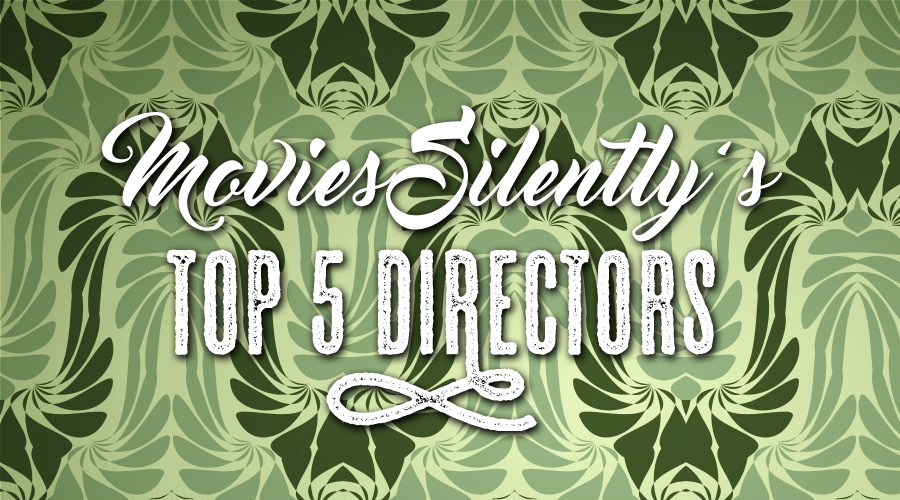 Here are some things to keep in mind:

The directors will be judged by their silent films only. It may be that a really famous director made some silent films but if their best work was in the talkies, they probably won’t make the list. On the other hand, some directors were just smashing in the silents but fizzled in sound. They will still make the list because their best work falls in our period of interest.

The ultimate criteria: my pocketbook. The biggest factor in judging my favorites is to ask a question. If a new film of theirs is discovered and released, how long will I hesitate before buying it?

“I’m surprised you didn’t include (XYZ).” So am I! It’s almost like people have different taste or something!

Update: I suppose I should emphasize that these are my top five favorites. I’m not saying they are the five best silent directors of all time because how could that possibly be quantified? This is purely about my enjoyment of their work and I have never made any secret of the fact that I am an advocate for mainstream Hollywood crowdpleasers of the silent era. I hope this takes care of some of the more… impassioned responses I have received.

So here are the top five and it was extremely difficult to narrow it down, believe you me. I was obsessing and switching out directors right up to the time of publication.

Where applicable, I will link to my reviews of the films I mention.

He’s known as a comedy star but Chaplin almost immediately added directing to his list of accomplishments. His style is often dismissed as simplistic but he threw in just enough flourishes to keep things interesting. In any case, his real talent was coaxing performances out of his co-stars. While many of his comedy contemporaries made “The Girl” or “The Kid” a blank slate to splash gags on, Chaplin at his best made his co-stars the emotional center of his films. It wasn’t always an easy process but it is rewarding to the viewer.

What he made: While he did dabble in drama, Chaplin’s reputation is accurate: he was about the comedy and the emotion.

You should watch: This is a matter of opinion but I think The Kid and City Lights really capture what made Chaplin so popular with audiences in his day and why he continues to be popular now.

Vidor was a versatile director who jumped from genre to genre but he always managed to find the humanity in his characters. His movies aren’t the flashiest but the they are the most memorable.

What he made: I know, I know, The Big Parade, The Crowd, etc. You know what, though? What really won me over to the Vidor camp was the pair of comedies he made with Marion Davies at the end of the silent era. The Patsy and Show People showcased Davies’ comedic talents and her sparkling personality with great finesse.

You should watch: Go for extremes and watch a double feature of the war classic The Big Parade and the darling comedy Show People.

Paul Leni has relatively few films available for viewing by the general public but what is there is amazing. Leni’s pictures were marked by a distinct and vivid artistic vision and a flair for the macabre. They also have a lightness and playfulness often missing from darker fare.

What he made: Leni’s available films embraced the dark side of human nature and looked for humor and redemption in flawed characters. He was also out to entertain and have a good time with his films and this sense of fun is a reason why his films are so accessible to newcomers to silent film.

You should watch: Contrast Leni’s more serious material in Waxworks (a carnival funhouse of paranoia and strange humor) with his light Old Dark House yarn The Cat and the Canary. Great stuff!

This will probably come as no surprise. Lubitsch is a director who thrived in both silence and sound, bringing his distinct touch of wit and naughtiness to decades of motion pictures.

What he made: Lubitsch’s silent career in Germany was split between saucy comedies and enormous epics. Once he came to Hollywood, he dabbled in costume films once again but his talent for sophisticated comedy made him a valuable commodity.

You should watch: Enjoy Lubitsch’s transition from his raucous German style in The Oyster Princess to his Hollywood Style in The Marriage Circle.

I thought long and hard about this selection. In the end, I had to refer back to my own goal for this post: Who is the director whose work I will buy without a moment’s hesitation? And the answer is DeMille.

I know, I know, his dialogue is dreadful. But we’re talking about silent movies, remember? 75% of DeMille’s body of work is silent but it is often completely ignored. If you are a brave little cineaste, though, and take the plunge, you will soon see that there is a lot more to DeMille than you may have thought.

He spent the first couple years of his career directing anything that came his way: drama, comedy, wartime romance, westerns, humorous westerns, social commentary… And then he discovered lavish marital dramedies. What? No biblical epics? Well, there were two (three if you count Joan the Woman) but DeMille’s default genres were westerns and those dramedies.

I didn’t think much of DeMille myself until I had a viewing marathon to observe the centennial year of his debut and darn if I didn’t emerge really liking the guy and his movies. The plots are often nuts but that’s a lot of the fun. The costumes of prime DeMille silents are fabulous (many by Adrian and Natacha Rambova) but don’t overlook the relative grit of his early work. It’s rewarding in its own way.

Do yourself a favor and check out some of DeMille’s silent work. Even if you intermittently snickered and snored through, say, The Ten Commandments, give his silent stuff a try. You may or may not like it but I guarantee you will not find it boring.

What he made: DeMille’s name is synonymous with religious epics they make up a relatively small portion of his overall output. Romantic comedies and westerns were more his style in the silent era, though he worked in just about every popular genre of the time.

You should watch: The Cheat is a sleazy masterpiece without a single likable character to its name. Why Change Your Wife is a sassy marital comedy with gorgeous costumes. The Volga Boatman is trash but it’s fun trash and that’s all that counts.