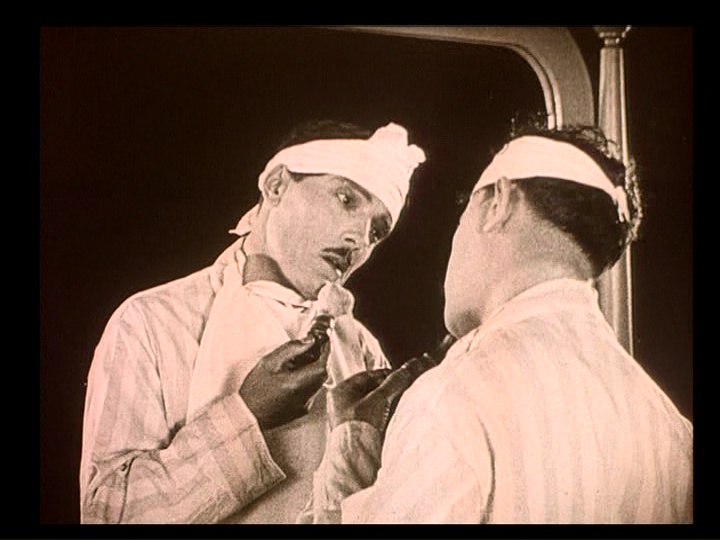 The theme for this month is Seeing Double. I am going to be reviewing films in which the same actor plays at least two parts.

Actors took on extra roles for various reasons: to demonstrate their acting virtuosity, to break type casting, to connect a child’s story to their parent’s, to produce comedy and just because they could!

I will be posting some reviews soon (I am am technically still on vacation) but I will share some double roles in films I have already reviewed:

Son of the Sheik (Rudolph Valentino plays father and son)

Charlie Chaplin takes on the parts of two rowdy theater-goers: A plush lush and a rowdy boozer.

Vilma Banky plays both mother and daughter in the desert-set tale. Ronald Colman and a very young Gary Cooper co-star.

Buster Keaton takes on dozens of roles in this famous comedy about life backstage.

Lupino Lane plays every single part in this uproarious comedy short from the very end of the silent era.