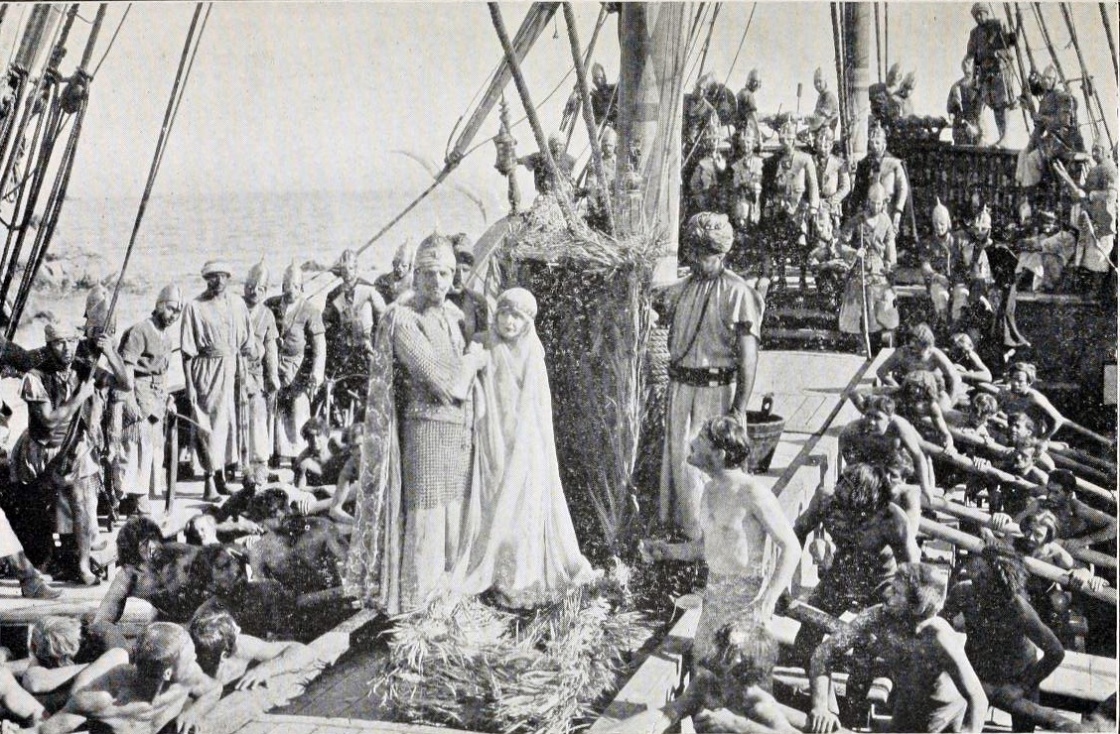 We’re back with another list of top 10 films as published in the Film Daily. This lists were created by asking top critics to vote on the best films of the year, though wonky release dates sometimes mean that years don’t always match. First, we took a look at 1922 and then on to 1923. Since 1924 cinema just entered the public domain, the time seemed right to showcase the critic’s choices.

The original list was published from highest number of votes to lowest and I will be replicating that format here. Enjoy!

The Thief of Bagdad

Douglas Fairbanks gambled that the public would love his opulent Arabian Nights fantasy and he proved to be absolutely correct. Critics and audiences alike were gaga over the expensive sets, top notch special effects and Douglas in harem pants.

Only separated from The Thief of Bagdad by a single vote, this picture absolutely holds up. Technically a swashbuckler, it includes themes of revenge, forgiveness and religious conversion wrapped in an exciting, bloody package complete with full-size ship battles. It’s one of my favorites and I cannot recommend it highly enough.

Rudolph Valentino’s French confection takes third place. Someone in these critic circles could not get enough of director Sidney Olcott but I think his leaden direction is the weak link and NOT Natacha Rambova’s sumptuous costumes.

1924 was all about the costumes, wasn’t it? John Barrymore’s Regency drama seizes fourth place with its passion for fashion. But who can deny that Barrymore wears a cravat and cape extremely well?

Norma Talmadge’s version of this story is not as famous as the Mary Pickford remake but it clearly made an impression on critics and earned the fifth slot on this list. Talmadge was at her peak at the time, recently named one of the top box office draws in America.

Ernst Lubitsch’s signature blend of sophistication and wit earned this picture the sixth slot on the list. The picture also proved to be a showcase for Marie Prevost, who proved her ability to charm even out of a Sennett bathing costume. This is also the first picture on this list to have a 100% modern setting.

Cecil B. DeMille’s religious epic takes seventh place on this list. Unlike its later sound remake, this picture is split between a biblical flashback and a modern story illustrating the lessons of text. Big in every sense of the word.

This little comedy gem from Harold Lloyd earned a well-deserved eighth place on the list. One of Lloyd’s best features, it also showcases the charm and wit of co-star Jobyna Ralston. Another big favorite of mine and definitely a must-see.

You can read my review here.

Another historical picture, this one focusing on, well, the president. Civil War nostalgia was still at a high so this picture was very much giving the public what it wanted. It ran 15 reels (yipes!) at its premiere but, alas, only fragments remain.

Info on its survival status.

And the list concludes with another costume picture. This one was D.W. Griffith’s attempt to conquer the American Revolution but it wasn’t the success anyone had hoped for. Still, critics liked it well enough for it to claim the tenth and final slot.

What do you think? Did this list reflect the real best of 1924, as far as we can tell? I personally am tickled by The Sea Hawk‘s high placement but what films do you think deserved to be included?