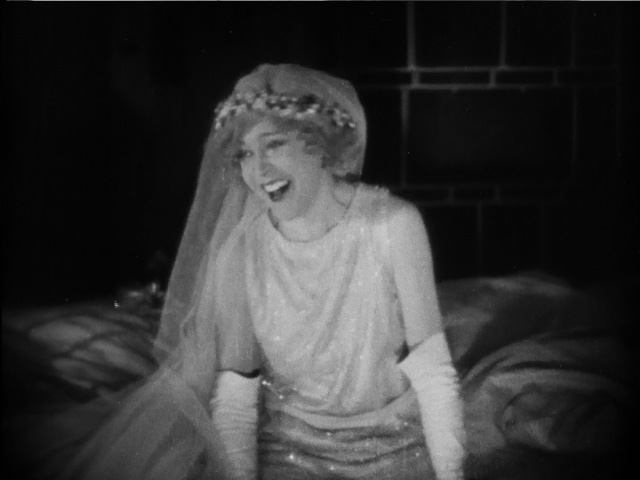 I was flipping my way through some fan magazines when I found a brief series in which film stars shared their funniest stories in 1923 issues of Motion Picture Magazine. Well, that certainly deserves to be shared so here we are!

About a quarter of the jokes were racist so I am not publishing those. Corinne Griffith, Walter Hiers and Gaston Glass are on report. (And, yes, I am looking at context and, last I checked, people didn’t like to be made fun of in the silent era either.)

Barbara La Marr is more famous for her tragic death than her films, alas, but should you wish to see her on the screen, The Prisoner of Zenda is a nice showcase.

In a little town not far from Inverness, Scotland, young Angus MacTavis worked in the grocery store of Donald MacFeckle. Angus was completing his evening chores one evening when his master’s voice sounded from the Head of the stairway.
“Angus, lad, have ye sanded the sugar?”
“Aye,” replied Angus.
“Have ye watered the milk?”
“Aye.”
“Vury well, then, Angus. Come ye up tu evening
p-r-rayer-ers.”

A play on the cheap Scotsman stereotype. I left this one in because the stereotype has been losing its power and I don’t see anyone leading protests for, say, Scotch tape to change its branding. Plus, since there’s a Scottish branch to my family, I feel comfortable publishing this.

Betty Blythe was quite the statuesque beauty, not quite a vamp but definitely impressive in appearance. You can see her play opposite Lon Chaney in Nomads of the North.

The foreman reported that the jury were unable to agree upon a verdict. The judge rebuked them, saying that the case was a very clear one, and remanded them back to the jury room for further deliberation.
“And if you do not reach an agreement before evening,” the judge added, “I will have twelve suppers sent into you.”
“May it please your honor,” spoke up the foreman in an irritated tone, “you had better make it eleven suppers and a bundle of hay.”

That was cute! I approve! (Hay for the mule-stubborn juror, of course.) I have not yet reviewed a Clara Kimball Young picture but Flicker Alley did release Eyes of Youth on Bluray recently and it also featured Milton Sills and a young up-and-comer named Rudolph Valentino.

A very little boy had a very bad habit of telling very big falsehoods. His mother sought to correct this.
One day he rushed in with wide eyes. “O mother, I just saw a lion on the front porch.”
His mother looked and saw the neighbor’s dog sheared like a lion. But the little boy stuck to his story. Finally he admitted his fabrication. He was sent upstairs to stay thirty minutes and ask God’s forgiveness. Finally he came tripping down, and his mother questioned, “Did you admit your guilt to God?”
“Oh yes,” was the flippant answer, “God said it would be all right — he thought it was a lion himself when he first saw it.”

I used to use cornstarch to turn my very patient black cat into a skunk, so I cannot condemn the child. Blanche Sweet was quite excellent in The Captive, if you are interested in seeing her in action.

A United States Marine was taken captive by the Germans at Chateau-Thierry. He was able to speak German and he made life miserable for his guards.
His favorite greeting which he worked overtime was: “Well, I guess we Yanks certainly made it hot for you Heinies at Chateau-Thierry.”
His arrogance got beyond all bearing and a sergeant complained to his commanding officer who ordered the prisoner brought before him.
“You will have either to take the oath of allegiance to the German flag or face the firing squad,” he said.
The American took the oath but a few moments later was heard chuckling softly. The commanding officer told him to state the cause of his mirth.
“I was just thinking, general,” he replied, “those Yanks certainly gave us Heinies hell at Chateau-Thierry.”

Okay, now THAT’S funny! I actually lol’d but I have a weird sense of humor. “Heinies” was a popular derogatory term for German soldiers, derived from the common name of Heinrich. If you want to see Mae Murray in action, The Merry Widow is generally reckoned to be her best.

Which jokes did you like the best? Which one of these ladies do you think was the funniest? Do share your opinions!