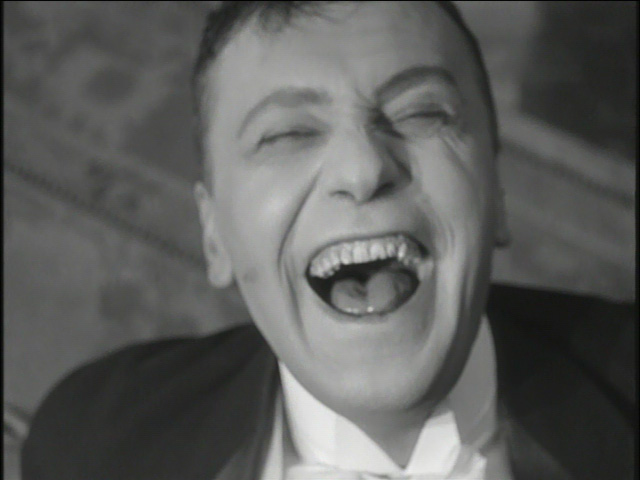 I was flipping through old film magazines and discovered a fascinating little article in the September 1918 issue of Photoplay. Written by Homer Coy, it lists five sure secrets of then-current screen comedy… and creates a little mystery.

First, The Five Funniest Things in the World, per Mr. Coy:

“The fifth scene that can always be counted on to make an audience laugh is
for a man to assume a woman’s clothes. If the man happens to be stout all the better and if he should happen to so manipulate his skirts as to show a flash of underwear still better. But strange as it may seem the placing of a woman in man’s apparel is not funny. Many directors staked their pictures and their reputations on this reverse to find that an audience will not laugh at a woman in overalls. If she is the possessor of a pretty face they will think her cute, but never funny. Nor must she stay too long in overalls. If she does her, appeal is gone and the scene is lost. Just a flash and then back to more conventional attire.”

So much to unpack. So, so much. I have a toothache too. Mr. Coy would likely have been surprised by Ossi Oswalda and Ernst Lubitsch’s farce, I Don’t Want to Be a Man.

Number Four: The Expected and the Unexpected

“Audiences are always amused by two things: by something unexpected and by something anticipated. A waiter takes a piece of pie and, standing behind a swinging door, waits to reek revenge on a fellow waiter when the door opens and instead of the other waiter in comes the manager of the restaurant. The manager gets the pie. The scene never fails to arouse the desired laughter; it succeeds by reason of its element of surprise.

On the other hand the element of anticipation is just as strong and is made use of almost wholly in situations employing explosives. A set is erected with a number of bottles labeled “nitro-glycerine” or “dynamite” and an actor comes in in comedy make-up and begins to smoke. Throwing his match aside it sets fire to a fuse. The fuse begins to splutter while he smokes on unmindful. On such an occasion an audience never fails to give vent to its sense of the incongruous. If it should stop to reason that real explosives were not being used and that in reality the labeled bottles were empty, it would see the evident pretenses of the scene; but it never does. It always feels sure that in another moment the powder will blow the innocent person four ways from the post office and as a result pounds its palms in approval.”

Number Three: Fall in the Water

“In experimenting with the sense of humor it was discovered that there was something irresistibly amusing in seeing some one fall into water. Particularly amusing it was found by comedy directors to see a dignified, silk-hatted individual going along and then to have him meet with an unfortuitous catastrophe such as stopping on a bridge to lean against the banister to admire the graceful swans and then to have the banister give quickly and unexpectedly away. Knowing well that a fall of six or eight feet into water would not hurt him, audiences gave themselves up to the full enjoyment of the situation.”

If you find yourself in a silent comedy, avoid stairs and banisters at all costs!

Number Two: A Waiter Falling Down and Breaking Dishes

“The second funniest thing in the world is for a waiter to fall down stairs with a tray of dishes. Over and over the situation has been worked and yet it never grows old. Sometimes he is craning his neck to see a pretty girl and lands at the newel post; sometimes it is because he has been out the night before and is too sleepy to have the necessary care; sometimes he is being pursued by his wife and in his eagerness to get away makes a misstep that ends calamitously.”

The newel post is one of the fancy posts you find on a flight of stairs, by the way. And is it just me or does Coy have a thing about waiters?

“The funniest thing in the world is for one person to hit another with a pie. Crude as this may sound it has made more people laugh than any other situation in motion pictures. It was first discovered twelve years ago and has been a constant expedient ever since without, so far as can be discovered, any diminution of appreciation. It has made millions laugh and tonight will make a hundred thousand more voice their appreciation in laryngeal outbursts. It is the one situation that can always be depended on.”

Mr. Flip (1909) is often credited as the first cinematic pie in the face but I debunked that notion soundly in my review with two references to earlier pie-ings from 1903 and 1905.