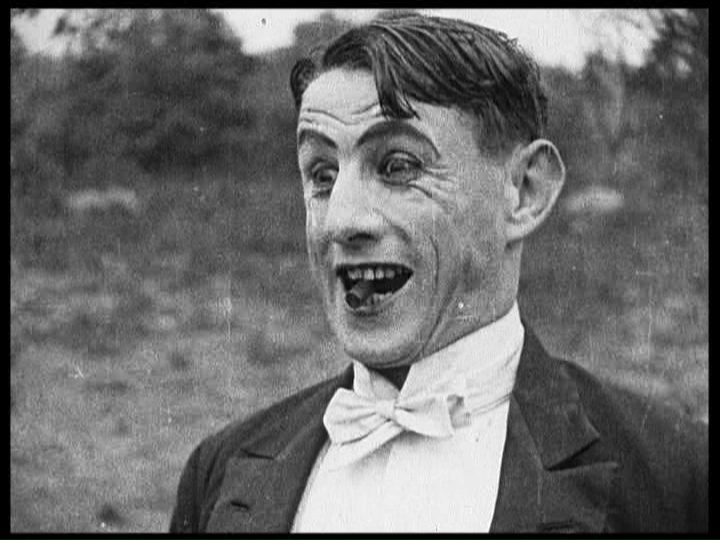 Unboxing the Silents by Movies SilentlyMarch 7, 2018

Marcel Perez was born in Spain but his film career was truly international. Thanks to a successful Kickstarter campaign, Ben Model’s Undercrank Productions has released a second volume of this forgotten comedian’s work.

Disclosure: I backed Ben Model’s Kickstarter to release this DVD and have engaged his musical services for a project of my own. 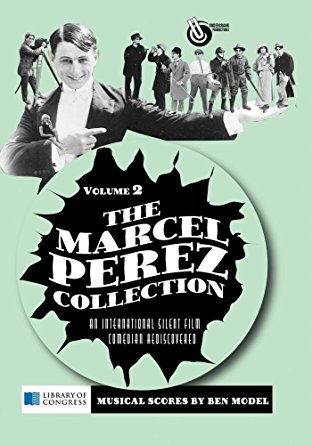 The collection is now available for sale to all on DVD. You can also purchase volume one and the companion booklet by Steve Massa.

This disc contains rare, one-of-a-kind material. Most of these orphans have scars from their years in the wilderness: lost title cards, missing footage, lost reels. This is not a complaint, merely a statement to let viewers know what they are in for. Marcel Perez’s film legacy has been scattered to the four winds over the past century and we are fortunate that these films can finally be seen again. These are the kind of gems that normally stay locked away in archives, seen only by historians and the occasional film festival-goer.

The set is made up of films released between 1907 and 1923, almost the entire breadth of Perez’s career.

The Near Sighted Cyclist is the oldest film in the collection, the title doubles as the plot synopsis.

Some Hero is a spoof of melodramas and serials like The Perils of Pauline.

Lend Me Your Wife is also missing its titles but we get to enjoy Perez’s physical comedy.

A Scrambled Honeymoon is missing its second reel but the first is included here and it’s quite droll.

Oh! What a Day: This rare short has been reconstructed from two different prints for this release. What a treat!

Chickens in Turkey is a recent rediscovery and part of the popular harem high jinks comedy genre.

We get the first reel of Pinched. Check out that adorable tulip skirt!

Wild is a western spoof and was saved thanks to being released on the 16mm. It’s a rambunctious little western farce.

The collection ends with a fragment from near the end of Perez’s film career.

As you can see, we have quite a mix in this disc and a chance to see some of the rarest of rare comedy footage. This is quite a treasure chest.

You can learn more and order a copy here.