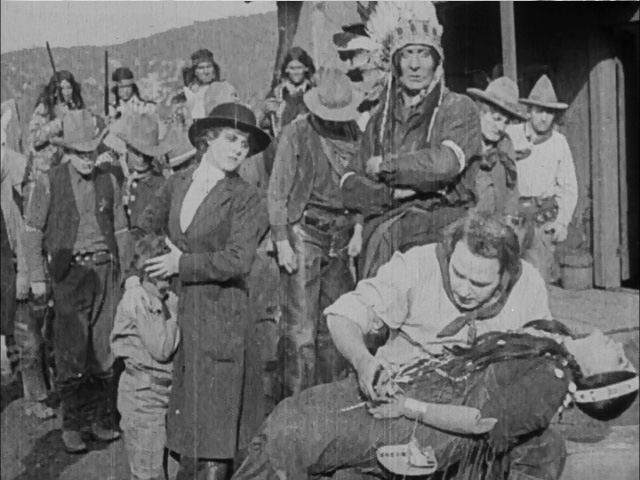 On February 17, 1914, motion picture audiences were presented with both a new movie company (the future Paramount Pictures) and a new director, Cecil B. DeMille. The centenary of this debut is a cause for celebration and everyone is invited to my DeMille centennial bash.

First, let’s look at the thorny reputation of the man himself.

Mr. DeMille invokes a complicated response from most movie fans and critics. Are his films humorless religious tracts, muddled historical messes or meandering bits of hokum? His work has been called bloated, cynically commercial and even “middle class.” (The last jibe frankly says more about the critics than Mr. DeMille.)

If you told the pre-silent me that I would be a DeMille fan, I would have laughed. Like most carbon-based lifeforms, I had caught 1956 version of The Ten Commandments on television and I had seen The Crusades, The Plainsman, as well as a handful of other DeMille spectacles. To say I was unimpressed would be an understatement. The movies were rife with dreadful dialogue, stuffy set pieces and stilted acting. Why in the world would I subject myself to more of the same?

Well, I got into silent films and I kept reading about a movie called The Cheat. I was intrigued by its use of a Japanese leading man but put off by the DeMille brand. Finally, though, I gave in and grabbed a DVD of the film.

It’s safe to say that I was blown away. The stunning cinematography, the snappy pace, the gorgeous lighting… I had to see more and the DVD fortunately also contained the DeMille version of Carmen. I was even more impressed. Passionate performances, a delightful balance of cultural and cinematic elements, this movie had beauty and brains.

I became intrigued with DeMille. Who was this director and how did he go from the fast-paced delights of the 1910’s to the bloated epics of the sound era? What I discovered was a complicated man who was equal parts brilliant and infuriating, innovative and hackneyed. One thing he was not was boring.

DeMille is credited with directing 80 motion pictures and oversaw the production of dozens more. Of that 80, only 19 are sound films. Much of the DeMille criticism is based on just a handful of his talkies and if you have only seen DeMille’s talkies, you’re getting less than a quarter of the story.

Cecil B. DeMille’s career began with snappy botboilers, dipped its toe in epics, drew back and then segued into marital comedies, pounced back into epics and all the while dabbled in social commentary. And that was before talkies were a twinkle in Al Jolson’s eye! I am going to try to give you a nice cross-section of a varied and exciting career.

Here are the DeMille silents that I have already reviewed:

Why Change Your Wife?

Cecil B. DeMille’s long career meant that a good number of up-and-comers crossed paths with him on their way to the top. Take Adam’s Rib, a film with a subplot involving a paleontologist and a flapper. Dinosaur bones and a dizzy dame? Sounds familiar… Should I mention that DeMille was employee a propman named Howard Hawks?

DeMille wows with this dark, twisted tale of a guilty conscience and a dead body or two. Think DeMille was tied to epics and couldn’t make an intimate character study? Prepare for a shock!

We all have to start somewhere and DeMille’s first film as director was also one of the very first feature films made in Hollywood. But did you know the behind-the-scenes story is even more fascinating than the film itself?

DeMille tried his hand at running an entire studio and The Road to Yesterday was the very first film he released in that endeavor. It also features William “Hopalong Cassidy” Boyd and Joseph Schildkraut.