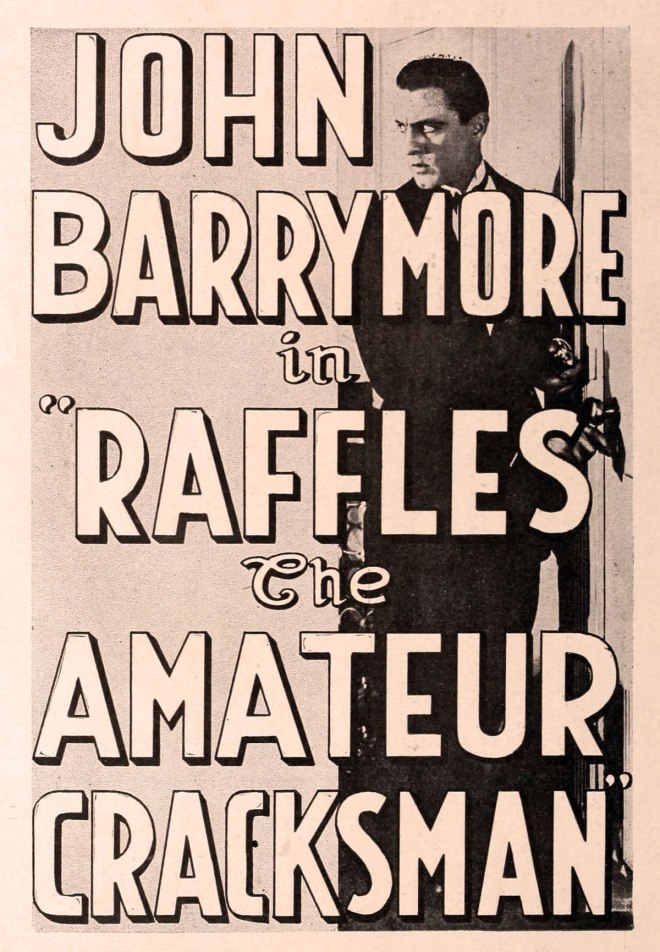 John Barrymore is Raffles, the oft-filmed cricketer and gentleman crook. This time, he is out to steal a priceless necklace. Frank Morgan (two decades before Oz the Great and Powerful) is his best pal and helper, Bunny. However, a shady lady from John’s past threatens to ruin everything.

The plot is fun, I liked the leads and there’s a nice little jewel theft during the opening but the picture is done in by plodding pace and way too many intertitles. Morgan and Barrymore are the best things in the film but they cannot save it.

(I much preferred the book by E.W. Hornung, who was Arthur Conan Doyle’s brother-in-law. The Raffles series can be seen as a conscious criminal counterpoint to the Sherlock Holmes mysteries. You can read a public domain copy here.)

Raffles lives to rob another day.

If it were a dessert it would be: Day-old chocolate box cake. Perfectly serviceable but nobody’s first choice.

Availability: Released on DVD with the 1925 film Raffles.