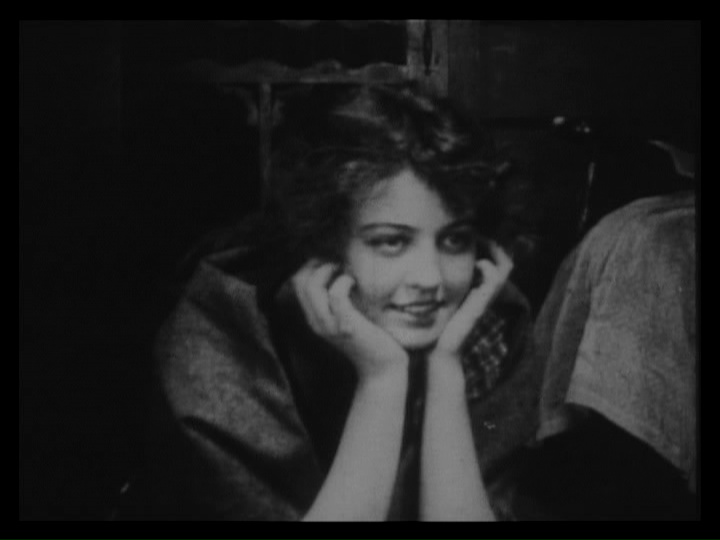 Poems and other creative writing tidbits dedicated to silent stars is not unusual but this little piece in a 1922 issue of Motion Picture Magazine is a bit different because the author of these poems was Doris Kenyon, a popular star herself.

If you want to see Doris in action, I recommend A Girl’s Folly, which is all about a country girl running off to Fort Lee, New Jersey to become a movie star. (It’s the header image.) But today, our focus is on Kenyon’s poetry chops.

Arpeggios on a piano;
Puck full of cocktails;
A frog sitting on a lily pad,
Winking at a dragonfly;
The school dunce graduating
With honors.

Frosting on a birthday cake;
A butterfly alight on a back-comb;
A Stutz roadster on an open-road;
Pink lemonade and popcorn at a circus;
The click of jeweled heels on a polished dance-floor;
The willow shining her finger-tips in a silvery stream ;
Eyes full of tinkling songs ;
And a blase debutante at a Russian opera.

Muted strings on a violin;
Eros dressed in overalls;
Scent of new-mown hay under a summer shower;
Ideals and ideas woven into a May basket ;
A country lane carpeted with apple blossom petals;
Tobacco jar and slippers by a fireplace;
Summer vows kept down the years;
And pictures in a camp fire.

Silent prayer falling softly on the night;
Wisteria hanging over an arbor of dreams;
Fairy spray from the wave of success;
The vesper song of the hermit thrush;
Water-Iilies shining in the dusk;
Lotus-bud hands clasped over the head of a child;
Debussy’s notes painted by Romney’s brush;
And the reflection of a humming-bird’s wing
On a star.

A smoldering volcano;
The hot breath of a bull at bay;
A gondola melting into the sunset;
A Spanish love-song with
An accompaniment of clashing swords;
A heart-shaped valentine bought by every girl;
The drooping eyes of the camel
Reflecting nothing, yet revealing all;
A muezzin’s daybreak call from a minaret;
And a sword of steel in a velvet sheath.

Some drops of perfume spilled on a miniature;
The graciousness of a queen with
The understanding of a hand-maiden;
A Salvation Army lassie with a Fifth Avenue style;
Madame Récamier serving tea at the Ritz;
Candles burning at the altar at twilight;
Arbutus on a gleaming hillside;
All dreams we dream at dusk;
Which is itself a dream;
And the genius of simplicity.

While the other stars should be pretty familiar to most silent fans (and if they aren’t, you have yourself a nice little list of big names to check out and enjoy) Madge Kennedy is a little more obscure. While her later work in supporting talkie roles is easy to come by, the only film that seems to be available to the public is The Danger Game. (It was released recently on DVD by Milestone as part of their Fort Lee filmmaking set The Champion.)

As for the poetry, I am afraid I am a terrible judge of it so you will have to make that call yourself. I have certainly never heard of Valentino being compared to a camel before, that’s for sure.