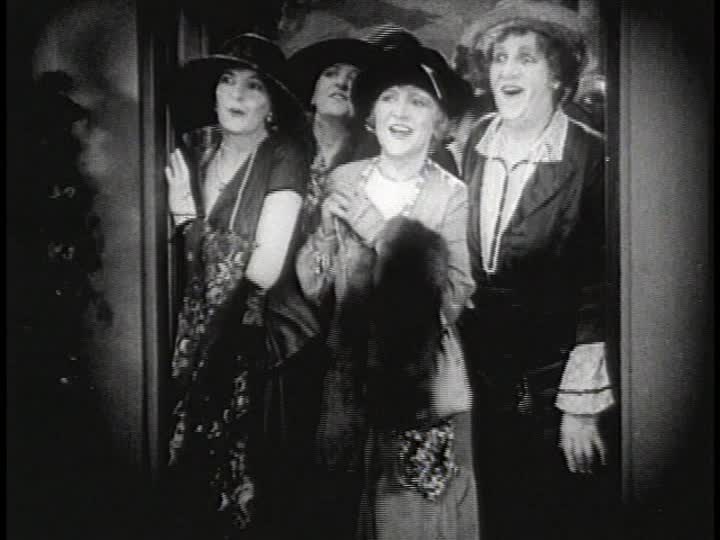 Thirsting for Celebrities: A 1925 Critic Shares Her Movie Star Crushes

There was a recent kerfuffle on Film Twitter that involved someone shaming modern critics for “thirsting after” movie stars. Well, as is always the case, the silent era did it first. I stumbled across this 1925 article in Photoplay and it’s too fun to keep to myself.

The critic in question is Harriette Underhill and lest you think that this is a mere case of admiration, she sets us straight at once:

(I will link to my reviews of referenced films where available.)

“It is borne upon me that ‘Men I Like’ is no name for what I am about to set down. Ah no! My burning confessions never can be segregated around that mild verb “like.” If I am to write of the men I like I might say, “I like Claude Gillingwater because he has a fine sense of humor, and George Fawcett because he has an interesting mind, or Tully Marshall because he was once my kind and helpful stage director when I was an actress. Yet where is the woman who dares to come out boldly and write of “The Men I Love”? Now, I possess not only convictions but also courage, but it sounds much more decorous to write of ‘Men I should love to love if I were a heroine of fiction.’ Of course, no woman thoroughly enjoys a picture, unless she can fancy herself the heroine of the tale she is watching on the screen, and being a critic does not dull a woman’s capacity for the vicarious thrill.”

Harriette makes her taste known pretty early and she is Team Erich.

“I doubt if I should ever tire of him — if I were a lady of the screen; but if I did it would be because Rudolph Valentino had laid siege to my heart. As a matter of fact I am not quite sure which one of these two gentlemen the lady on the screen loves best to love.”

“When I, as the lady of the screen, am in a faithful mood, I love Tommy Meighan. He isso strong and handsome and good. No dear old white-haired mother of the screen ever would regret having married her daughter to Tommy. But if I felt too lonely and dull when he went away on his business trips, I should choose Adolphe Menjou to play around with while my fireside companion was away. “

“I should love to go out with Adolphe to some of those De Mille cabaret places and dance and toss balloons in the air and drink nice light wines. If, in one of those night clubs, I should meet Ricardo Cortez, it would give me a tremendous thrill but I should dance with him only once. Because as the lady of the screen, I think I could recognize that fact that Ricardo is dangerous. Handsome and fascinating but of no use whatsoever, if one is thinking of celebrating a “safe and sane” Fourth.”

“When I find myself a screen apache, I want nobody but Charles de Roche for “Mon Homme.” How I love him when he strangles me, hurls me to the ground, and then drags me into the embrace of that mad, mad dance! And once, when I was a gypsy maid, defending myself with a dagger from the advances of all the nomad squires, it was de Roche who tamed me and made me his humble and adoring slave.”

TMI, Harriette! TMI! Yipes. This is a family publication.

“Somehow, when I see Ramon Novarro on the screen, I automatically find myself in the role of friendly adviser but never in the role of heroine. Ramon, too, can tear this heart to tatters but only in sympathy for his sorrows if he has them, and he so often has them in his pictures.”

“Of all the beautiful Nordic heroes Kenneth Harlan was once my choice. No handsomer man than was Kenneth six years ago ever cast a shadow on the screen, and even three years ago when I saw him in that marvelous colored film, “Toll of the Sea,” I voted him my favorite hero. But Kenneth must watch his girth control. Nobody loves a fat man and Kenneth confided to me that if he sniffed at a bowl of rice pudding he put on ten pounds.”

Meow! Interestingly enough, a decade later, Harlan would co-write a celebrity cookbook entitled What Actors Eat… When They Eat!

“Now of course you are thinking that Conrad Nagel is blond and that he is also slender, but I never have the slightest desire to be the girl on the screen in the pictures Conrad appears in. He never seems to be having a good time! “

“Lewis Stone always had seemed to me to come under the head of “Sterling Actor” until Rex Ingram discovered that he was a romantic actor and cast him in the “Prisoner of Zenda.” Here the usual process was reversed. Instead of the actor bringing something to the part, the part brought something to the actor — something which he never has lost.”

“In writing of Lewis Stone, I said that a part does sometimes invest a man with an entirely new personality. This is true of John Gilbert in a greater degree than even I had dreamed was possible. When viewed in the guise of Monte Cristo, and a half dozen other noble characters of fiction, he left me cold, almost to the freezing point. In the scale of screen lovers I should have marked Mr. Gilbert “less than adequate” and then along came “His Hour”‘ and it was, indeed, his hour. Where he had been mediocre he became fascinating and from passable he rose to stunning! Almost immediately I felt the cosmic urge urging me to become the heroine of that picture and irrevocably John Gilbert has gone in our list of irresistibles away up near the top. Whether he met with a change of personality or I met with a change of heart matters not, for “nothing is but thinking makes it so” is more true of love than of any other thing in the world.”

His Hour is preserved by MoMA. Here’s hoping for a release if and when 1924 enters the public domain!

I have purposely left Richard Barthelmess to the last because I couldn’t decide where to put him. Perhaps the fact that I know Mr. Barthelmess so well influences me but it always seems to me that my interest in him is cerebral rather than cardiac. I might suffer with the hero but never for him. The only time Richard appeared to me in a romantic light was in “The Fighting Blade.” His most beautiful performance, however, was in “The Enchanted Cottage.” Still I remember that the feelings it aroused in me were not of the earth earthy. Instead of a desire to be the girl on the screen and Richard’s leading lady, I was animated with philanthropic purposes to such an extent that I haven’t yet been able to get caught up in the things I gave away the day I viewed that picture. But if I loved the hero of “The Enchanted Cottage” it was only with that love which is akin to pity. And if this be treason, make the most of it.

The Fighting Blade is preserved by UCLA.

So there you have it. A critic thirsting after stars in black and white. Some of the entries were a bit too dishing but all in all, these were among the most desirable dudes of 1925.