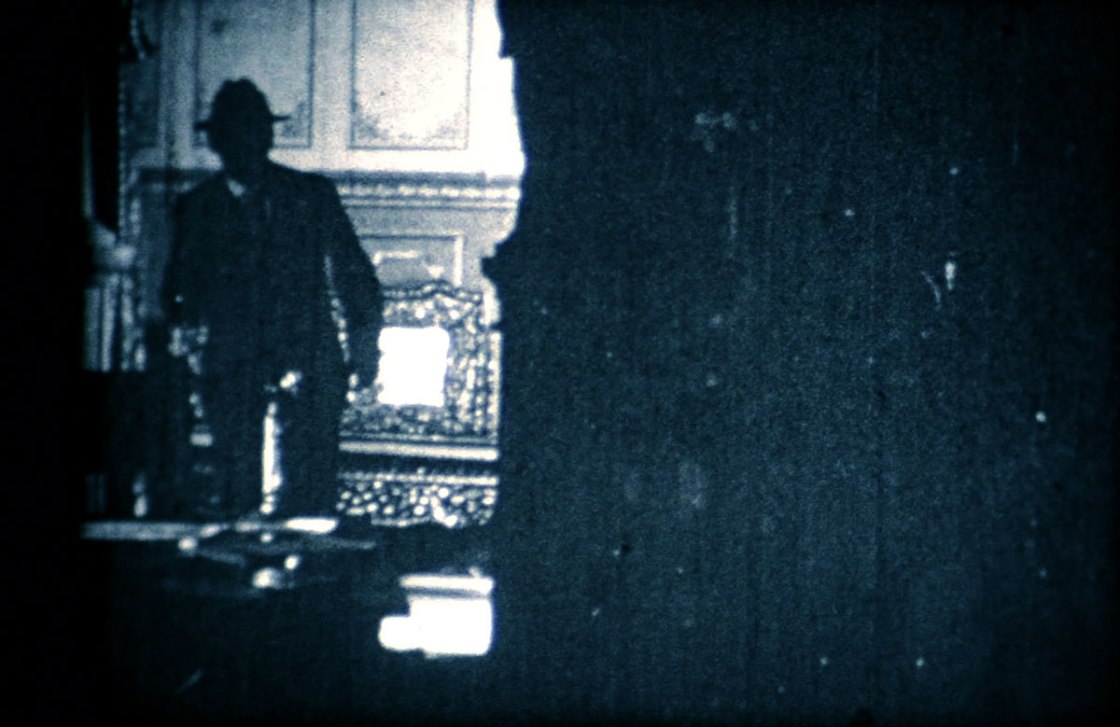 After Midnight (1915) A Silent Film Review

Gilbert Anderson was better known as Broncho Billy but he hangs up his spurs in exchange for some lockpicks in this drama about a burglar and an abusive husband.

Home Media Availability: Not yet available on home video.

A Burglar’s Work is Never Done

Thanks to Christopher Bird for sharing his print of After Midnight! (Alas, it’s not London After Midnight but I hope you will stay for the review anyway.)

Broncho Billy Anderson is famous as one of the pioneer western stars of the American film industry but he was also the “A” at Essanay, one of the big players in the 1910s. Essanay, like many of the other heavy hitters, started the 1910s full of promise but didn’t survive the decade as an independent concern. Edison, Lubin, Biograph, Kalem, Selig… Few people realize how the War, the switch to features and the consolidation of American film production in Hollywood were, if anything, more disruptive than the transition to talkies.

In the case of Essanay, 1915 was a momentous year. The studio lost the services of Charlie Chaplin and then-reigning it couple Francis X. Bushman and Beverly Bayne by the end of the year. They still had Broncho Billy, of course, but westerns were getting longer and more complex thanks to a new crop of stars such as William S. Hart. Like most of its nickelodeon brethren, Essanay held onto the production of dramatic short films long after it was obvious that features were the way forward.

Being an armchair mogul is easy, of course, but it does seem rather curious that in March and April of 1915, Essanay released a handful of films featuring Anderson as a burglar rather than his popular Broncho Billy character. I understand the desire to shake things up a bit—most of the major western stars tried their hands at other genres, Mountie or lumberjack films at the very least—but the motivation here was likely the growing popularity of crime films, particularly ones dealing with the “regeneration” of criminals through social programs and crusading reformers. This wasn’t Anderson’s first time out of spurs but it did mark one of his more prolonged departures from westerns.

After Midnight is a strange, moody little picture about a burglar (Anderson) in a well-to-do flat. He is working on the safe but keeps being interrupted by the lady of the house (Marguerite Clayton, Essanay regular and Anderson’s usual co-star). Her husband (Lee Willard) is not yet home from his club and he refuses to return when she calls him.

When the husband finally does return home (Anderson ducks under a bench in the foyer), he is drunk and attempts to force himself on his wife. The terrible fight breaks out with both furniture and doors being destroyed in the process. Finally, Anderson can’t take any more and emerges to stand up for the wife.

(Spoilers from here on.) Clayton is surprised but grateful for the assistance. Willard is indignant, draws a gun on Anderson and, after Clayton refuses to do so, calls the police to report a burglar. We go a bit O. Henry from here because the wife turns the tables on her husband. As the police officers knock on the door of the apartment, she tells her husband that if he turns in Anderson, she will say that he is her “friend.”

Now, I think we can all take this to mean “friend” in the “nudge nudge, wink wink” sense, which is the only possible way to interpret it as a threat to the husband. Spousal abuse laws existed but not intensely enforced at the time and the criminalization of marital rape would not begin for another six decades. A man of Willard’s implied social position, on the other hand, would blanche at the notion of being “humiliated” by an unfaithful wife. (A woman, of course, was expected to grin and bear her husband’s peccadilloes.)

In short, Clayton was the victim of a toxic form of masculinity and turns the tables on her abuser by making use of that same toxicity. It’s a rather elegant trap.

Willard tells the police that it was all a big misunderstanding, the officers leaves and Anderson slips away as the couple reconciles. The last scene is of Willard collapsed over a table. I think it was meant to convey remorse but I like to think that Clayton slipped some barbiturates into his brandy.

As you can see, there’s a lot of meat on these bones. A synopsis published in a trade magazine adds a frame story explaining that Anderson only took to a life of crime out of desperation but the version I saw drops the viewer right into the story with zero explanation as to why the protagonist is a burglar. I really prefer this, to be honest, seeing as how modern filmmakers have less and less faith in their viewers and no minor character can exist without a prequel or spinoff explaining why they choose oatmeal over grits for breakfast. (A Star Wars prequel of a prequel was the last straw for me.) It’s refreshing to dive right into the story.

The acting is also rock solid with Anderson displaying a proper glower and Clayton showing the kind of fire that makes 1910s leading ladies so appealing. Willard does a decent drunk act too.

I have not viewed His Wife’s Secret, another Anderson the Burglar picture that co-stars Clayton and Willard as the householders, but His Regeneration is probably the most-viewed dramatic Essanay picture in modern times due to a brief and jarring cameo by Charlie Chaplin as his Tramp character. That movie is more by the book as a Bad Man meets Good Woman fable and suffers from comparison with Fox’s mean, gritty and rough Regeneration, released later in 1915. Both films feature a tough who is helped by a slumming philanthropic debutante but they are miles apart in production values and appeal.

(By the way, I have seen several books and essays on His Regeneration describe it as a Broncho Billy picture, which it most assuredly is not. All Broncho Billy pictures star Anderson but not all Anderson films are Broncho Billy pictures. This emphasizes the need for students of silent comedy to come up for air once in a while and take in some dramas. Not only are silent dramas enjoyable, they will also provide context for the comedy and help make the spoofs and silliness more understandable to modern viewers. I discuss this issue extensively in my reviews of The Frozen North and Burlesque on Carmen, the latter also covering the bitter and litigious split between Chaplin and Essanay.)

To put it frankly, Essanay films were starting to creak and badly, from their short length to their rather cheap-looking sets. Even more prestige feature productions like William Gillette’s Sherlock Holmes (1916) are hopelessly stagey and show almost no flair in production values. Compare what filmmakers like Raoul Walsh, Maurice Tourneur, Lois Weber, John Collins and Cecil B. DeMille were doing in 1915, 1916 and every single evaluation is to Essanay’s detriment.

So, with all this in mind, I have to say that I was impressed with the look and feel of After Midnight. There is an appealing ambiguity to the story and the moody darkness that covers most of the picture gives it a proto-noir look and disguises the inexpensive sets. One can easily see the concept being expanded and made in the 40s or 50s with, say, Richard Widmark. Heck, it probably was a noir film at some point for all I know, I haven’t seen them all.

The lighting is particularly nice with the characters switching the electric lights on and off as the story requires. Some films of the era relied entirely on tinting for the effect but After Midnight creatively uses genuine darkness and light as an excuse to play with shadows. (Cinematography and Shadows: Not invented in or exclusive to Germany.)

It’s a shame that His Regeneration is the Burglar Billy Anderson picture that most people will see because After Midnight is the superior product in nearly every way, with the exception of lacking a star cameo. But nobody ever said that the collective memory of film history was fair.

Not yet available on home video.