What if I told you that I could predict the state of motion pictures in the year 2100? That seems a bit bold, doesn’t it? Prognosticators have always been popular and comparing predictions to reality has provided hours of amusement over the years.

In a 1911 issue of Moving Picture News, Margaret I. MacDonald published a short piece boldly titled Moving Pictures in the Year 2000. Usually, these prediction articles are a little goofy and a lot of fun but what struck me about this piece is how clear eyed it is and how accurately it does predict much about the state of pictures almost ninety years later.

The article is also a product of its time and reflects the leftover 19th century optimism that preceded the First World War. It doesn’t get everything right but it is smart. I am reprinting the whole thing and hope you enjoy it as much as I did.

To add to the fun, I’ll be sprinkling in some posters from the year 2000 and 1911 to contrast the world of MacDonald with the one she was predicting.

MOVING PICTURES IN THE YEAR 2000

by Margaret I. MacDonald

Some few years ago — very few, by the way — a new mode of illustrating, entertaining, educating, was introduced. I remember the first glimpse of it that I saw, which, as a child impressed me very forcibly. I cannot tell now just what it was — I only remember that the moving of the figures over the canvas — real, live men and women, they were to me — was a thing of mystery, so wonderful that my child mind dared not even attempt to solve it. I think it was a bible story. I remember the passing of bearded men, with flowing robes, such as we see in the old portraits of the apostles. Probably it was a crude attempt at the Passion Play — who knows? I only remember gazing with wide-eyed wonderment at the astonishing feat performed by the means of photography.

Not one-quarter of the way through the present century dare we even imagine what the developments may be which will be reached by the time the year 2000 has stuck its cold nose through the chill, starry depths of a new year’s sky. Pathe, Lubin, and a score of other present-day film manufacturers will be a thing of the past. The train of pantomimic and dramatic artists, so skillful in their efforts to truthfully portray the scenes allotted to them, will have long since faded away down the dim aisles of the past, with a probable here-and-there exception who has been allowed to linger and look with material eyes through the glaze of age at developments which he, in his earlier days or even riper years, had never dreamed of.

It always seems a strange thing to me that, as the moving panorama of developments and events advances, so few of us realize the astounding changes that are taking place, the steady, continuous train of progression as it sweeps along, the reaching upward and outward of the temple of knowledge, piling up, tier upon tier, with cubes of invention and ingenuity from the brain of man as he develops and takes on the atmosphere of the plane upon which nature has accidentally thrown him. Is it because our terra firma moves along with the landscape? Probably so. Is it not true that although the planet upon which we live spins around in space at a tremendous speed, we are totally unconscious of the fact in so far as sensation goes?

Nevertheless we are advancing along the road of progression at a faster rate than the fastest express train that has ever been upon the rails. We cannot stay in the old playground if we would. With automobiles whizzing past us, the airships whirring above us, and a thousand other thrice wonderful innovations beating a deafening tattoo about us, we would require to be deaf, dumb and blind to be totally unimpressed by the fact that even though our own brains may be rusting in their ivory cases, there are others who have been using theirs at the rate of a mile a minute. 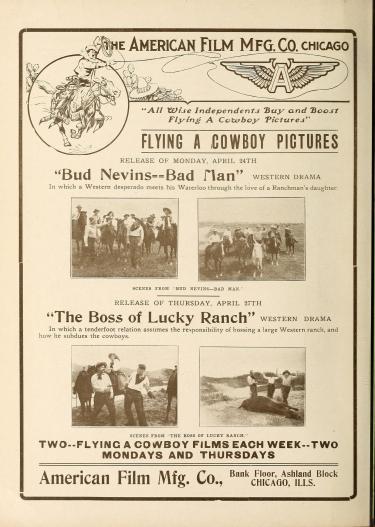 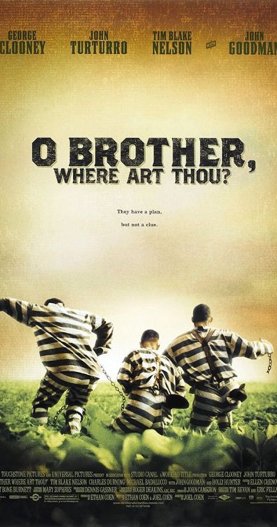 To say that the moving picture is one of the most wonderful innovations which recent years has given us, is only reiterating what has been repeated over and over again by a thousand different tongues. What wonderful dimensions the idea may arrive at by the commencement of the next century I am not prepared even to hint at. Whether the canvas will be done away with and the figures will be seen flitting about, spirit fashion, propelled and reflected by some electrical or gaseous method, through an abstract space, we do not know : whether by some trick of phonography or ventriloquism the figures will aid their pantomimic expressions by deep sonorous tones of dramatic marvel, proceeding apparently from the life-like shadows of things that have been, is a secret locked away in the treasure troves of the future. We only know that should we be favored with a peep into the world at the opening of the coming century we would be astounded at the replacement of things which, to us in our youth, seemed marvels of ingenuity and genius.

I love to sit and wonder and dream of the things that may be. I should love to linger on this material plane to see the dawning of the year 2000. I do not doubt that should some kind, superior spirit of the universe whisper to me some of the secrets for the prevention of the disintegration of that material temple of the soul, which will no doubt be known in that day, I should be as spry and chipper then as I am to-day, nearly ninety years in advance of that time.

MacDonald’s piece is sober, smart and her recognition that this year’s innovation is the next century’s quaint curiosity is one that modern moviegoers would do well to remember.

We didn’t have holographic films in 2000 but 3D had been an on-and-off fad for decades. Talkies were certainly present, of course, and doctors had not cured death. Lubin had indeed disappeared but Pathe is still alive and kicking, one of the oldest film companies in the world. (I believe Gaumont holds the title for oldest and longest continuously operating film company.) None of the big players from the 1911 American film industry exist anymore, though Carl Laemmle’s IMP was absorbed into Universal the next year, and names like Vitagraph, Biograph and Edison now seem quaint.

Also, needless to say, we did not get any airships for general use in 2000, more’s the pity.