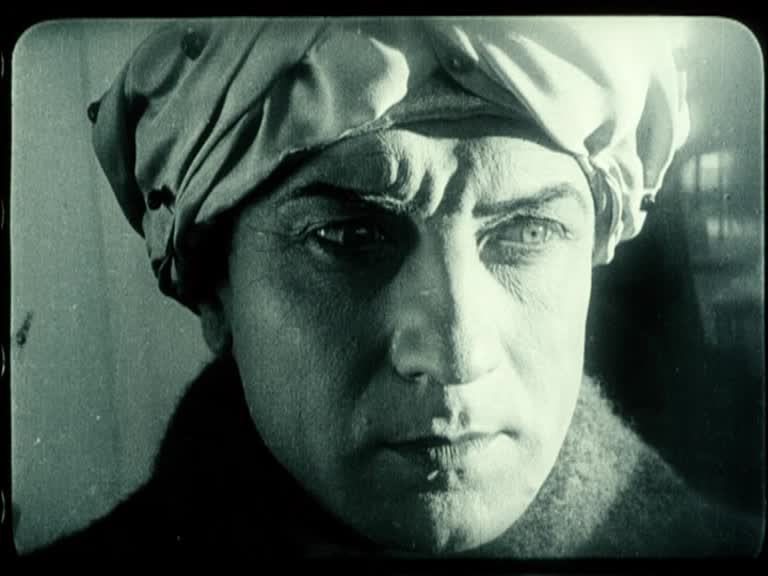 Readers of this site know that I love me some Ivan Mosjoukine and I think he was a pretty talented fellow. But even the best of us make mistakes and Mosjoukine made a big one with this pretentious mess.

In addition to changing genres every ten minutes, the story makes no sense (Mosjoukine is responsible, he wrote it) and director Jean Epstein doesn’t help matters with random bursts of stylistic confetti. It plays like a freshman film club trying desperately to be sophisticated instead of the legendary (and deservedly so) Albatros company. Did they make some kind of Dorian Gray pact so that all their sins would show up in this picture? I’m not saying they did but I’m not saying they didn’t.

The woman Mosjoukine passionately loves and has been pursuing turns out to be his sister so he goes back home and marries somebody else and the sister comes along. That’s it. That’s the ending.

If it were a dessert it would be: One of those $1,000 sundaes that has maybe $50 in gourmet ingredients and then is just covered in gold flakes to make up the extra money.

Availability: Released on DVD as part of a French-produced Jean Epstein box set. The box is region 2, so be sure you can play it before you buy it. And while the film is disappointing, the transfer and piano score are both first-class.