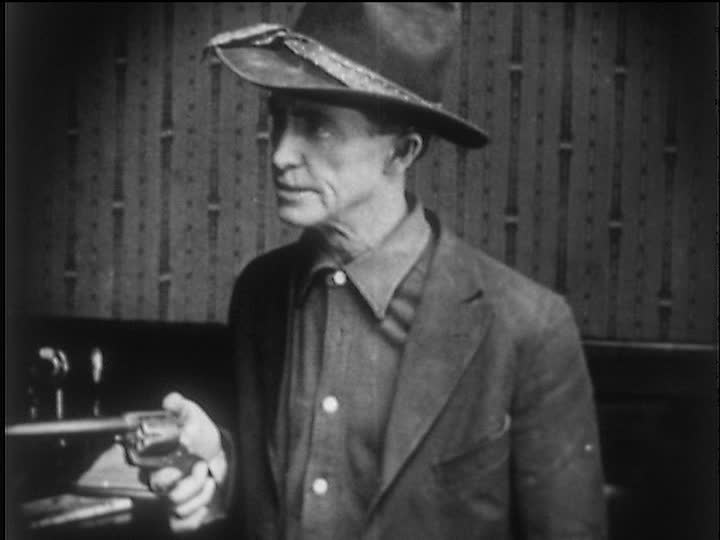 Real-life outlaw Al Jennings wasn’t a very good bandit but he found success in the movies as a consultant and star.  This picture claims to be based on real events (grain of salt) and is a slow-moving but interesting film.

W.S. Van Dyke, who would later find success directing hits like The Thin Man, proves his worth capturing the local landscape. (The film was shot on location in Tehachapi, California.) More fun for what it is than for what actually appears on the screen.

The Jennings brothers help the impoverished lady of the dugout return home and then they ride off into the sunset.

If it were a dessert it would be: Molasses Cookies. Old-fashioned in the extreme but that’s kind of the point.

Availability: Released on DVD as part of the excellent Treasures 5: The West box set. The film has also been released on DVD by Grapevine packaged with other Al Jennings titles.