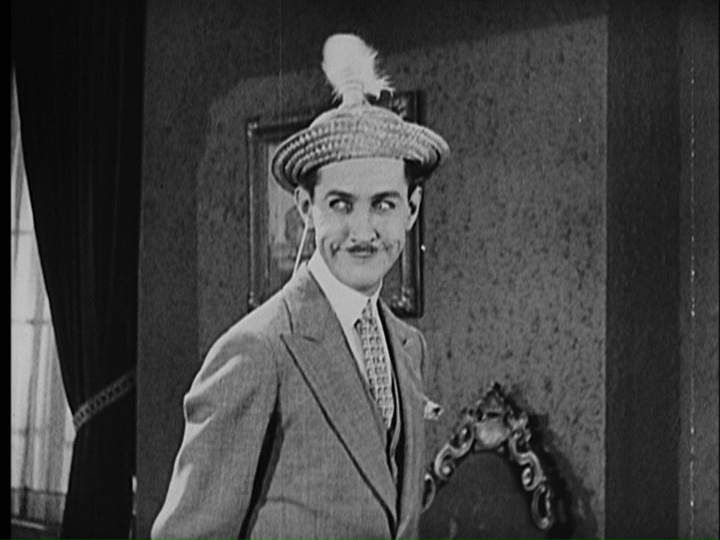 My theme months are rarely set in stone and this month was no exception. April was set aside for Russia but then I got a bead on some pre-Revolution stuff and knew that I could not possibly commence without it. So, you shall have to wait until June for all of your White (czarist), Red (bolshevik), Gallicized and Hollywoodized Russia.

So, what are you getting instead? A whole month of comedy! I freely admit that comedy reviews are not my strong point. In the first place, I am that unusual silent fan who prefers drama. In the second place, I find it a challenge to write about comedy without inadvertently spoiling the joke through over-analysis.

As a result, this month is something of a personal challenge for me. For what it’s worth, enjoy.

Since it is his centennial year, we open the month with Chaplin (what better way to start?) and a movie that is both one of his best short films and one of his worst. You see, there are two versions: Chaplin’s original cut and the bloated studio release that added footage to pad the runtime. A juicy behind-the-scenes take complete with litigation? Do tell!

Carole Lombard has an early featured role as the vampiest vamp on the campus. Late silent Sennett with all the slapstick and bathing girls that that entails.

Review #3: Too close to home

Sometimes, the target of a comedian’s humor does not get the joke. That’s what Buster Keaton found out when he decided to send up William S. Hart.

This comedy of adultery and plastic surgery is a real charmer. Charley Chase and Vivien Oakland are a homely married couple who both have operations and emerge knockouts. They immediately set out to have affairs… with each other!