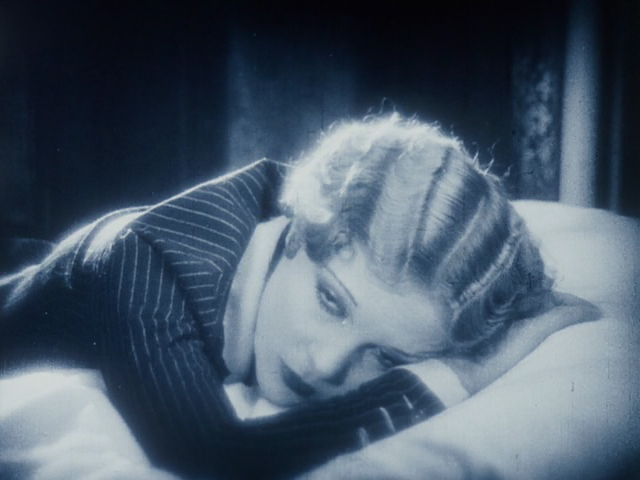 This long-lost John Ford film centers on a boarding house that is home to assorted stage actors, comedians and stuntmen. When one of their own gets asked to perform Hamlet in London, the boarding house gang is thrilled and sends him off joyously. But how will they react when success goes to his head?

Lost films generally fall into two categories. There are the superstars, the movies that everyone is looking for: Cleopatra, London After Midnight and those last few feet of missing Metropolis footage. (That last item has been found, by the way.) Then there are the other lost films. Maybe they don’t have big stars, maybe they were overlooked upon initial release. Whatever the reason, these movies are lost and few, if any, film fans are looking for them.

Upstream falls a little between these two types. While it did not boast any major stars, it was directed by John Ford. So when it was discovered in the New Zealand film archive, it caused a bit of a stir.

John Ford began directing in 1917 but only a fraction his silents survive. Much of Ford’s silent output was western (surprise, surprise) so Upstream is doubly interesting. It’s a slice of the acting life without a single cowboy hat to be seen.

And now it is confession time: I don’t care much for John Ford movies. I’ve seen quite a few of them but they simply leave me cold. While I like a some westerns very much, I am not passionate about the genre as a whole, which may help explain things. However, even Ford’s non-westerns fail to appeal to me.

(I could really get myself in trouble with these confessions! I also don’t care much for John Wayne movies but I’m keeping that a secret.)

So, this review is also going to be a little experiment: Can this be the John Ford film that appeals to a John Ford non-fan?

With a few, brief exceptions, the entirety of Upstream takes place is a shabby boardinghouse that caters to actors. There are acrobats, an elderly Shakespearean, a medicine show and a knife-throwing act. This knife act consists of Gertie Ryan (Nancy Nash), a sweet kid; Juan Rodriguez  from Spain (Grant Withers), who was born John Rogers in Iowa; and Eric Brashingham (Earle Foxe), the last and least in a long line of great actors.

One night at dinner, Eric is summoned by a theatrical manager. They want a Brashingham to play Hamlet in London. It doesn’t matter that Eric is a dreadful actor, they just want his name.

Eric tries to impress his fellow boarders by launching into Hamlet’s famous soliloquy but he soon gives himself away by massacring the lines. Campbell-Mandare (Emile Chautard), that elderly Shakespearean, offers to tutor Eric in the ways of the Bard.

And where is Gertie in all of this? Well, Eric has said that he wants to speak to her alone. He has something important to ask her.

Under the tutelage of Campbell-Mandare, Eric is able to rehearse a Hamlet that stuns even his jaded housemates. They cheer him on.

And Gertie finally gets her moment alone with Eric. She has packed her bags and is all ready for the question she knows he is going to ask. He takes her by the hand and speaks from his heart. Will she… lend him fifty dollars?

Gertie is crushed but lends him the cash (that’s about $650 in modern money). Eric departs with Campbell-Mandare leading the sendoff.

In London, Eric is a sensation and his head swells in proportion to his fame. Will he see reason and remember his old friends? Will Gertie get her man?

One thing John Ford always excelled was handling ensemble casts of character actors. Upstream has dozens of boarders but each has a distinct personality. This is good since the film is very thin on plot. It has a one hour running time but really only has enough story for about twenty minutes. This leaves it up to the supporting cast to pick up the slack and do they ever!

And what about our central love triangle? Again, very good performances. Earle Foxe clearly has some fun with his insufferable ham of a character. (Actors love playing hams! I think it gives them an excuse to indulge.) Grant Withers is enjoyable, though both he and his character are upstaged by Foxe. Nancy Nash is utterly charming as Gertie. While Foxe and Withers continued to work in character parts for decades, Nash seems to have slipped off the Hollywood radar after only a few credited film appearances. A shame since, based on this performance, she seemed destined for greater things.

I also must say that the ending (spoiler alert!) was a pleasant surprise for me. We have all seen the scenario play out:

Girl caught between love for two men, Lazy and Industrious. Lazy hits it big in some way, gets a swelled head. Girl almost marries Industrious but then Lazy sees the light, mends his ways and wins the girl.

This was how I expected the film to end. But it doesn’t. Eric has burned his bridges with Gertie. She still loves him but she marries Juan. Campbell-Mandare is horrified to see what his star pupil has become and he teams up with Juan to throw Eric out on his ear. This was not an ending that I expected and was delighted to see it unfold.

So, how did this non-fan of John Ford like this John Ford film? I liked it very much. Ford’s spare camera style and skill in directing character actors really work in this movie. What could have been dull and under-plotted becomes a colorful slice of the acting life. I highly recommend it.

What I enjoyed most is that it is a film that succeeds because it is silent. The meandering plot and lengthy conversations would likely have become tedious in a sound film but the silence smooths everything over. We can simply enjoy the eccentric character actors, soak in the atmosphere… In short, enjoy.

This is not a heavy film. It is not a earth-shattering work of movie art. It is a light and fun programmer. I once read that zoos need hummingbirds as well as elephants. I am an advocate for the hummingbirds.

Upstream was released on the compilation American Treasures from the New Zealand Film Archive. The accompanying score by Donald Sosin is a real charmer. Jazzy, zany and Shakespearean all at the same time. It adds enormously to the experience.