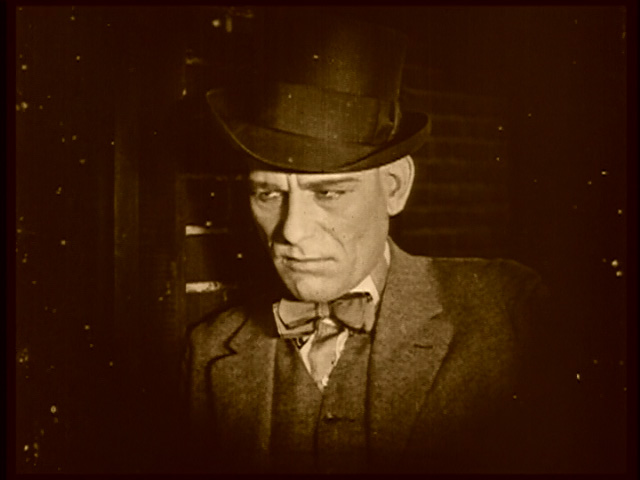 Lon Chaney and Tod Browning made evil music together in ten films. This was the first. Chaney’s not the star but, unsurprisingly, he pretty much steals the show.

The story is about Priscilla Dean’s tough dame trying to go straight and marry a gentleman. Chaney is her nasty partner in crime who is determined to keep her in the underworld. As grimy as you could wish, especially if you pay attention to the censor-evading subtext. Not a masterpiece in itself but a glimpse of things to come.

Chaney tries to gut Priscilla’s gentleman suitor but she arrives in time to save the day. She gets her man, Chaney gets 20 to life.

If it were a dessert it would be: Deep Fried Twinkies. Lowbrow, streetwise and probably not all that good for you but just try turning one down.

Availability: Released on DVD by Flicker Alley. (This edition is identical to the out-of-print Milestone release.)