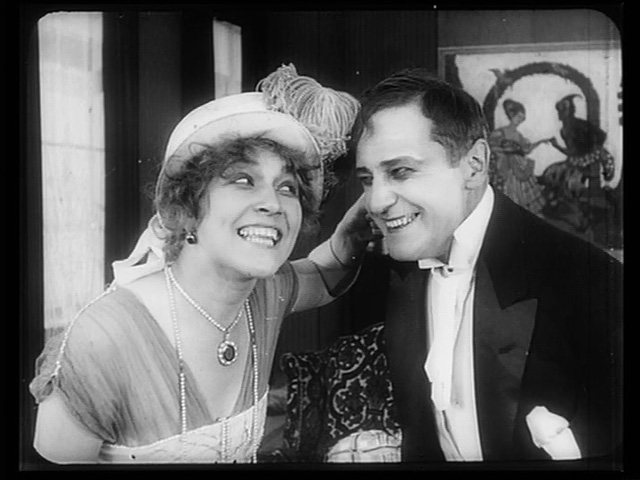 Rough and rowdy, this movie is Lubitsch before he finished developing his signature touch but it’s still an amiable romp about a wayward husband, a clever wife and a very naughty chambermaid.

The film zips along at under an hour and the cast, particularly Agda Nilsson and Harry Liedtke, charms. The plot is based on Die Fledermaus, which is about a husband cheating on his wife… with his wife. Not quite as polished as Lubitsch’s comedies later in the 1910s but treat for his fans all the same.

The wife disguises herself and tricks her husband into flirting with her. Properly chastened, he promises to behave himself… somewhat

If it were a dessert it would be: Spicy Applesauce Cake. A bit rough and ready but a treat nonetheless.

Availability: Released on DVD as an extra with Trouble in Paradise.