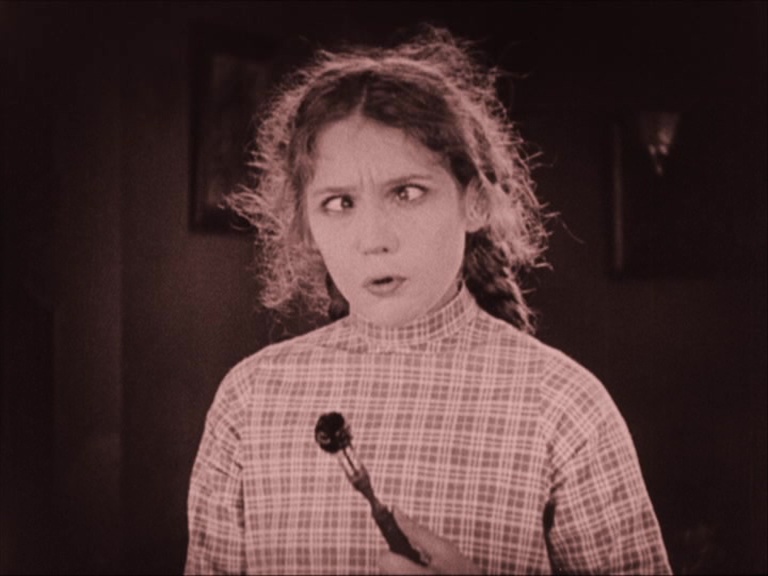 “All the jokes can’t be good, you have to expect that sometimes!” Groan-Inducing Movie Magazine Humor from 1919

I was dipping into silent era film magazines once again and I came across this page of groaners in a 1919 issue of Film Fun Magazine. They’re too bad to keep to myself so let’s read them together and scratch our heads and grandmama’s sense of humor.

My notes will be in italics but almost everything is self-explanatory, if not ridiculously obvious.

But first, here’s the best gag in the whole piece, a bit of fun with player piano rolls.

“It must be fine to live in Hollywood and see movie actors and actresses at work every day.”
“It isn’t, though. You get bawled out every ten minutes for walking in front of a camera.”

“The movie star went on a spree, and when he reported at the studio he had three days’ growth of hair on his face.”
“What did the director do? Send him home to shave?”
“No; he started a desert island picture.”

Desert island pictures were indeed popular and the problems of facial hair interrupting film schedules continue down to this day.

“That was a problem play you saw at the movie show, wasn’t it?”
“Yes ; the problem was why was it produced.”

Requisite link to my piece on Mr. Flip, often erroneously listed as the first cinematic pieing.

“What’s that director so mad about?”
“He forgot himself for a moment and praised an actor.”

Yep, they were complaining about it back then too.

The movie actress awoke from a nap, with a scream.

“What is it, madam?” inquired her maid solicitously.

“I dreamed that for a whole day my name wasn’t being printed anywhere.”

“What’s become of Jim? He was such a poor speller that I always predicted he would become a failure.”
“He’s a great success now. He writes the sub-titles for a motion picture company.”

Ooo, burn! But considering the quality of the writing here, I wouldn’t get too arrogant.

I wonder if this was an early attempt at anti-humor because these jokes are so corny, they have almost come around and become funny again. Hmm.