Shopping for film nerds can be a challenge, especially if they are already avid collectors. Never fear, I’m here to help! I speak the language and can help you choose the perfect gift for the nerd in your life.

This list has a lot of new releases and some oldies-but-goodies that may have been overlooked. I also attempted to include items with an range of price points. Enjoy!

(This post contains affiliate links for some products but all selections are my own.)

For the Women in Film Fans

We know that ladies ruled in the silent era and now there are multiple resources to prove that point. Plus, they’re fun!

I am just gushing over Kino’s new release, Pioneers: First Women Filmmakers. It features over 50 films by women directors, producers and writers. The curation is spectacular with both the famous and obscure talents represented.

Flicker Alley’s 2017 box set Early Women Filmmakers: An International Anthology is true to its title and features work from women filmmakers of Germany, France and Russia, as well as American talents. Very little overlap between the sets, they complement one another beautifully.

For something at a lower price point, Milestone has released DVDs and Blurays of Lois Weber’s films The Dumb Girl of Portici and Shoes.

You’ll want something to read as well, so here are three swell books:

Slapstick Divas: The Women of Silent Comedy by Steve Massa is an important and essential work that seeks to give the popular and funny women of silent pictures their rightful due. It’s a pleasure to read.

I also recommend Comic Venus: Women and Comedy in American Silent Film by Kristen Anderson Wagner, which examines why the women of silent comedy pictures were erased and The Female Gaze: Essential Films Made by Women by Alicia Malone, which covers women working in multiple genres.

For the Modern Flapper

Did the 1920s never end for you or your friend? I know the feeling!

Kino’s 2018 release of the Gloria Swanson shop girl comedy Manhandled on DVD and Bluray is a perfect choice. And Flicker Alley’s reissue of the long out-of-print The Garden of Eden gives film fans a chance to enjoy one of the finest, sassiest comedies of the 1920s. Grapevine has released the Clara Bow flapper picture Hula on Bluray, so this is a great excuse for an upgrade. They have also released Headlines with Virginia Lee Corbin and Alice Joyce and if you have never seen Corbin in action, you really should. What a doll!

Next, you’ll need some reading material.

“Bare Knees” Flapper: The Life and Films of Virginia Lee Corbin by Tim Lussier has just been released and it’s a great way to get to know this forgotten flapper. And if you want to up your flapper look game, 1920s Fashion: The Definitive Sourcebook is right for you.

Where would flappers be without their sheiks? Whichever category you put yourself in, the 2019 Rudolph Valentino Calendar is an ideal way to let the twenties roar all year round.

For the Early Film Geeks

Sure, silent feature films are great but for those of you who want to go further and deeper into history, here are some ideas.

Covetousness is a sin but GOOD HEAVENS!!! An entire box of hand-colored films from a master filmmaker? Shame on you, Flicker Alley? Also, where do we sign up? Well, right here. Fair warning: this has a December 18 release date, which may cut things a bit fine if delivery time is important. 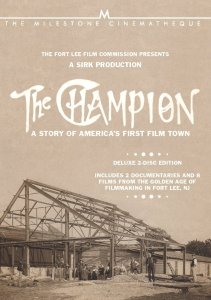 The Champion was released by Milestone late last year but I wanted to give it another plug because it really is a wonderful set. Two discs celebrating the filmmaking capital of Fort Lee, New Jersey in documentaries and rare surviving films. Most excellent.

For the Super Nerds

You know who you are. 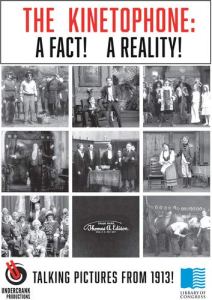 Talkies in 1913? You’d better believe it and they are now available for you to purchase and see (and hear!) for yourself. This Undercrank Productions release is endlessly fascinating. Also, do check out Undercrank’s Found at Mostly Lost Volume Two, an intriguing grab bag of previously unidentified films held by the Library of Congress.

Flicker Alley’s 2018 release of The Ancient Law is a showcase of German-Jewish filmmaking of the silent era. If you’re looking to discover new corners of film history, this is a great choice. 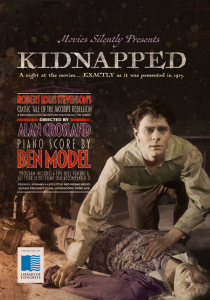 If I may be so bold, I also released a completely authentic 1917 night at the movies and I think it’s pretty nice.

Finally, if you want to get something that will directly benefit film preservation, the Silent Movie Calendar donates all profits to various worthy film-related causes and has raised thousands of dollars over the years. You can order the 2019 Bathing Suit Edition here.

Well, those are my picks. Happy reading and watching!