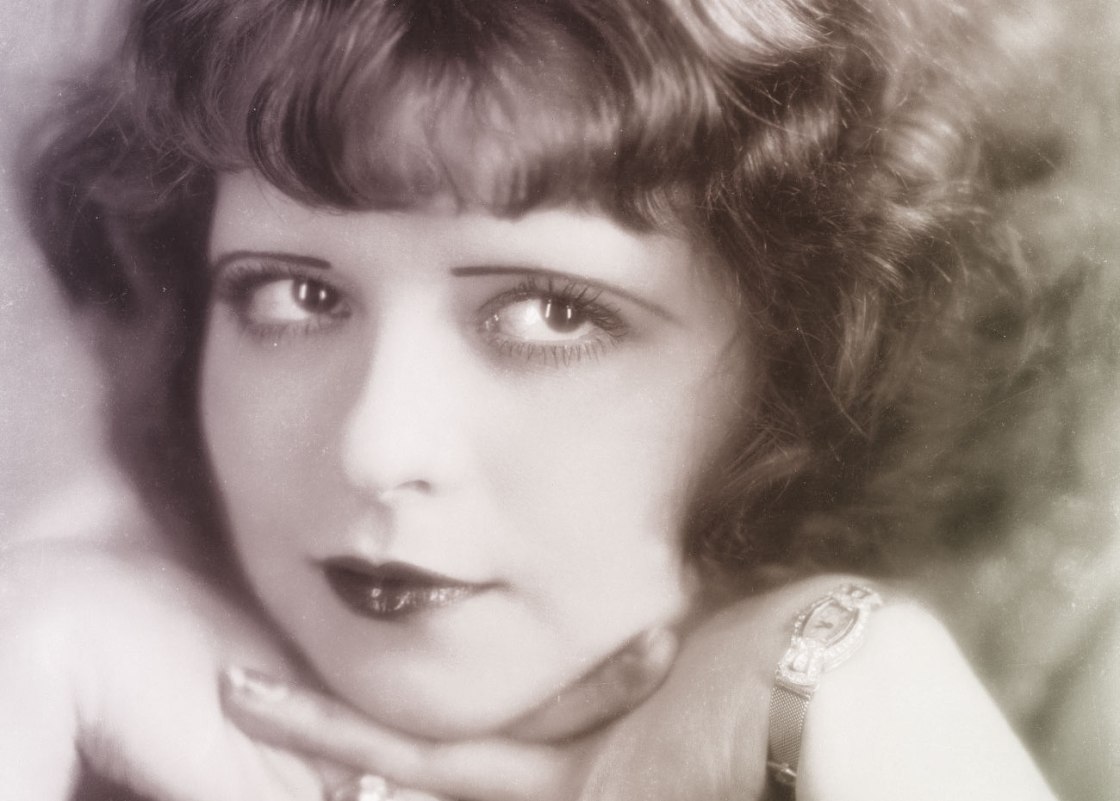 Welcome back! I am cooking my way through the 1929 Photoplay Cookbook but I sometimes take detours. In this case, we’re tasting a very famous flapper’s foray into molded fish gelatin. Yay?

Clara Bow was one of the stars who, refreshingly enough, admitted that she couldn’t boil water and gave full credit to her cook. I’d hazard a guess that about 90% of celebrity recipes I have tested were never prepared by the star in question but Bow was one of the few to acknowledge this.

However, this doesn’t make her recipe any less odd to modern palates. I am a major advocate for the comeback of molded jellies but even I balk at some of the odd savory fare and jellied tunafish has got to be one of the least appetizing-sounding molds I have yet encountered. (We have completely detached both gelatins and puddings from their savory roots, it seems.)

However, I am the proud owner of a few fish-shaped molds and there’s no sense in letting perfectly good vintage aluminum go to waste so let’s do this thing!

Soak the gelatin to bloom it and then melt it. I used the microwave, just 30 seconds was enough. I wasn’t sure if the cup of whipped cream was to be measured before or after whipping but one cup of unwhipped cream is an awful lot so I made it a cup of post-whipped cream.

It filled my fat fish mold perfectly. Before pouring in the mixture, I sprayed the mold with non-stick spray and wiped out the excess. Once the mix was inside, I covered the top with plastic wrap and refrigerated it. This is a pretty loose mixture so I recommend letting it set overnight at the minimum.

When the grand day arrived, I didn’t have lettuce so I garnished with some rather tired cilantro. I don’t think Clara would have minded. I also served the mold with good wheat crackers.

As you can see, the mousse-like texture of the mix meant that many of the details of the mold were lost. Oh well, that’s the risk we all knew we had to take.

Score: 2 out of 5. It’s… not bad? The texture is pretty much like a slightly firmer tuna salad.

Two cups of tuna is an awful lot but I liked the cucumber and pepper. I think the addition of a bit of onion or scallion would have been even better. Maybe even some egg.

If you are just nuts about tuna salad and want to have a spread-style version, then you will probably like this. However, its usefulness is limited by the bad reputation of gelatin molds, at least in my neck of the woods. I was unable to recruit a single taster for this. (Joke’s on them, I tested out a yummy artichoke and caviar recipe at the same time.) 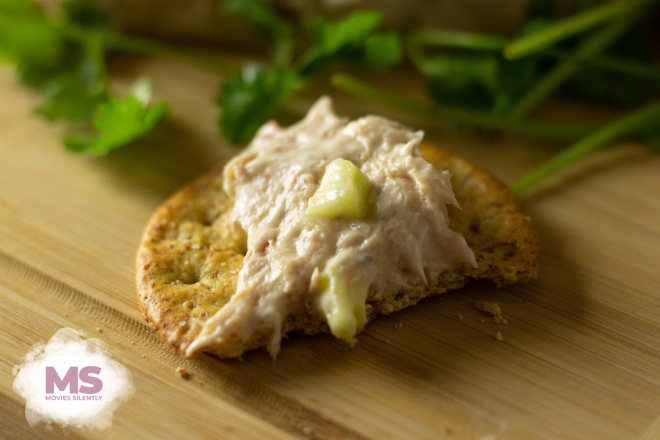 Also, this is an awful lot of work to get flavors that you can whip together in five minutes with a classic tuna or seafood salad.

I normally try to at least think about a vegan or vegetarian variation and it is possible to use tasty substitutes for fish. Heck, there are even cans of vegan “toona” available. However, I have never in my life met a meat-free eater who pines for the tuna jelly of their youth. I mean, maybe they exist but I have never met one. So, if you will excuse me, I don’t think I’ll waste too many brain cells on a vegan alternative this time around.

By the way, in case you were wondering about food waste, I do not throw away failed recipes. There is a family of ravens that hangs out in my back yard and they appreciate any and all rejected culinary experiments. The leftover tuna jelly didn’t last 10 minutes. Let’s hear it for birds of carrion!