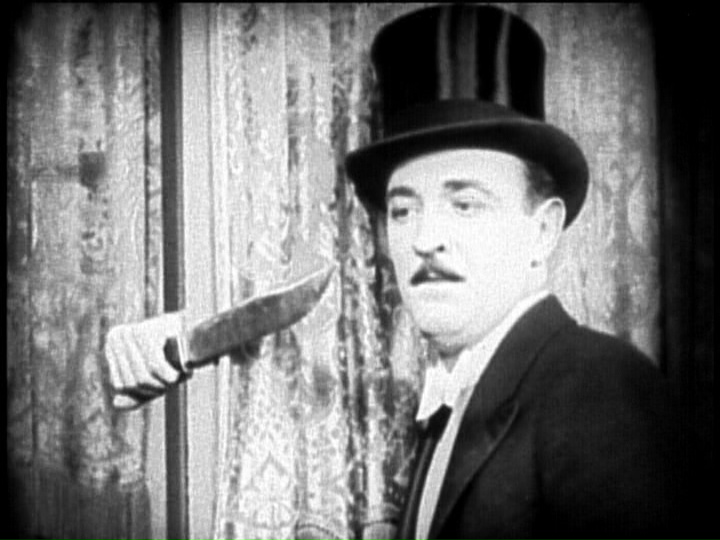 If you like a little humor with your dead bodies (and who doesn’t?) then this mystery comedy is for you. While it doesn’t reach the heights of Paul Leni’s work in the genre, it does have one ace up its sleeve: Raymond Griffith.

A hidden treasure of silent comedy, Griffith is grand as a coroner who just wants to go the theater, darn it, and not deal with a corpse and a locked houseboat mystery. The plot doesn’t quite hold up to scrutiny but there’s fun to be had and the title cards by Ralph Spence and Robert Benchley can lay claim to being among the best of the silent era.

Mr. Black (Earle Williams) on the houseboat with the dagger.

If it were a dessert it would be: Cannibal Jello. Old school and gleefully macabre. Fun to be had for all.

Availability: You’d Be Surprised has been released on DVD by Grapevine.