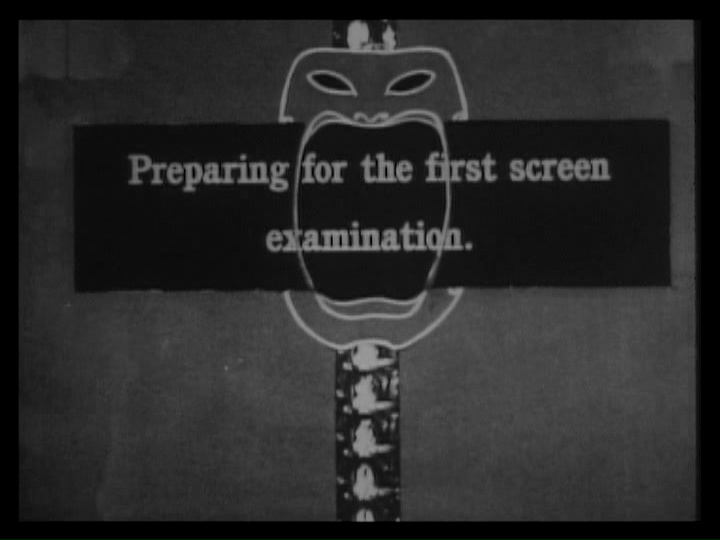 “But you have to see it on the big screen!” and Other Silent Movie Problems

Are people with access to theatrical silent film screenings better fans than those who rely on home video? It’s an issue that has cropped up periodically over the years and since I just attended a screening of Metropolis, I thought it would be fun to chew over this topic.

For the record, so this article is not misconstrued, I absolutely support theatrical screenings of silent films. Live music is a pleasure that greatly adds to the experience and being able to pick out detail on a theater-sized screen is fun. My particular bone-picking is with the idea that people have not really experienced a silent movie if they watch it at home. So if you like to share your theatrical experiences, please continue! Many people enjoy the recaps and it’s always nice to hear about silent films getting some TLC.

It has been my experience that when people wish to read an article on silent films, they prefer it to include a hefty dose of economic theory as well.

What’s that? They don’t at all? Oh bother.

Well, I took a ton of economics units and I am going to use them, darn it! (Prisoners Dilemma: I sold out my classmates in a hot minute. You have been warned.)

Ceteris paribus is an important concept in economics. Basically, it means that we are comparing apples to apples, all things are equal. In practical terms, that means simplifying our model so that we can compare just a few factors without being distracted.

Many people still have access to theatrical silent film screenings. Ergo, people should watch silent films in the theater.

However, we need to bring in outside factors before we can make the statement that people “should” see silent movies in theaters. Economist Alfred Marshall wrote about one of the problems with applying ceteris paribus willy-nilly: “The more the issue is thus narrowed, the more exactly can it be handled; but also the less closely does it correspond to real life.”

As the demand for silent films dwindled– crashed, really– screenings became rarer. Nostalgic revivals  are not too common as the people who experienced these films first-hand when they were new are shuffling off this mortal coil. But other factors have increased demand: television screenings, home video, the internet, etc. Still, there are fewer silent film screenings per capita than there were during the silent era.

There’s even more to the story. Many people have access to such screenings but cannot afford to attend. Or the nearest screening is hundreds of miles from their home. Or they have a fear of crowds. There are multiple factors that effect a silent film fan’s ability to watch silent films.

Long story short: It’s best not to presume that everybody is in a position to attend a theatrical screening.

I was able to see Metropolis at the Copley Symphony Hall in San Diego. The venue has an original pipe organ and it is a beauty! In fact, it was a big reason for me to make the trip down south.

Metropolis itself… Yeah, not my favorite. It’s beautiful, the design is superb but I find Thea von Harbou’s story to be simplistic and the symbolism to be a bit too self-congratulatory. (This is, incidentally, why I have not yet reviewed the film on this site. How many times can I make jokes about forming a union?) If you like the film, wonderful! Enjoy! It’s just not for me.

“But have you seen it on the big screen?”

Yes, indeed! And after the screening… I thought that the film was beautiful, the design was superb but I found Thea von Harbou’s story to be simplistic and the symbolism to be a bit too self-congratulatory. (This was the restored version with the 16mm elements recovered in Argentina and released on Bluray by Kino. I jokingly call it the Fritz Rasp cut.)

I did come out of the screening with a newfound appreciation for organ scores. (I had only heard piano, chamber and ensembles scores live before this.) On home video, they can sound like a baseball game but the pipe organ has a physical rumble and a surround sound effect thanks to pipes being built into the theater walls. Wonderful! But the film? I enjoyed myself, admired the sets and costumes but my opinion is pretty much what it always was.

On the opposite end of the scale, Lawrence of Arabia has long been my favorite movie and I first saw it on VHS. (Oh dear!) I jumped at the chance to see it on the big screen and seeing the sweeping scale was absolutely breathtaking. It was a wonderful experience and I am glad I did it but I was able to fall in love with the film on VHS viewed on a pretty small TV screen.

Did the theatrical screenings add flavor to the films? Yes, indeed. Were the films so different that my opinion changed? Not really. The same thing goes for seeing Casablanca on the big screen (love!) and The Rat with live score (meh as ever but loved the music).

I guess what I’m driving at is that I don’t like the idea that seeing a movie at home somehow invalidates somebody’s opinion. Obviously, some restorations can completely change a film (Battleship Potemkin, for example) but that’s not what we’re talking about here.

Theatrical screenings of silent film are fun, educational and well worth the effort to attend. That being said, I view them as more of an amplifier than a game changer. Somebody else’s mileage may vary, obviously, but the presumption that all doubting hearts and minds will be changed with one super organ score doesn’t reflect reality for me.

I’m sure some opinions HAVE been changed by live screenings but everyone is different. Life is messy, no matter how much economists try to make sense of it.