Shelfie: My Kind of Slapstick

I’m back with another peek into my silent movie collection, this time we’re diving into slapstick comedy. If you want to catch up on other “shelfie” posts, you can find them here.

I’m based in California, so these films are quite possibly region 1 or region-free. Readers living outside the region will need to check their equipment before purchasing.

I have to confess that I am not the biggest fan of slapstick. There’s only so much “faw down go boom” stuff I can take before I’m bored stiff. The good news is that there were plenty of people just like me during the silent era and gentler brands of comedy were always available to those who wanted them.

If there’s one comedy brand I crave, though, it’s Hal Roach’s wonderful funny business. I am a lifelong Laurel and Hardy fan and I think my purchases will come as no surprise to my readers.

This is a two-disc set of Stan Laurel’s solo comedy before he was teamed with Oliver Hardy. You’ll find a younger, more aggressive Stan in these films, much more in line with the slapstick expectations of the day. Not everything is a masterpiece but there are definite treats. With over 350 minutes of content, there’s sure to be something you’ll love.

This collection was released by Kino in 2004 for their Slapstick Symposium series. Learn more or order a copy here. 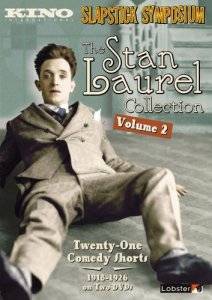 So nice they did it twice, Kino released a second volume of Stan Laurel’s solo work in 2008. Again, this is two discs with over 350 minutes of content for all your Stan Laurel needs.

We also get some love for Oliver Hardy. Never as successful as Laurel as a solo comedian, Hardy added a beautiful lightness to their collaboration. At this point in his career, though, he was typecast as the heavy. Still, it’s interesting to see our beloved Ollie so early in his career.

This disc was released by Kino in 2005. Learn more and order here. 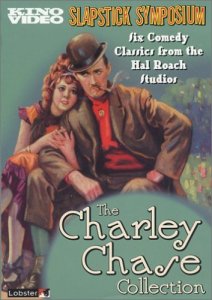 My beloved Charley Chase has six comedies featured on this disc. Chase is rarely included by the “comedy pantheon” brigade but there is no comedian living or dead who gets laughs out of me with more regularity than Chase.

This disc was released by Kino in 2004. Read more or order here. 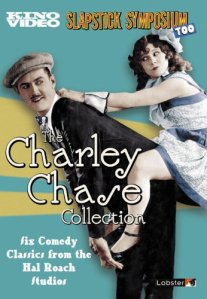 More Charley? If you insist! This disc has six more comedies from Charley Chase’s silent days at the Hal Roach lot. It was released in 2005 by Kino. Read more or order here.

The iconic bespectacled comedian receives a comedy tribute consisting of Grandma’s Boy and seven shorts ranging from 1918 to 1921. This was released by Kino in 2004. Learn more and order here.

More Harold! This collection includes ten comedies made between 1918 and 1921. It was released by Kino in 2005. Read more and order here.

This collection includes Seven Years Bad Luck, as well as four of the comedian’s short films. A very nice little package for anybody wishing to meet Max, who has a very good claim on the title of first international superstar.

This disc was released by Image in 2003. Learn more and order here.

The Comedy of Max Linder

This collection has fourteen Linder comedies from 1906 to 1913, some of the earliest available. Absolutely fascinating stuff. This was released by Grapevine in 2005. Learn more and purchase here.