News from the Silent Movie Front: Even more crowdfunding and a book roundup

Wild happenings for the end of 2017! More crowdfunding for us to support and an interesting selection of silent film-related books being released.

The venerable Grapevine company has launched their own Kickstarter to release the 1903 and 1914 versions of Uncle Tom’s Cabin on DVD and Bluray. The campaign is already fully funded but do check it out as you can snag a copy of these rare films.

My own crowdfunding is going well. The campaign to release a complete 1917 night at the movies just passed $8,000, well above my original goal, and a booklet is in the plan. The GIF above is taken from the silhouette Little Red Riding Hood that will be included in the program. Nice, huh?

You can donate to the project here.

Here are a few new and upcoming books for those of you who like to read on pages as well as on the screen. (Did you hear that they’re trying to do away with title cards in the movies and make them all-talking? It will never work!)

These release dates are for the United States and these titles may be available sooner or later depending where in the world you are. Click on images or titles for more information and to order. 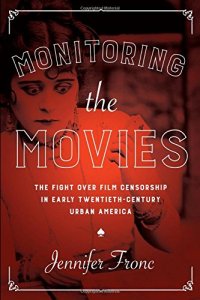 Monitoring the Movies: The Fight over Film Censorship in Early Twentieth-Century Urban America by Jennifer Fronc was released today by the University of Texas Press. It covers film censorship from 1907 to 1924, a fascinating chunk of film history carved out of the heart of the silent era.

Barbara La Marr: The Girl Who Was Too Beautiful for Hollywood by Sherri Snyder is a biography of the tragic star and will be released by the University Press of Kentucky on December 6, 2017. 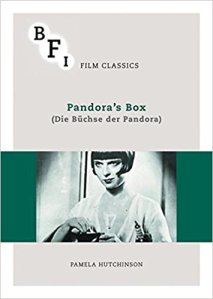 The BFI Film Classics book discussing Padora’s Box will be released on December 19, 2017. The author is Pamela Hutchinson, whom you may already know from Silent London.

If you can’t get enough Louise Brook, Thomas Gladysz of the Louise Brooks Society has just published a book on the partially-recovered Now We’re in the Air.

Tracey Goessel’s biography of Douglas Fairbanks, The First King of Hollywood, will be released in paperback by the Chicago Review Press on January 1, 2018.

Bonus Kindle Novel: Downriver: A Tale of Moving Pictures Before Hollywood by Evan Anderson was released in September and deals with the early American film history.

Well, that’s my first book roundup. What do you think? I tend to skew heavily toward university presses and more scholarly affairs but let me know if something fun is coming up because all work and no play, etc. I am also going to be limiting my roundups to books that can be purchased through major retailers, for the most part.