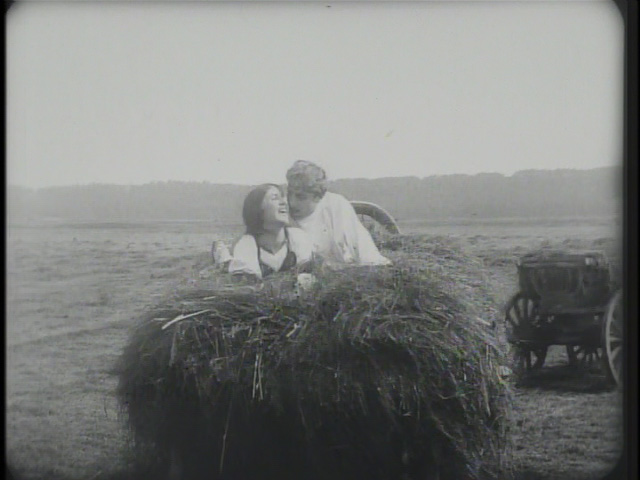 Russian cinema didn’t start with the Soviets and this little melodrama from forgotten pioneer Vasily Goncharov is a hidden gem. It’s the story of a young peasant and the perils she encounters in the city; a familiar silent era tale but with a distinct Russian flavor.

Of course, the other attraction is seeing a very young Ivan Mosjoukine playing the heroine’s country lover. Goncharov’s camera work is staid but the performances are excellent and the whole thing is a surprisingly affecting drama.

Silent Movie Pro Tip: If your book on Russian film starts with Eisenstein, get a different book.

Alas, the ending is lost but it looks as though Mosjoukine is being driven mad by regret after being forced to marry somebody OTHER than his love.

If it were a dessert it would be: Grasshopper Pie. Not trendy by any means but deserves to make a comeback.

Availability: Released on DVD as part of Milestone’s Early Russian Cinema series. The entire collection is well worth obtaining.