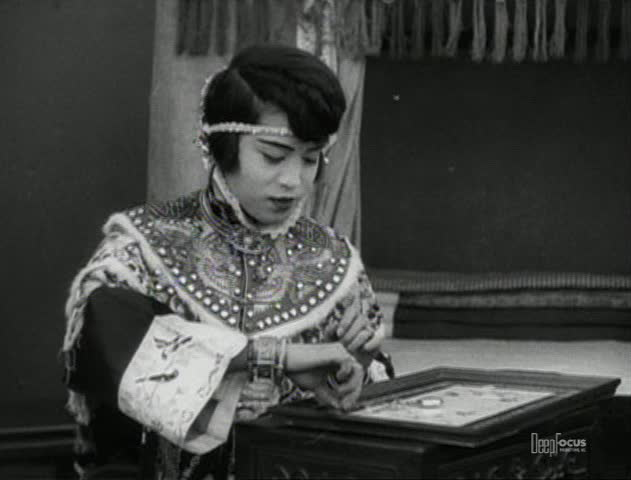 Marion Wong was just twenty-one when she wrote, directed, produced and designed the costumes for her own feature film. Naturally, some modern historians are trying to find the man who must have helped her. (There is no eyeroll GIF big enough.)

As the earliest known Chinese-American feature, The Curse of Quon Gwon is important but it’s also a solid, enjoyable melodrama. Wong shows considerable talent and it’s a shame that she never directed another picture.

Attempts to drive away the new bride fail and she and her husband are reunited.

Read my full-length review here, which also includes some debunking of the “she MUST have had help!” myth.

If it were a dessert it would be: That secret family cake recipe that’s oh so tasty!

Availability: The Curse of Quon Gwon is available on DVD as an extra for the Hollywood Chinese documentary. It is accompanied by a suitable piano score. (Please note that the film’s title cards do not survive, nor does its scenario. The film is presented sans titles but would not have been released in 1916 without them.)