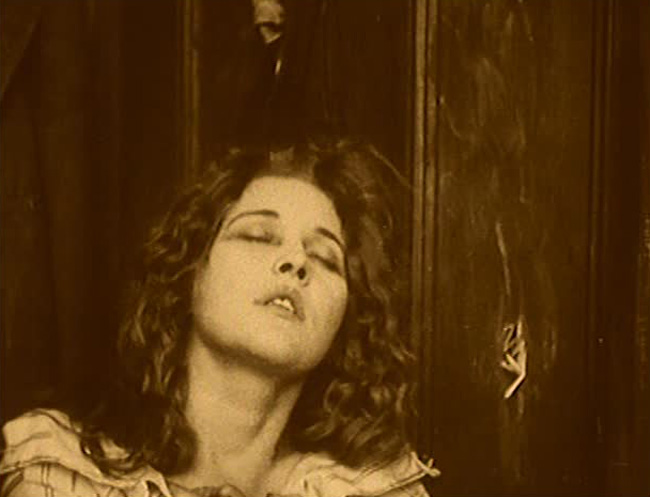 Think gangster films first came along in the early 1930s? Think again! They were present from the very earliest motion picture days and Regeneration is one of the first gangster features. It was directed by some guy named Raoul Walsh.

The picture has grit, gloom and an authentic setting. Anna Q. Nilsson is particularly good as a socialite-turned-social worker who tries to regenerate Rockliffe Fellowes’ brash gangster. While it looks great and is well-acted, the film is emotionally distant. Still, a good picture overall and a valuable piece of film history.

Nilsson is killed by a gangster but Fellowes completes his reformation.

If it were a dessert it would be: Old-Fashioned Sour Cream Donuts wrapped in newspaper. Old-timey American fare that remains popular.

Availability: Released on DVD by Flicker Alley as a double feature with Young Romance (1915), the only surviving film of stage star Edith Taliaferro.