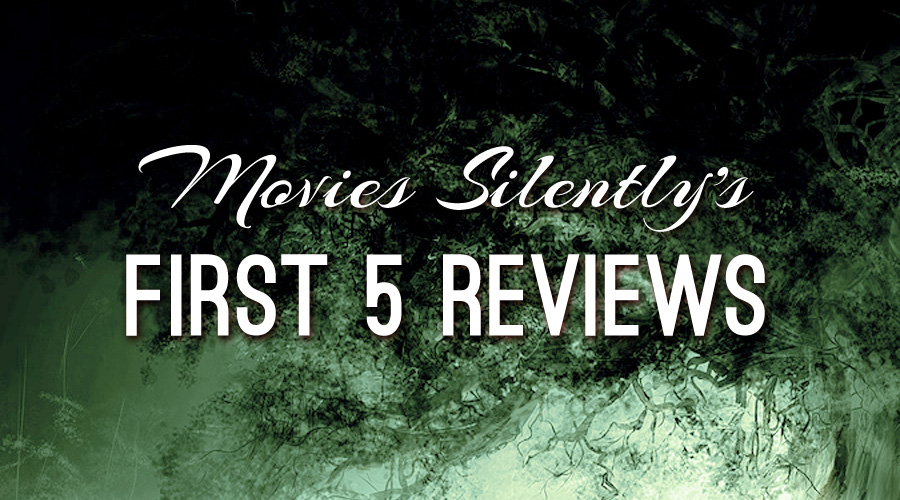 Happy anniversary to me! Movies Silently is seven years old this March and so I thought you might enjoy a little trip back in time with a tour of my first five silent movie reviews.

I’ve only been using the WordPress platform for a little over three years. My site actually started out as a school project; it was a hand-coded affair that I used to practice my HTML skills. The site images were used to practice my Photoshop and Illustrator abilities. As a result, updates were more in the coding than in the writing with perhaps one or two reviews a month, if that.

Since switching to WordPress and a daily post format circa January of 2013, my site has grown enormously. In just three years, I have gone from 42 reviews to 236 as of this writing. (You can peruse my alphabetical index here.)

I belonged to a very cool writing group back when this site first launched and my fellow members did a lot to help my writing. Since they weren’t silent film fans, the members were quick to remind me when I slipped into jargon or made obscure references. They were an enormous help in creating the voice of the site. (Alas, the group is no more.)

Here are the first five silent movie reviews I wrote for this site. I had been a silent film fan for nearly a decade by that time and had a pretty decent collection and so it is interesting to see what I selected when I had so much variety to choose from.

I hope you enjoy them!

The Sheik was the third silent movie I ever saw and it probably did more to seal the deal than anything else. It’s a delightful kitsch pie with a side of “Huh?!?!?” and it is guaranteed to brighten my day whenever I see it. Is it a good movie, technically speaking? Nope! Is it entertaining? You’d better believe it!

Because I like the film so much and because most of its fans view it as a fun guilty pleasure, I usually use it as the prototype for any new feature on the site. Fun Size Reviews, video reviews… The Sheik did them first.

Read my review of The Sheik here and taste that yummy kitsch!

Another kitsch film! I love kitsch! Oh, you can tell? Well, I can’t help it! It’s fun! Whoo-hoo-whoo-hoo! (Imagine a Daffy Duck voice there.)

I watched this movie because, in my heart of hearts, I am a Hopalong Cassidy girl. Roy Rogers (the only classic western star I ever saw in person) and Gene Autry are okay but Hoppy is the one for me! Both my parents were Hoppy fans, this is a family thing. So when I learned that William Boyd, Hoppy himself, starred in a Cecil B. DeMille picture about the Russian Revolution, well, I was on that like a duck on a June bug. I was not disappointed.

The story is just nuts, boiling an entire political movement down to both sides just kind of wanting to do inter-class dating. Boyd manages to keep his shirt open through the whole picture. The title cards are a riot of purple prose. That is some grade-A hokum. Bless you, Mr. DeMille! (No sarcasm, I adore the man.)

Read my review of The Volga Boatman and learn about William Boyd’s wardrobe difficulties.

I wasn’t quite the Pola Negri fanatic that I am now but I recognized even then that poor Pola was getting the short shrift from a lot of silent movie fans. A Woman of the World is a delightful romantic comedy with a strong dose of feminism. I am frankly shocked that it is not more famous.

This review was a challenge for me because it was the first time I reviewed something that I just plain loved. The first two reviews had been snarky affairs, as befitted the kitschy films I was covering. I had to rework and rework the review to try to covey how delightful I found this picture. I think it came out right in the end, at least I hope it did.

Read my review of A Woman of the World here and learn all about Pola’s tattoo.

I got into European silent film thanks to Conrad Veidt. I went nuts for his hammy turn as Louis XI in The Beloved Rogue and tracked down as much of his other work as I could. The Indian Tomb was a very happy discovery for me because it showcased both Veidt and Joe May, a very underrated German director.

As you can probably also tell, I am fascinated by Orientalism in silent and classic film. (For that matter, in literature and music as well.) This review was the first time I tried to bring a bit of historical perspective to the table. It’s a subject that I will surely return to in the future.

Read my review of The Indian Tomb here and find out why the heck Conrad Veidt has painted himself gold. Not that we’re complaining.

In spite of my Hoppy love, I am not an enormous fan of the classic western genre. While I enjoy a good spaghetti western and some of the more adult psychological films of the 1950s (High Noon, Warlock, The 3:10 to Yuma, etc.), most of the genre is a bit naive for my taste.

Like most everyone else, I though that Stagecoach (1939) was the start of a more mature era. When I watched a William S. Hart western for the first time, I realized that I had been off by about a quarter century.

Hart’s westerns are dark, brutal and gritty enough to please modern moviegoers. They also have sentimental stuff, to be sure, but there is no doubt that these are westerns made by grownups for grownups. Hell’s Hinges is one of Hart’s masterpieces, an apocalyptic tale of righteous vengeance. Heavy stuff.

Read my review of Hell’s Hinges and find out what William S. Hart is burning down this week.