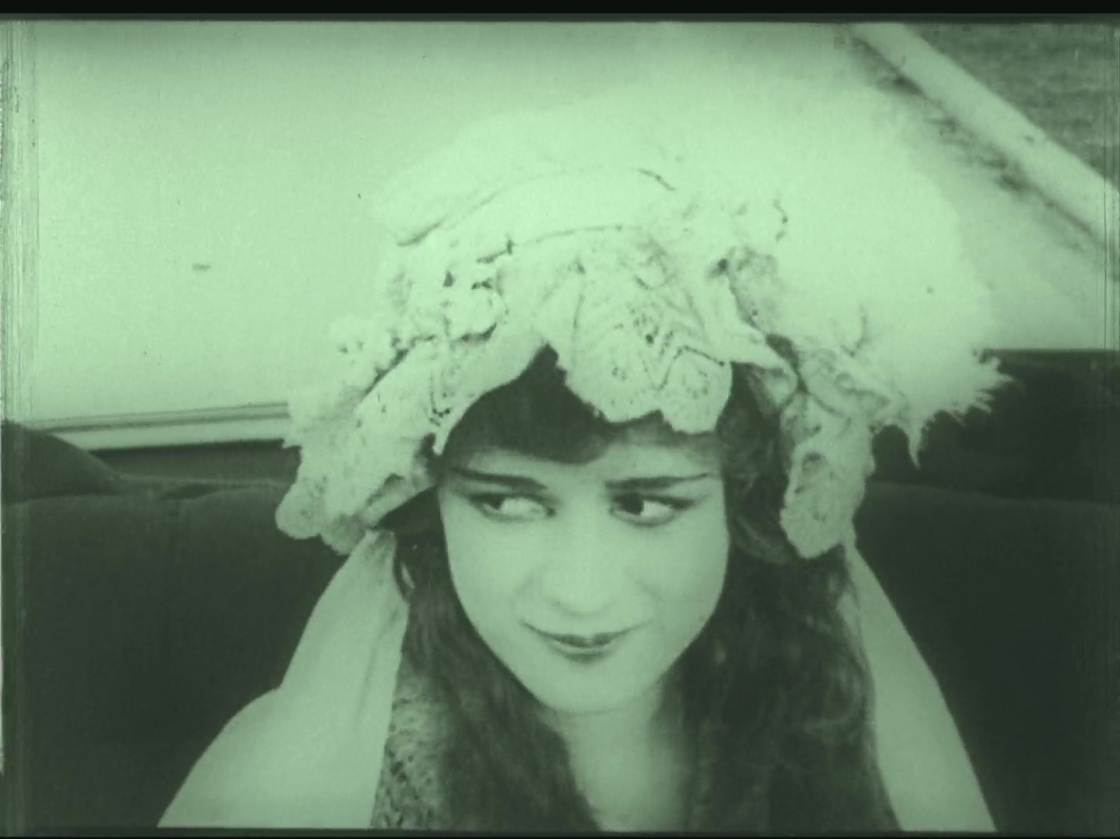 The Juggernaut (1915) A Silent Film Review

An epic Vitagraph production follows the lives of two college friends, one an honest attorney and the other the selfish scion of a railroad family. When a series of rail accidents are linked to criminal negligence, the ex-friends find themselves clashing in court.

Home Media Availability: Released on disc or via streaming.

If there are two words to describe the cinema of the 1910s, they are “bigger” and “longer.” Audiences had been entertained by compilations of short films but they were ready for the kind of longer entertainments that they already enjoyed on the stage. What’s more, they wanted the scenery and special effects that only movies could provide. France, Denmark, Italy and Germany had all embraced epic filmmaking prior to the First World War but what about the United States?

Kalem had From the Manger to the Cross (1912), which was shot on location in Egypt and Palestine. IMP/Universal had Ivanhoe (1913), which also featured location imagery, as well as epic combat scenes. Bosworth, which was closely associated with proto-Paramount, had made a deal with Jack London and had released a seven-reel adaptation of The Sea Wolf in 1913. The Squaw Man (1914) was Cecil B. DeMille’s debut film and the main draw was the California scenery.

Bigger was better and the Vitagraph company had taken note. They had been at the forefront with their multi-part, serialized adaptations of literature like Les Misérables and The Life of Moses in the late 1900s. The Juggernaut was not their first feature-length film but it was one of their most ambitious.

Released in early 1915, the film was a blend of social issues and melodrama, a combination that was wildly popular. It featured top stars Anita Stewart and Earle Williams as the leads, plus various Vitagraph veterans in supporting roles. Most importantly of all, it featured a climactic train wreck using a real bridge, locomotive and railway cars.

No complete copy of The Juggernaut is known to exist. This review is based on the reconstruction from Harpodeon, which makes use of a reel of the abbreviated re-release, as well as a reel of the original release cut. The rest of the story is filled in with stills and original title cards. Fortunately, the famous trainwreck is included in the surviving footage.

John Ballard (Earle Williams) is the son of humble farmers who has a dream of studying the law. Philip Hardin (William R. Dunn) is the son the owner of the N.Y. and V.C. Railroad but he is a wastrel with little interest in the operation and upkeep of a rail line. The N.Y. and V.C. does not maintain its tracks and Ballard’s father is killed in an accident. His mother never recovers and encourages her son to sell the farm and go to law school.

John and Philip meet at college and become friends, despite the former’s intense dislike of the railroad business, with John eventually saving Philip from a deadly brawl in a gambling den. When one of the gamblers turns up dead, John assumes he is responsible because he hit him over the head. Philip swears to keep his secret.

The pair fall out when both begin to court Viola Ruskin (Anita Stewart). She prefers John but her mother likes rich Philip and she prevails. Fearing that he cannot support her, John withdraws. John becomes District Attorney, Philip inherits the railroad and Viola dies giving birth to a daughter named Louise.

Twenty years pass and the N.Y. and V.C. railroad is just as dangerous as ever. After a series of accidents caused by poor maintenance, John decides to press charges against Philip. He finds an unlikely ally in Louise (also played by Anita Stewart), who refuses to let her father blackmail and cheat his way out of his responsibilities.

However, Louise still loves her father and so when he asks her to bring him some important papers, she hops onto the express train. Little does anyone know that the bridge ahead has completely rotted and the train is hurtling to its doom…

Well, the main reason we’re talking about The Juggernaut is that trainwreck ending, so spoilers ahoy.

The finale of the film features a race to the rescue with Philip trying desperately to stop the train, racing it by boat and then finally by foot until his heart gives out. John is also running to intercept it but both would-be rescuers are too late and the train careens off the rotten tracks and into the water. Director Ralph W. Ince and his cinematographers capture the full-size crash with dramatic spectacle.

The wreck itself is just the beginning. The passengers desperately try to escape the submerged train cars and Louise is trapped. John swims to the train and finds her submerged body.

There are three endings to The Juggernaut: the original that shows John laying Louise beside the body of her father, the “hospital” ending that shows Louise being rushed in for emergency care and eventually recovering and the “awakening” ending, which shows that Louise was merely unconscious.

The original ending was clearly the most appropriate and satisfying and, it is worth noting, in keeping with the tastes of the time. There is a stereotype that old-timey American audiences only wanted happy endings and rejected anything else but this is simply not true. Absolute tearjerkers could find an audience if they were handled well. For example, the similarly-themed Children of Eve (1915, Edison) was based on the Triangle Shirtwaist Fire and ended with the owner’s daughter dying because she was in the factory investigating the working conditions when the fire broke out.

The dramatic irony of a parent’s greed claiming the life of their beloved child is far older than the movies, of course, but The Juggernaut handles the matter well, especially when we see that Philip only cares about railroad safety when it is his own flesh and blood on the line.

It’s also worth noting that railroad safety was a matter of intense debate and had been for decades before movies were invented. The speed of the locomotives and the lack of attention to railroad crossing safety and track maintenance were all intensely discussed and quite a few people considered this new mechanized travel to be plain evil. John’s dislike of railroads would not have been viewed as naïve or provincial.

However, The Juggernaut is more than just a spectacular train wreck. There are moments of visual sophistication during quieter scenes that are rather impressive. For example, when Stewart spots Williams out walking while she is riding in her carriage, Ince employs a point of view tracking shot from her perspective. There is also a rather tight and modern closeup of Gordon when she reads the news that her favored potential son-in-law will inherit a railroad. When Stewart sends a telegram to inform her father that she will be taking the fatal train, there is a subtle downward pan to show her writing her message, which is then reversed when she hands it in to the telegraph clerk.

Further, the acting in the surviving scenes showcases the kind of sophistication that we are accustomed to seeing in a Vitagraph production. This is important because The Juggernaut was released within weeks of The Birth of a Nation, which is often credited with “inventing” modern, subtle acting. This is an odd boast as Birth features some rather embarrassing, eye-rolling histrionics, especially from the white actors in blackface.

The Juggernaut is definitely a dramatic story and the performances line up with the expectations of a 1915 audience—a bit of exaggeration but little arm flailing—and, for the most part, they have aged quite gracefully. William R. Dunn carries on a bit but Williams and Stewart are subtle and appealing, it’s easy to see why they were fixtures in popularity polls of the 1910s.

Of course, we cannot claim to have fairly judged a film when three-fifths of it is still lost. However, I can say with confidence that the surviving material is highly impressive and I am holding onto the hope that more material will surface someday. It’s worth your time to see the reconstruction, if only to imagine what once was.

Available on Bluray or digital from Harpodeon.