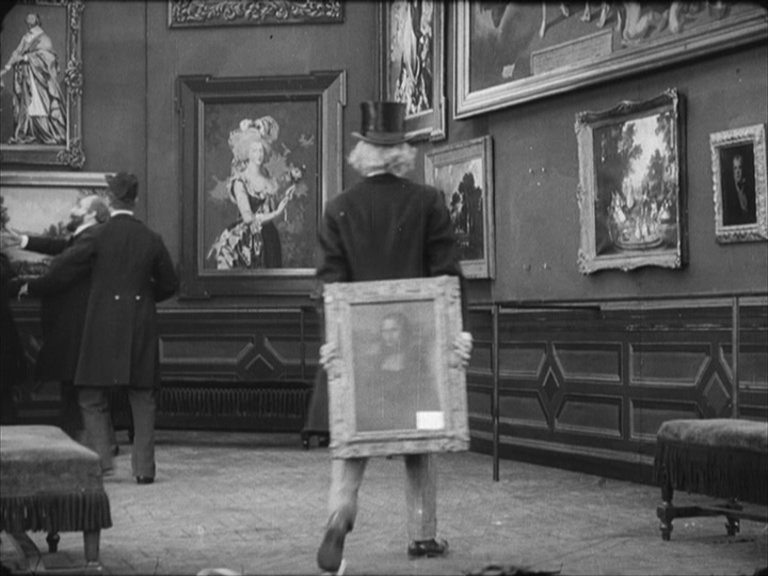 Fun Size Review: Nick Winter and the Theft of the Mona Lisa (1911)

Made just days after the real-life art heist that shocked the world, this French farce comedy reenacts the crime and even puts forth theories as to why the painting was stolen. (Hint: It wasn’t on purpose.)

The film is a one-reel bundle of fun that should offer much joy to art nerds, comedy fans and Francophiles alike. Here’s hoping more Nick Winter films are released.

Turns out the painting was stolen by an old man who actually meant to grab the picture next to it.

If it were a dessert it would be: Sour Lemon Drops. Just a little sunshiney bit of fun.

Availability: Released on DVD as part of the excellent Kafka Goes to the Movies set. Franz Kafka was in Paris around the time of the theft, saw this picture and visited the scene of the crime. He declared the film to be quite accurate.