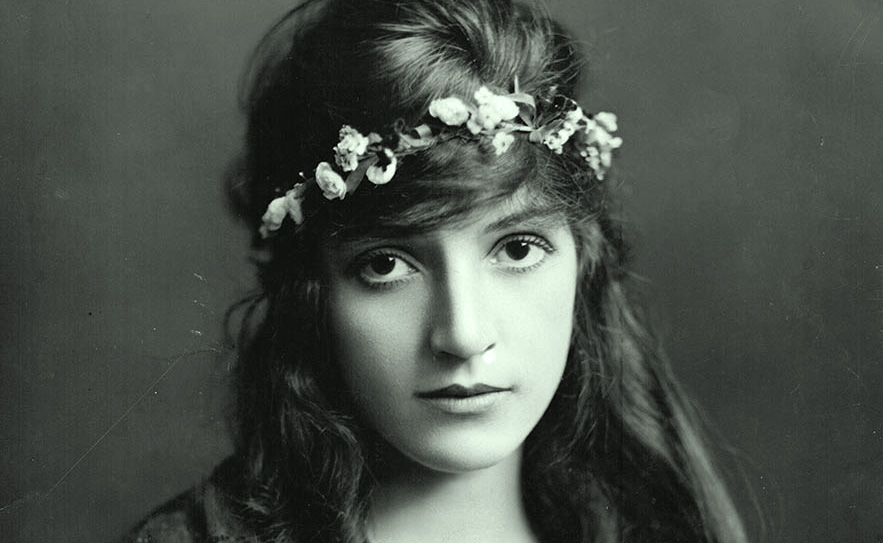 Note: When the site was young, I published quite a few capsule book reviews of silent-related works from my bookshelf so I am dusting them off and reposting them. Enjoy!

I was ferreting through the stacks of a particularly good used bookstore when I found Miriam Cooper’s 1973 autobiography, Dark Lady of the Silents: My Life in Early Hollywood. Hurrah! This is definitely one of those “grain of salt” books. Miss Cooper is a unabashedly out to settle scores but it is definitely entertaining.

Favorite Tidbit: Cooper had only seen one movie before she made her film debut as an extra in a Biograph short. And she had to sneak off with the janitor’s daughter to see that one. Nice Baltimore girls did not go to the movies. Gracious! She remembered being more interested in the ditsy piano player than the film.

Focus: Miriam Cooper shares memories from her Biograph days with D.W. Griffith, Lillian and Dorothy Gish, Mae Marsh and Bobby Harron. She also talks about her marriage with Raoul Walsh and her friendship with film luminaries like Pola Negri and Carole Lombard.

Controversial Opinion: She wrote that she thought Roscoe “Fatty” Arbuckle was guilty and that the vicious rumors about Virginia Rappe’s alleged indiscretions were generated to save the comedian from a murder conviction. (The latter is something I also believe. We can believe that Arbuckle was innocent and also not attack poor Rappe.)

Availability: The book is out of print but is available used.