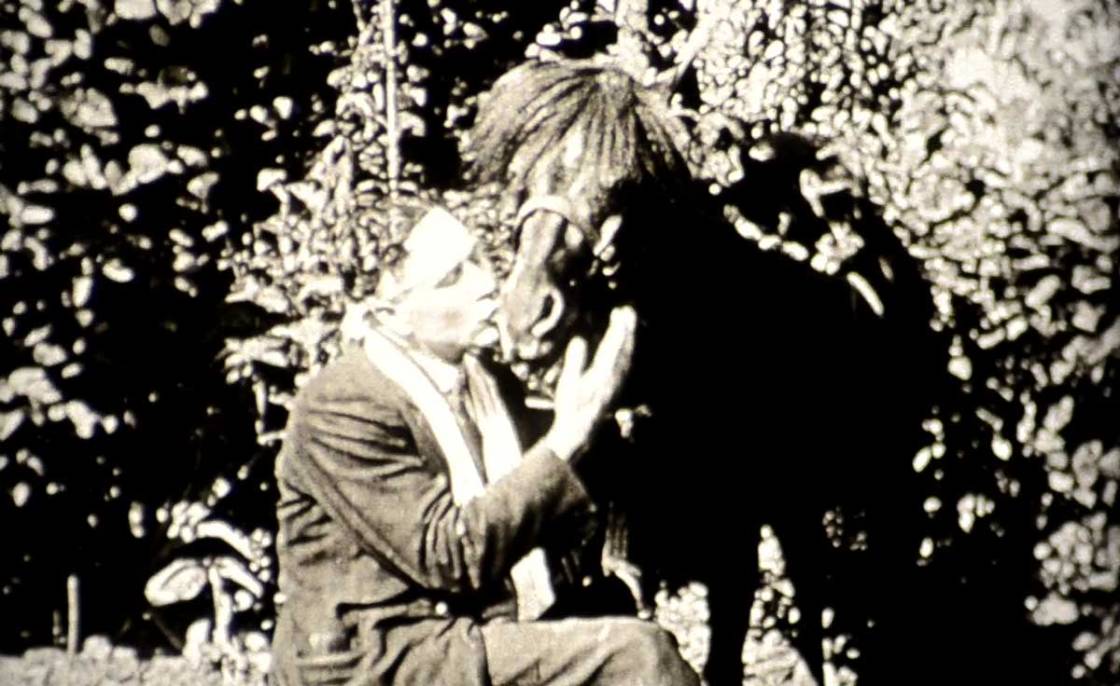 Cecil Hepworth once again shows off his skill with animal stars in this little crime picture about a genius pony who saves his gamekeeper friend from poachers and their hammy spaniel. It doesn’t get much better than this.

Home Media Availability: Not yet available.

A huge thanks to Christopher Bird for sharing his copy of this rare film and helping with research for this review.

If I had to choose just one pioneering filmmaker to champion, I would find it very difficult to make my selection but I think in the end, I would have to go with English innovator Cecil Hepworth. Hepworth is most famous for Rescued by Rover, a 1905 blockbuster that helped popularize the race to the rescue and starred his own family dog and his infant daughter. There is an intimate “Let’s put on a picture show!” flavor to the film that is irresistible and it continues to be one of my favorite early motion pictures. Hepworth was in the role of producer for A Friend in Need but direction was handled ably by Frank Wilson.

The story involves a gamekeeper (Hay Plumb) who is best friends with Sandow the pony. One day, he runs into a pair of poachers who are illegally hunting on the estate where he is employed. The poachers, aided and abetted by their spaniel, attack the gamekeeper and beat him terribly. The gamekeeper’s whippet is NO help at all, I am sorry to say.

(By the way, the difference between a horse and a pony is more complicated than you might think and I would be careful about throwing the terms around in equine country. I used to work near a miniature horse farm and the owners would get mighty indignant if you called the little critters ponies. Me? I prefer donkeys.)

Sandow realizes that his friend is late and lets himself out of the stable to investigate. He finds the gamekeeper, who has been left for dead but who has enough strength to write a note and attach it to Sandow’s bridle. Sandow rushes to get a doctor, played by director Frank Wilson, and the police (I told you he was a genius pony). Once his friend is safe, he leads the officers to the home of the poachers and (spoiler) MAKES THE ARREST PERSONALLY.

I can’t even. I am so overwhelmed with love for this picture that I don’t know what else to say. There are genius animals and then there are poacher-arresting ponies. This film takes animal pictures to an entirely new level and I’ve seen The Dog Outwits the Kidnapper in which Blair the collie steals the kidnapper’s car and drives home in it, obeying all traffic laws. (Also from Hepworth. Dude knew his audience.)

Obviously, the animals are the total stars of the show. Sandow takes his part seriously, charging around with all suitable heroism and looking properly modest at the end, but my favorite by far is the poachers’ springer spaniel, who goes through the entire film with a “Look, ma, I’m on TV!” expression on its face. The little ham merrily leaps on the unfortunate gamekeeper as the poachers thrash him and prances with its nefarious masters all the way back to their home. Both the whippet and spaniel keep wandering into other scenes in the film where they do not technically belong but who would be churlish enough to tell them to go away? I wouldn’t and Wilson seems to have felt the same way.

There’s also a nice bit of business when the poachers return home. A small tabby kitten sits in the doorway next door and Wilson holds the shot long enough for us to see the kitten slip inside the poacher’s house. It’s a little trifle, really, but any filmmaker willing to provide additional animal cuteness via kitten is okay by me.

Wilson was clever enough to know which side his bread was buttered and the animals are allowed to upstage the humans left and right. As it should be. I come into a movie for a genius pony, I want a lot of that pony, darn it!

However, the humans do well for themselves. Everyone is as subtle as can be expected in a crime picture of this period; more so, actually. Compare the eye rolling and flailing in, say, a Griffith film of the time or something like The Copper Beeches and you will know that this is nothing to sneeze at.

The direction of the picture isn’t flashy but there are nice bits of editing. For example, the two poachers fire at game and the film immediately cuts to the gamekeeper reacting and deciding to investigate. There is not a hint of staginess about the picture, which is more than can be said for some other releases of the period.

With source material ranging from William Rufus, second Norman king of England, to the shockingly low shooting party survival rates in crime stories, hunting in England often has a flavor of wealth and menace when incorporated into pop culture. Add in poaching and we have an irresistible concept for stories, songs and films.

It’s no coincidence that Robin Hood stories often centered around the killing of a royal deer, usually with the caveat that the hunters only did so to stave off hunger. However, in most works of fiction I have read from the Victorian era onward, poachers are very much the villains and A Friend in Need follows that same pattern. Poachers were subject to severe punishments, including deportation, so the violence in this film would have been unsurprising to viewers of the period.

A Friend in Need was released in the United States by the Hepworth American Film Corporation as a split reel drama. The advertisement boasted that it was “a novel feature, in which a pony acts in an entirely spontaneous manner.” And what about the spaniel, may I ask? The picture doesn’t seem to have made an enormous impact when it was released but I am happy to give it some love today.

I’m not going to mince words. (Do I ever?) This is quite possibly one of the finest silent films ever made. Heck, it’s one of the greatest films made of any era. If I didn’t win you over with “hammy spaniel” then I am not sure what else it would take. Hepworth continues to be one of my favorite pioneering film producers and it’s wonderful to see his homespun charm on display here courtesy of Frank Wilson’s direction.

Not yet on home video.