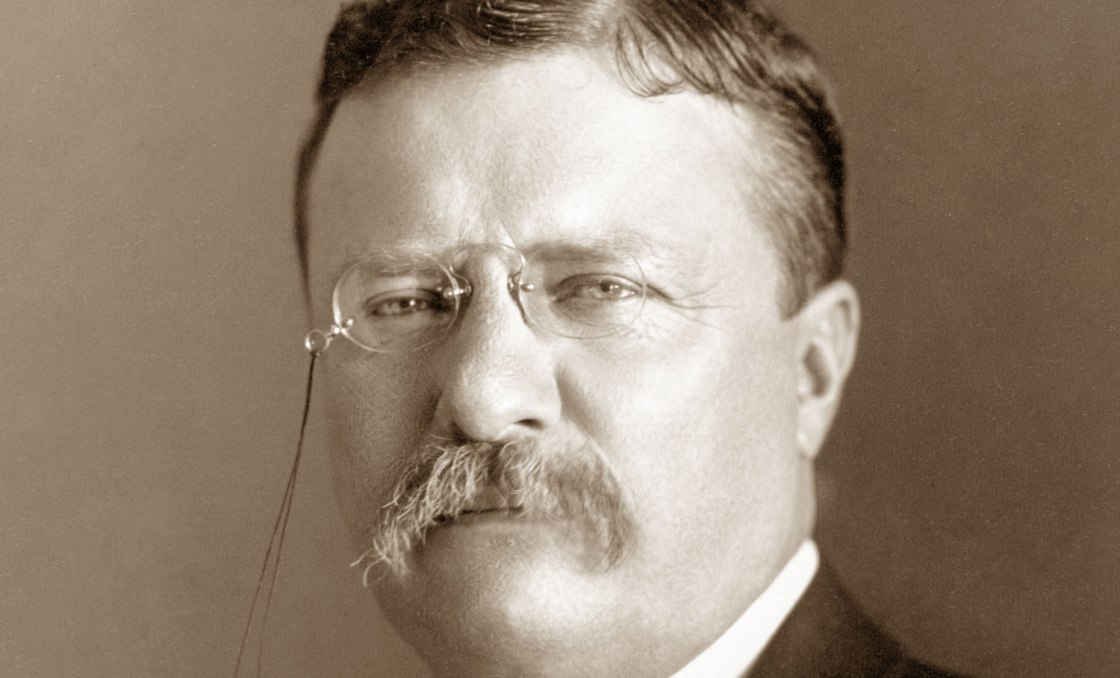 When discussing The Birth of a Nation, one defense that sometimes crops up is that the film is significant because it was the first film screened at the White House. The main problem with this claim is that it is demonstrably false. Cabiria was screened for Woodrow Wilson the year before and the circumstances under which he saw Birth are quite shady. (I cover the details in my extensive article.)

However, I wanted to write about an even earlier screening inside the walls of the White House back when Theodore Roosevelt was president. This is the earliest reference to a White House film screening I can find so I am tentatively calling it POSSIBLY the first. Certainly earlier than either Cabiria or Birth.

The details are from the May 15, 1908 issue of The Talking Machine World:

The sweet notes of the nightingale will soon be taken on phonographic records and heard in Philadelphia if the pet aspiration of Richard Kearton, one of England’s most prominent ornithologists, develops into an achievement. Mr. Kearton appeared before Philadelphia lovers of birds a couple of days ago, exhibiting in Witherspoon Hall a series of moving pictures of English birds. President Roosevelt saw the pictures in the White House several days ago, and adjudged them genuine studies from nature.

Richard and Cherry Kearton’s nature studies and motion pictures come up quite a bit in trade publications of the time. Unfortunately, the brothers do seem to have been into the whole “big game hunting” nonsense. Cherry had an impressive ‘stache.

Roosevelt maintained a friendship with the Kearton brothers. A 1910 article in Motion Picture News (the magazine described Roosevelt as a “motion picture man”) discusses this:

Both brothers are honored by the personal friendship of Colonel Roosevelt who just before vacating the Presidential chair, invited Richard Kearton to the White House at Washington. Now, he is in friendly converse with Cherry Kearton, who at the moment is in this country on a short business visit. Colonel Roosevelt, as all the world knows, abhors the “nature fakir” and the photography of “nature fakes.” The Keartons stand for pure unfaked photographs of natural history subjects. All their work has been naturalistic, viz.: true to nature. That is why Colonel Roosevelt, good man, likes these men.

Then, Cherry Kearton was in Africa when Mr. Roosevelt was going through his memorable shooting experiences. He made many moving pictures of the Colonel and his adventures. These and others were shown in this country a few months ago.

And in 1912, an item in Motography provides more details on the 1908 White House screening, which sounded like a rather amusing affair:

It is said that Charles Wesley, the hymn maker, was wont to say that the devil should not be allowed to monopolize all of the good tunes, and the Kearton brothers reasoned that the moving picture should not be solely devoted to the depiction of melodrama, posed and staged for the purpose. To this end they sought to show the natural movements of birds, animals, and even serpents and insects, in their natural environment.

The first moving pictures of this character were shown at the White House during the last year of the administration of President Roosevelt, by Richard Kearton, and created a genuine sensation. The guests saw the movements of the hawk hovering in the air and swooping for its prey, and the family life of the nightingales, chaffinches, wrens, sparrows and blackbirds.

Griffith defenders like to nitpick about Cabiria being screened on the White House lawn (it was summer) as opposed to Birth being screened inside. (These are desperate people.) Well, I am happy to report that Kearton’s films are described as being shown “in” the White House. This would make sense since, the story states that the president viewed Kearton’s films “a few days ago” and as the story was filed May 2, 1908, this would likely mean late April.

A quick look at the historical weather in Washington D.C. shows that the temperature averaged a nippy 65 degrees Fahrenheit for May and an even chillier 56 degrees in April, which makes an outdoor screening unlikely. (You can read all about the D.C. weather in this handy PDF.)

Historical laurels have long been used as a shield to defend Birth from much-deserved criticism and so every time I can snatch one of them away from D.W. Griffith’s evil film and restore them to their rightful owners, I do.

It seems that Birth has to be the first something, anything will do! Which, of course, goes to prove my point about the historical record being twisted and tortured in order to defend a film that deserves no such consideration. Straws well and truly grasped, my friends. Laurels don’t make a very good fig leaf, if I may mix my metaphors; they’re scratchy.

Excuse me if I seem to be enjoying this a little too much. I assure you that I am. After a few circular go-rounds with the Griffith defense squad, my sympathy has dried up. “We need to watch it because it’s historically important and it’s historically important because we need to watch it! Also, college students are the reason why people think it’s racist and not its actual racism!”

Disclaimer: I am not talking about people who enjoy Griffith films but nonetheless acknowledge his issues with racism and other unsavory things and do not whine about people being “too PC” to watch Birth. Problematic content comes with the territory and a reasonable conversation is always welcome. I am talking about the rather vocal minority who demand his films shown without people always bringing up things like real-life lynchings or daring to call a racist film racist.

I have seen even modern articles use the old quote “the film has not changed; what has changed is the world around it” to defend it. Honey, that quote only works if you somehow manage to avoid any writing from contemporary black critics, activists and ignore the work of black filmmakers. If you want to write about a broken leg, maybe talk to the guy with the cast. My prescription is Within Our Gates, to be administered stat. (I find it fascinating to see how Oscar Micheaux’s body of work is avoided like the plague by Griffith defenders.)

If I seem harsh or dismissive, please know that I am. I have been wrangling Griffith apologists for quite a few years now and their arguments are so repetitive and tedious that I just save time by going straight for the jugular.