I’m back with another peek into my silent movie collection, a nice (I hope) selection of silent crowdpleasers this time. If you want to catch up on other “shelfie” posts, you can find them here.

Western fans are probably familiar with the name Yakima Canutt because of his legendary stunt work but he also starred in his own films. This 2006 disc has two of his features, Branded a Banded and The Iron Rider.

One of many pictures Hoot Gibson made for Universal, this one was designated a “Jewel” production, that is, it was given a higher budget than standard releases. I have the 2005 Grapevine release.

William S. Hart dives into dark territory with this tale of revenge and I LOVE IT! I own the 1999 Image release but that version is out of print. Flicker Alley has reissued the film under their banner, so there’s no excuse not to snag a copy. If you liked Hell’s Hinges, this is right up your street.

Learn more about the release and purchase here. 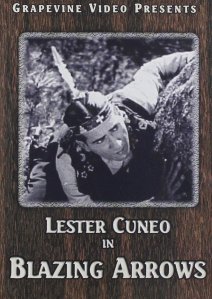 Lester Cuneo starred in this melodrama just three years before his tragic suicide. This is the 2012 Grapevine release. 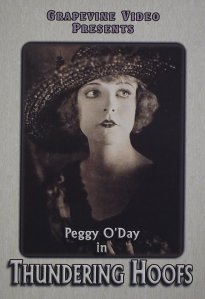 Racetrack melodramas were all the rage during the silent era and this example was directed by Francis Ford, brother of John. I have the 2013 Grapevine edition.

A very strange and enjoyable serial that was made in the USSR but much of it is set in America. It’s just as interesting a mashup as you can imagine. I have the 2009 Flicker Alley release.

Learn more about the release and order here.

One of the most delightful treasures of the silent era, Louis Feuillade’s serial contains all the excitement and wackiness that we expect from French productions of the era. I have the 2004 Flicker Alley release. Most highly recommended.

Learn more about the release and order here.

Another Feuillade serial. I have both the 2012 Kino release and the 2000 Image release. The latter is out of print but is worth tracking down for the splendid Robert Israel score.

The Kino edition is available on DVD and Bluray. The Image edition is on DVD only.

Another Feuillade serial, this one featuring the criminal mastermind Fantomas. I should note that these three serials all have their fans and if one isn’t your cup of tea, I recommend giving one of the others a try.