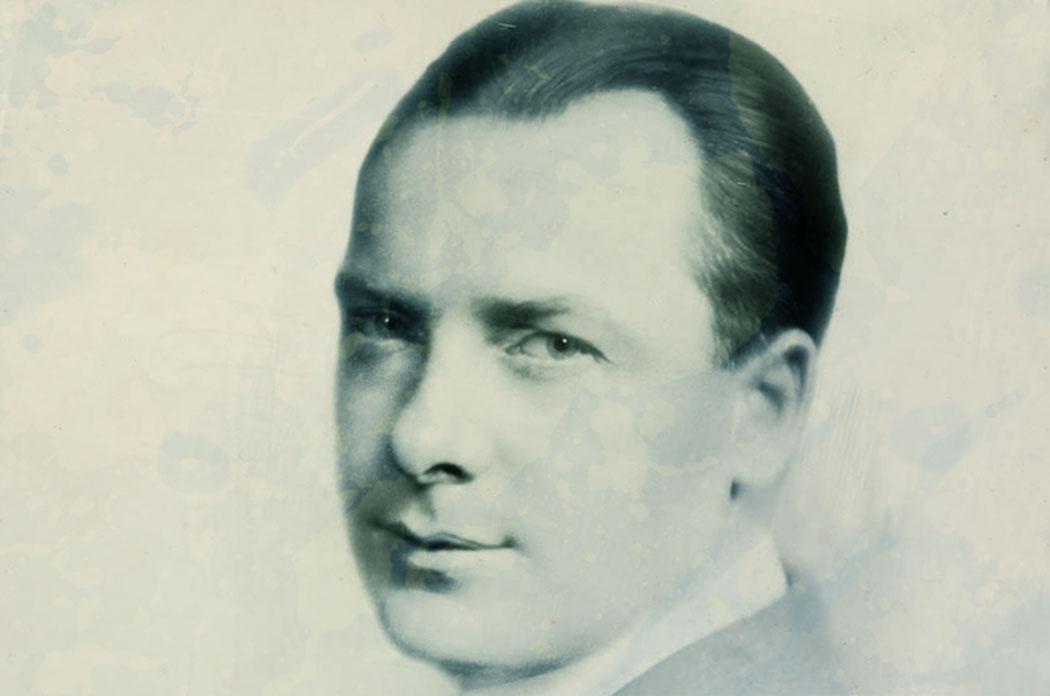 Welcome back! I’m cooking my way through the 1929 Photoplay Cookbook and this week, I’m preparing a recipe from a star who has fallen pretty deeply into obscurity.

(You can catch up on all my taste tests here.)

You can be forgiven for saying, “Who?” about Pat O’Malley. I said the same thing. Pat O’Malley is sometimes confused with character actor J. Pat O’Malley, which is fair enough. Our Pat O’Malley was never an enormous star but did well enough and worked steadily in bit parts until just a few years before his death in 1966. Respectable? Yes but not really memorable.

O’Malley spent the early part of his stardom at Edison, where he was often paired with Shirley Mason (Viola Dana’s sister) in wilderness pictures, which were hot stuff at the time. He spent the rest of the silent era bouncing around various studios. As far as I can tell, exactly one of his films is available on home video, the circus melodrama Spangles. (It’s the kind of picture Beatrice Lillie was sending up in Exit Smiling.)

As stated above, O’Malley’s later career is pretty much made up of bit parts but he did appear in a couple episodes of The Twilight Zone, so you just know I’m going to have to do something about THAT.

Yum! Slow-cooked anything is delicious and while the ingredient list is simple, there are a lot of secret flavor weapons inside. First, O’Malley has us brown the meat, which may seem obvious to us today but a good number of vintage recipes omit this step. Next, the recipe includes a good dose of celery, which contains phthalides— compounds that punch up sweet and savory flavors. Carrots and onions add sweetness and complexity. There’s a reason why the carrot-onion-celery combo is a classic. And, of course, chuck is a famously flavorful cut.

I just used a supermarket chuck roast. I didn’t have enough people to consume five pounds of meat, so I bought a 1.5 lb. roast and adjusted the recipe accordingly. The celery and onions were your standard supermarket models (yellow for the onion) but I got zany with the carrots. The multicolors don’t survive cooking but they’re fun to use.

I used a small amount of vegetable oil to prevent sticking and browned the roast on all sides. Then I added all the veggies, popped on the lid and cooked the thing over low heat. The watery vegetables quickly gave up their juices, resulting in a flavorful broth.

As the meat cooks, you’ll want to check on it periodically and add some water if it starts to look dry. Not much, just enough to prevent burning. Remember, this isn’t a soup.

I cooked for the entire recommended six hours and did it ever smell good! It wasn’t so gorgeous after a while but the delicious scent wafting from the dutch oven more than made up for it.

At the end of six hours, I removed the meat from the pot (careful, it’s fall-apart tender) and poured a little juice over it to keep it moist and then covered it with foil to keep it warm.

O’Malley recommends stirring in some horseradish along with flour to thicken the juices. Problem: everybody in my family hates horseradish. I used good mustard instead as the sauce did need a bit of brightening. (You could also use red wine or cider vinegar for this.) Then I checked for seasoning (needed salt) and plated the sucker. Naturally, this was served with mashed potatoes.

By the way, I obviously have a dutch oven and highly recommend them but if you don’t have one, this recipe would probably be just as successful using a crock pot (be sure to deglaze the pan in which you brown the meat) or a roasting pan in a low and slow oven.

Score: 5 out of 5. Wow, this is what American comfort food is all about!  The gravy is pretty chunky and if that’s an issue, you can either run it through a sieve or give it a whirl with an immersion blender. I don’t mind the chunks of veggies myself.

This recipe is everything you could possibly want in a pot roast: tender meat, great flavor, delicious gravy. I did not have a single shred of meat or a single drop of gravy left.

I’m in love! This recipe is definitely going on my winter menu. I’ll probably add a few additional vegetables to the mix but even this simple version is scrumptious.

This recipe is a complete home run, exactly the kind of vintage cooking that I love. I hope you’ll give it a try.