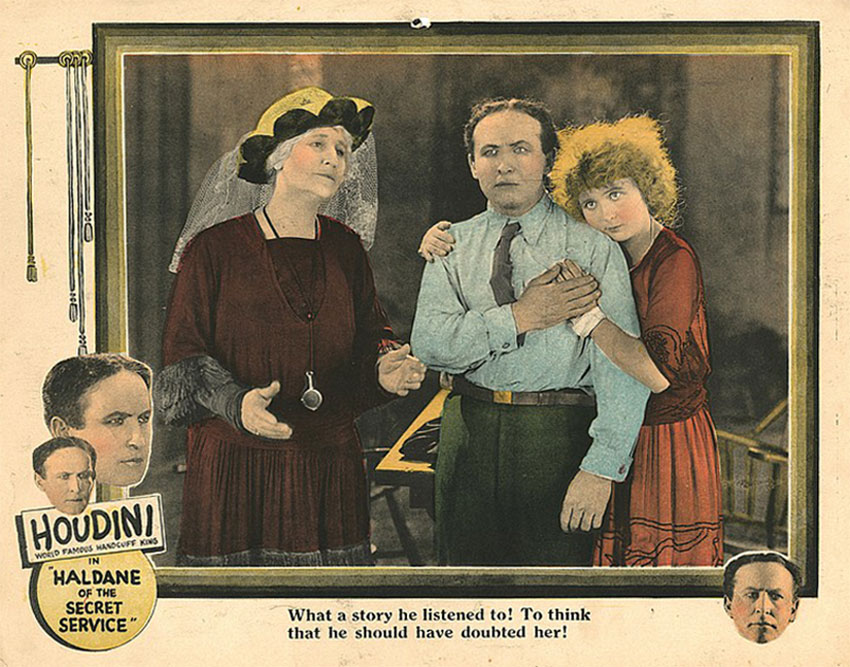 I have been off on another vintage advertising detour and thought I would share a few things that struck me as funny about a lobby card for Harry Houdini’s final motion picture. 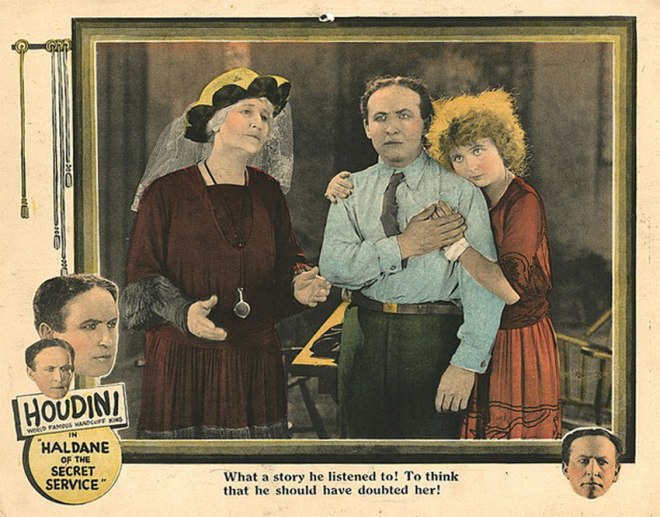 Houdini had gamely tried to make it in motion pictures but, well, he wasn’t exactly the most electric screen presence to ever come along. Haldane would be his last attempt at film stardom.

But that doesn’t mean he’ll eschew top billing! Oh no, this is a Houdini picture, starring Houdini. Did I mention Houdini is in it?

A Houdini face for every angle! Disembodied heads for all! Houdini!

Well, if you’ve seen the film, you know the plot is pretty wacky. Our heroine dissuades the heroic Haldane from helping himself to her handbag by telling him it contains her underwear.

You can’t blame him for backing off. Who wants girl cooties?

These wax figures are getting more and more lifelike, aren’t they?

Want to dress like the 1920s? Just frizz out your hair and put on a hospital bracelet! #lifehacks

You can read my review of Haldane of the Secret Service here. And check out my previous lobby card dissection; I talked about The Sheik.

Availability: Released as part of Kino Lorber’s excellent Houdini: The Movie Star box set. Unfortunately, the set is out of print and the second-hand dealers are asking outrageous sums for it. There is also a single disc edition released by Alpha but considering the company’s poor reputation…