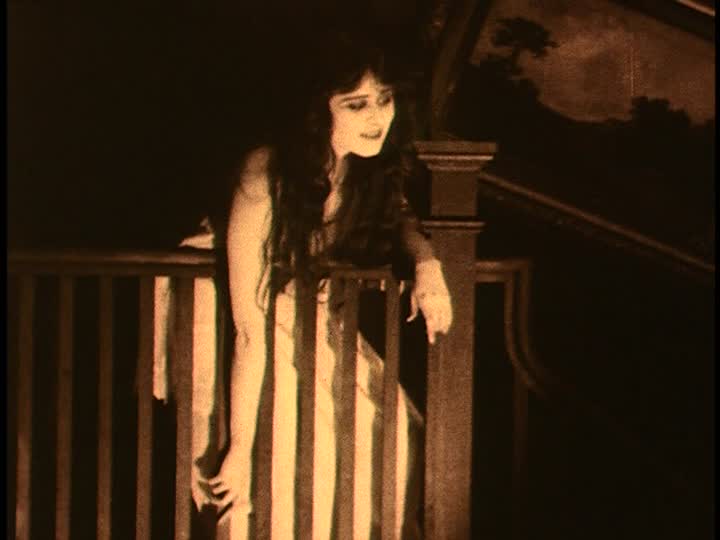 Theda Bara was not actually the first movie vamp but she remains the most famous. This picture, her first vampire melodrama, is rough around the edges but it does give us a taste of her quirky charisma.

Bara seduces, betrays and abandons every man she can lay claws on and has a grand time doing it. It’s all very corny but not nearly as wicked or kitschy as it thinks it is. However, it is a rare chance to see superstar Bara in the genre that made her a superstar. (She has one of the most abysmal film survival rates of a silent star of her caliber and almost all of her vamp pictures are lost.) See it, by all means, but know what you are getting into.

The family of Bara’s latest victim attempts to extract him but he will not go. The film ends with Bara sprinkling rose petals over his prostrate form. Told you it was corny.

Read my full-length review here. (I also go after a few misconceptions that have cropped up.)

If it were a dessert it would be: Splenda Chocolate Chip Cookies. Decadent on the surface but fails both as healthfood and as a guilty pleasure.

Availability: Released in numerous bargain editions but I recommend the Kino Lorber release as the excellent piano score from Philip Carli makes the picture considerable more entertaining and enjoyable.