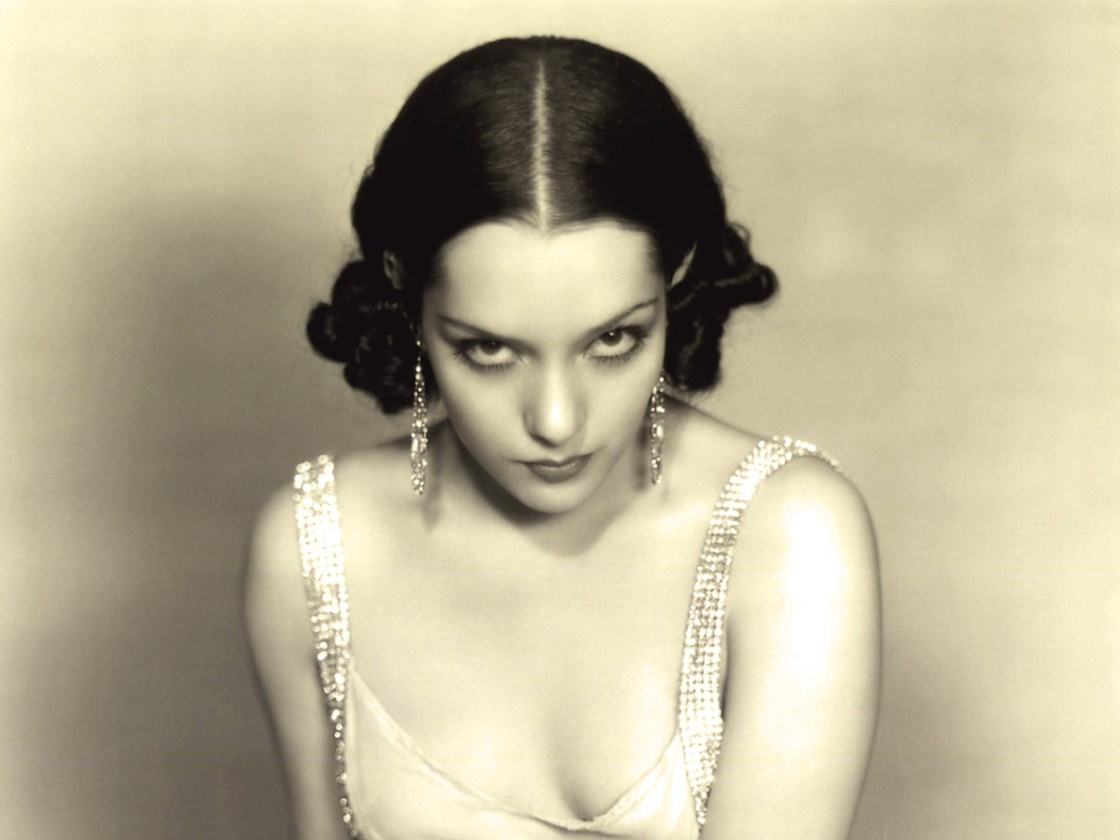 Welcome back! I am cooking my way through the 1929 Photoplay cookbook (recipes of the stars!) and you are invited to tag along. (I have listed all the recipes I have tested on this dedicated page. Check back often.) Today, we will be testing a recipe from one of the most vibrant personalities of the silent and sound eras.

Lupe Velez’s career has been overshadowed by her tragic death. No one can say for certain why she chose to take her own life and the record has been further muddied by cruel rumors regarding the exact circumstances. I will not dignify them by repeating them here.

Instead, we are going to talk about Velez’s career as one of the hottest starlets of the late silent era and her subsequent rebirth as a comedienne. 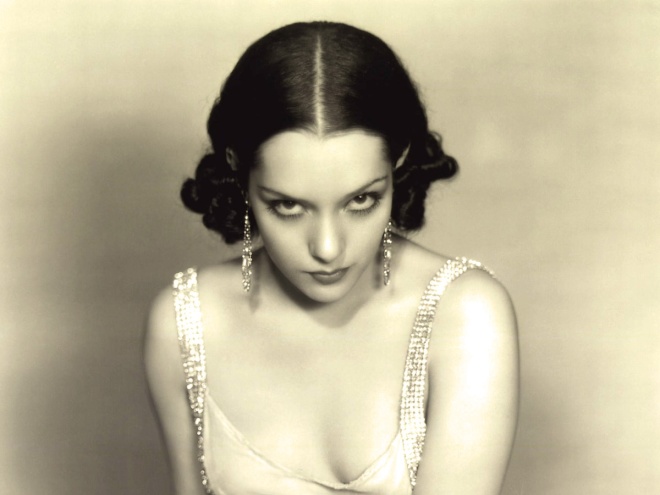 Born in Mexico, Velez got her big break when she was cast as Douglas Fairbanks’ leading lady in The Gaucho. Fairbanks was energetic in the extreme but Velez was more than a match for him. She followed up this success with a loan-out to Cecil B. DeMille’s studio and was cast as Rod La Rocque’s lady love in Stand and Deliver. She also won a part opposite Lon Chaney in Where East is East.

Velez was the lead in D.W. Griffith’s final silent film, Lady of the Pavements (originally entitled The Love Song), in which she wrested William Boyd from the clutches of Jetta Goudal. The behind-the-scenes story was much more interesting. Griffith liked to dominate and bully his actresses (the better to get them to hop, twirl about and kiss birds) but Velez refused to be dominated. Griffith tried to tire her out but ended up exhausted himself. Hurrah for Lupe! The film was not the blockbuster everyone had hoped it would be but Velez and her singing voice were widely praised.

Velez made a successful transition to sound and after a career slump she was back on top with her zany Mexican Spitfire series. She made her final appearance as Carmelita Lindsay in 1943, one year before her death.

Miss Velez was a vibrant talent on the screen but how about her recipe?

Hmm. It seems that according to Photoplay, Mexico does not exist. All Mexican and Tejano dishes are re-labeled as Spanish and “Spanish” recipes are invented out of whole cloth. I think the latter is true in this case. I am going to take a wild risk and wager that this recipe is 100% American.

Ben-Hur is just a brand name for black pepper. I am not sure why Miss Velez is so specific. The recipes says that the hamburger can be either raw or cooked. I opted for cooked as browning meat before adding it is almost always the right choice. I didn’t have a green pepper so I used a yellow one. They have a nicer flavor anyway.

As promised, the whole thing was ready in just a few minutes. Here’s what it looks like: 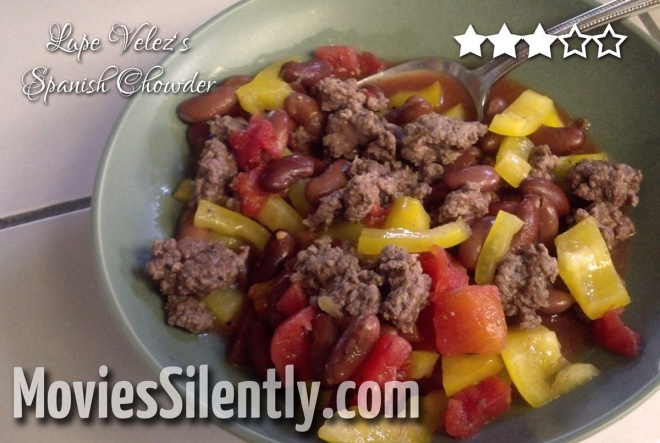 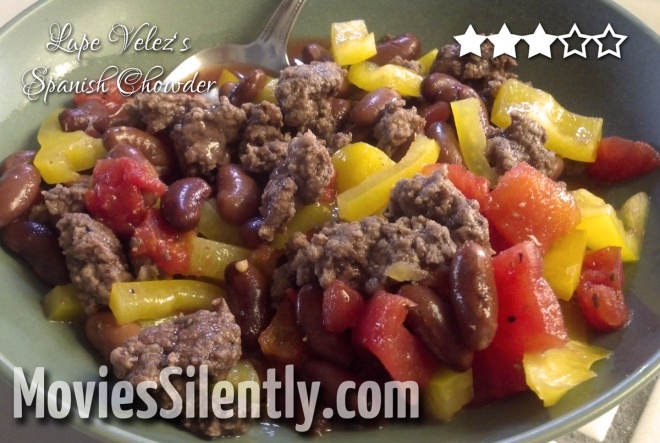 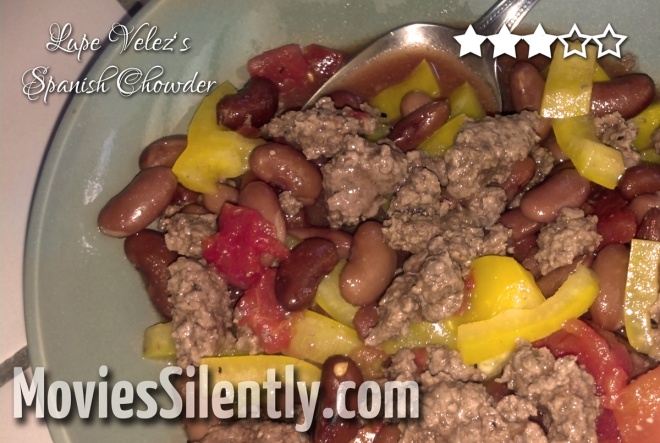 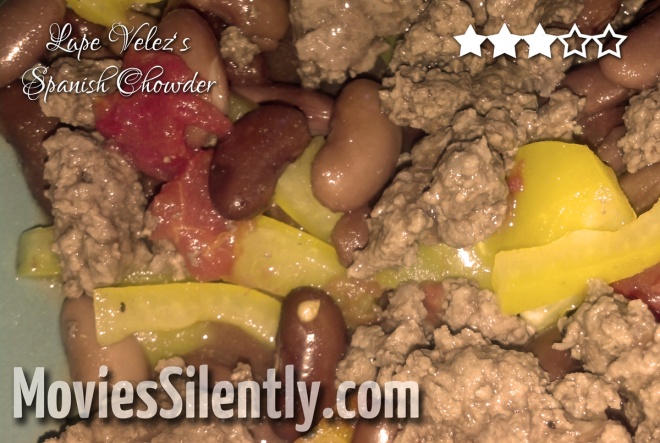 My rating: 3 out of 5. This recipe is lighting fast but it is also not particularly interesting. It’s not bad, it’s actually pretty tasty. It’s just that you can taste the shortcuts. The vegetables and meat would have tasted much nicer if they had been allowed to simmer together or if more interesting spices were added. Still, if you have sudden company, this recipes uses staples and is not that bad. You could do worse.

Can it be improved? I think some time in the slow cooker could probably do wonders. It would allow the meat to stew in the tomatoes and really pick up some flavor. Adding the peppers near the end would preserve their flavor.