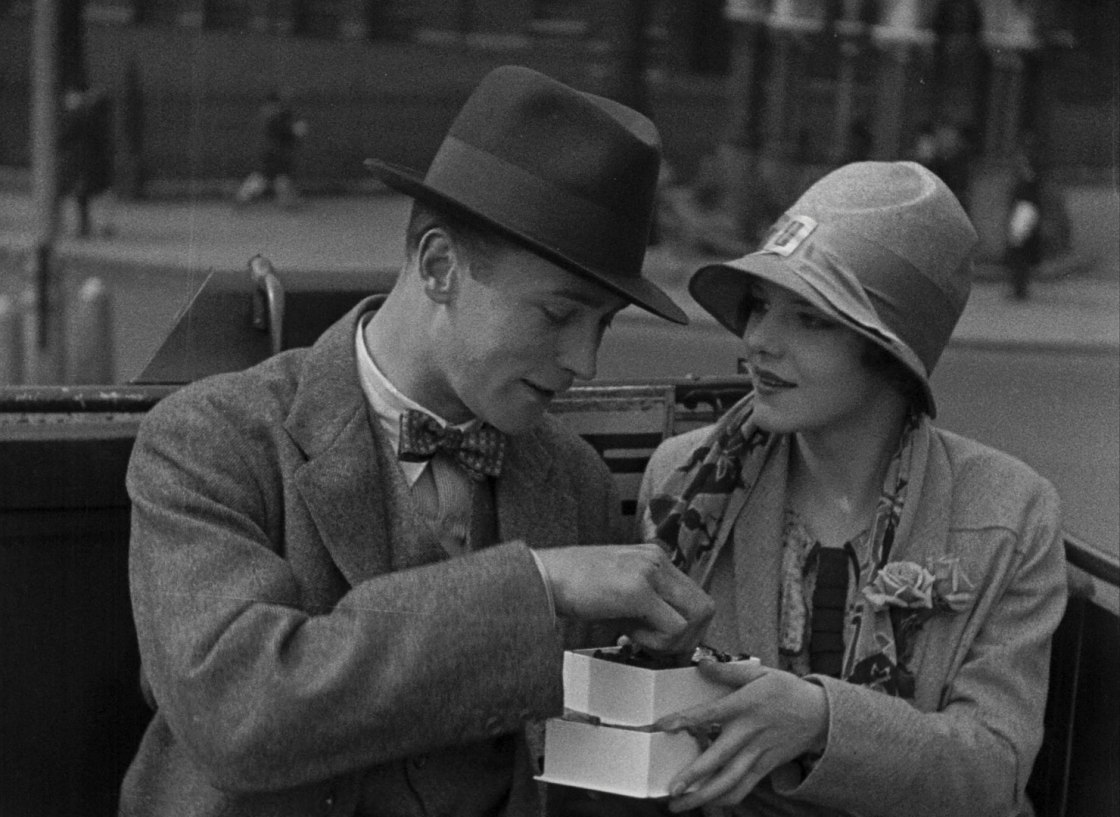 Unboxing the Silents by Movies SilentlyApril 20, 2019

These are both BFI releases imported by Kino for region 1 DVD and region A Blurays. As always, thanks to Kino Lorber for the review copies!

Both films are slated for release on April 23, 2019. You can order Shooting Stars here and Underground here.

Underground needed a lot more TLC than Shooting Stars but both look lovely.

A drama about “ordinary people” and just a pinch of melodrama.

As you can see, the restoration turned out rather well. It is detailed in a featurette included as an extra.

A dark behind-the-scenes comedy about the famous westerns of England.

The scores for both films are excellent. Shooting Stars features a jazzy, toe-tapping score by John Altman. Underground has a lush orchestral score by Neil Brand and an alternative modern score by Chris Watson that includes ambient sounds.

These discs are lovely showcases for these films and the quality scores add considerably to the experience. You can order them here.