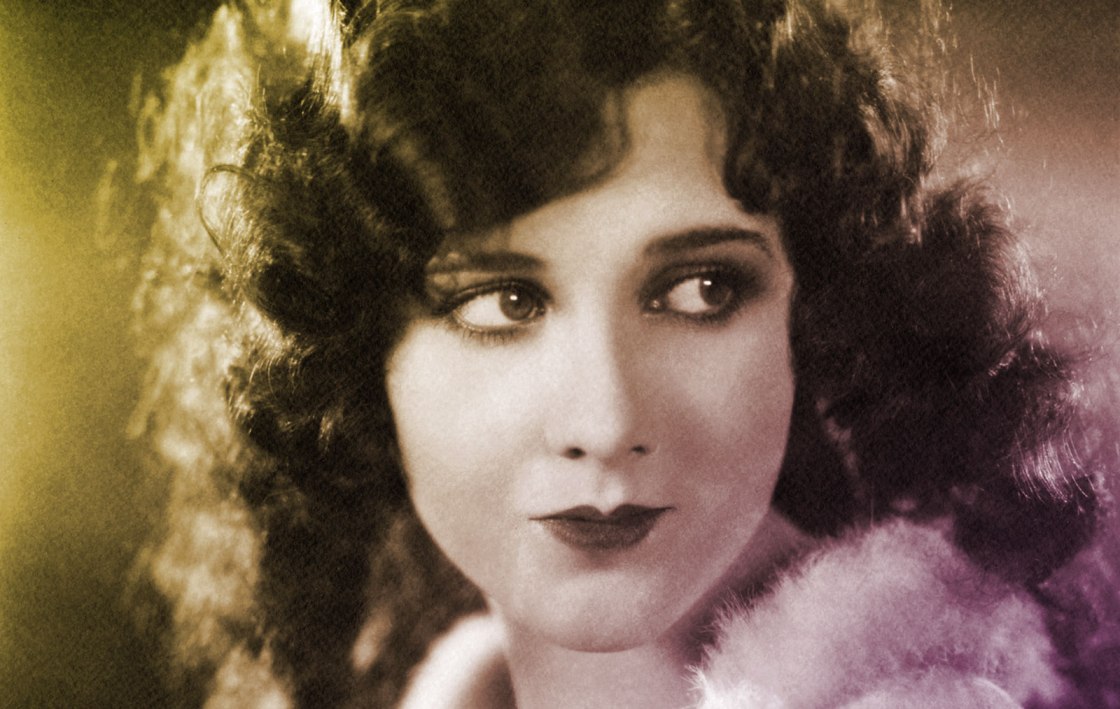 Welcome back! I’m cooking my way through the 1929 Photoplay Cookbook (150 recipes of the stars!) and this time around, we’re going to be trying out a plagiarized pudding from a starlet.

Mary Brian is probably best remembered today for playing Wendy opposite Betty Bronson’s Peter in the 1924 version of Peter Pan. She continued in assorted leading lady roles, made a successful jump to sound (she starred opposite Gary Cooper in The Virginian) and enjoyed decent success during the early-to-mid-1930s before retirement and then a return to poverty row and television.

Okay, so Brian’s career is pretty much standard trajectory for a starlet in old Hollywood: Breakout hit, a few good solo pictures, career decline after a few years and off to poverty row.

So, let’s talk about recipe plagiarism.

Three things struck me as odd: first, why was a twenty-three-year-old making a recipe named after Jenny Lind, the Swedish songbird who had toured the United States over a half-century before she was born? Second, why did the  recipe call for wine at the height of Prohibition? The other recipes in the cookbook are careful to shield themselves by calling for “flavoring” or near beer or merely hint at illegal additions. Third, the writing seems exceedingly stiff and formal, far more so than any other recipe in the book.

I started to do some research and soon found that dozens and dozens of dishes were named for Lind, including a totally different pudding. And then I came across a post about Miss Parloa’s New Cook Book and Marketing Guide published in 1880. The quoted recipe for Jenny Lind Pudding was identical to Brian’s, right down to the oddball wording. I took a look at the original publication and confirmed that, yes, this was the exact same recipe.

So, who ripped off Miss Parloa? There are three possibilities:

Whichever way it went down, all I can say is… BUSTED!

Okay, so now that we’ve exposed either Brian, Photoplay or Paramount as dirty, rotten recipe plagiarists (surely the scandal of the century), let’s get to work making this recipe. Incidentally, I served it at the Super Bowl. The humor of this will become abundantly clear once you see the finished product.

First, we need soft custard. I used this recipe (doubled) and it turned out very well. You can also use instant pudding, if you’re in a hurry, but the cooked stuff literally took just ten minutes from start to finish and it was deeeeelish! I added four tablespoons of cream sherry once the pudding was off the heat. Cream sherry is my go-to trifle soak. Don’t judge.

Trifle, if you are unfamiliar, is a gorgeous mess of fruit, pudding/custard, cake and alcohol. It’s my thing. Totally my thing. I get marriage proposals when I make trifle but I think that may be because I follow a wise woman’s advise: Don’t be mean with the booze. This Jenny Lind Pudding seemed very much like a coconut trifle, so I treated it accordingly, which meant dusting off my footed trifle dish.

And now for the layering. The recipe calls for arranging the cakes in a dish and pouring custard over them but I find that these kinds of recipes benefit from a bit of structure. Here’s how I layered mine: 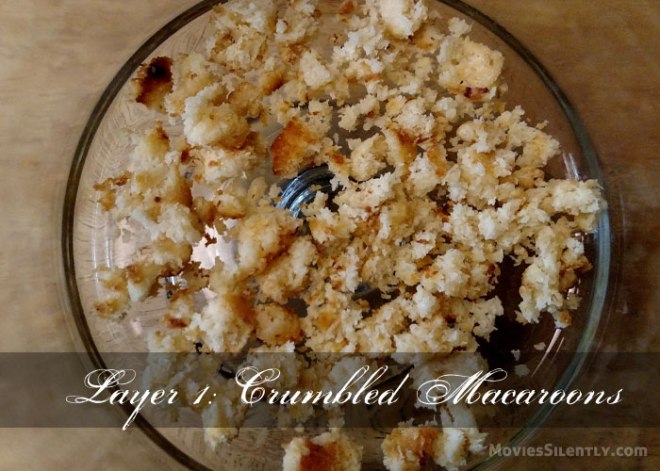 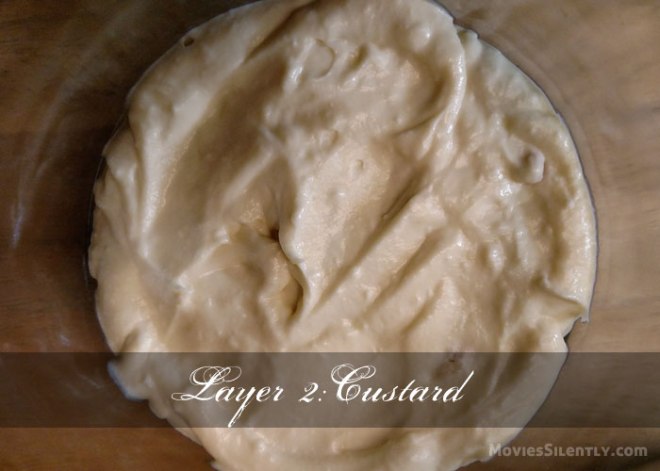 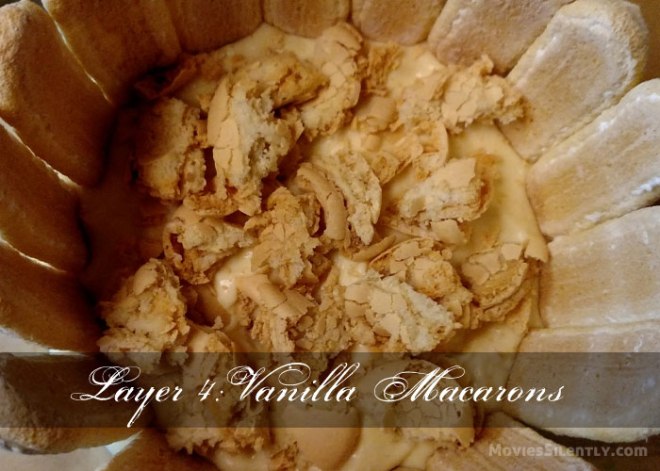 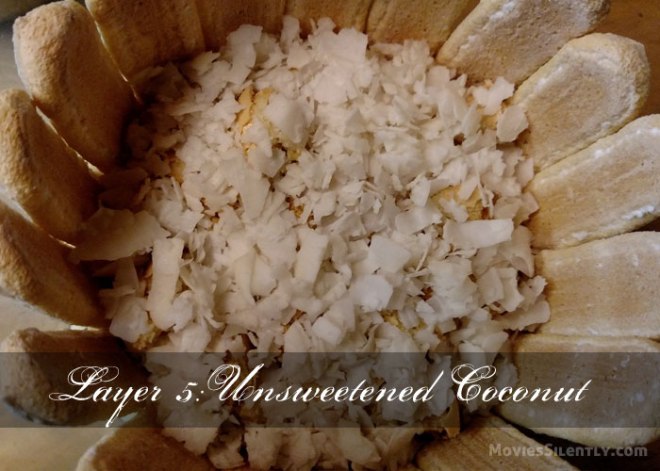 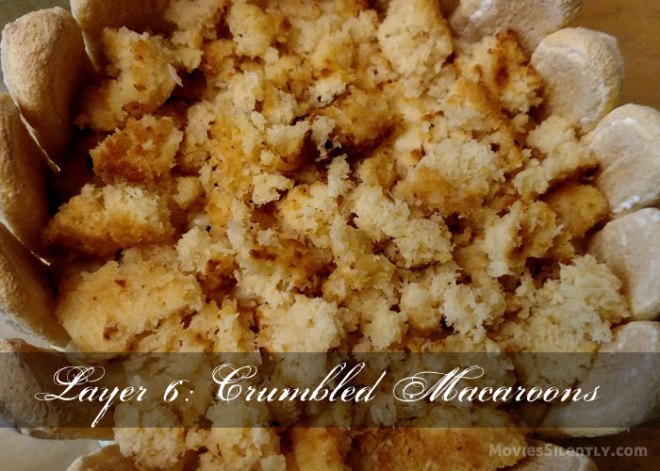 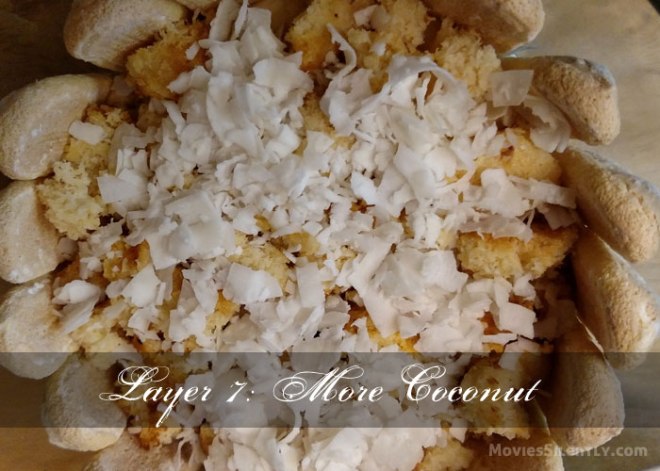 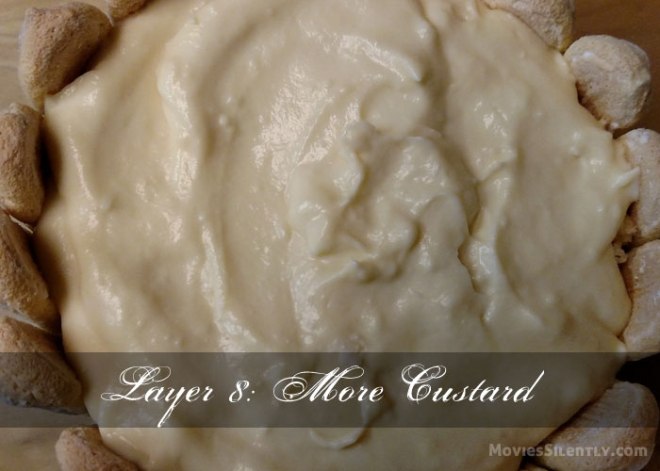 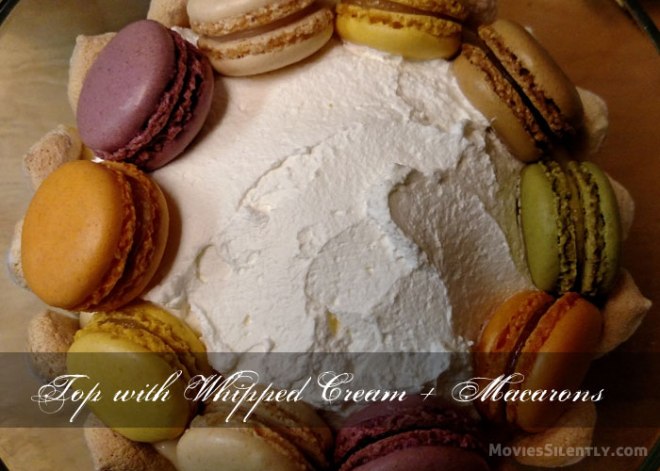 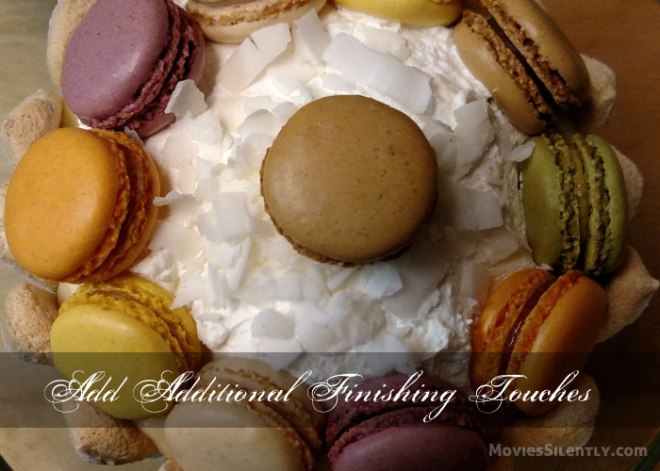 Because I was preparing this for a crowd, I made an executive decision and cut back on the coconut. A whole cup plus what was inside the macaroons? I wasn’t out to choke my guests, thank you very much. If I make this again, I will use even less and make it toasted. Or perhaps add some chopped macadamia nuts. I compensated for the lost coconut bulk by adding a layer of vanilla macarons.

Anyway, I topped the thing with whipped cream (unsweetened as the whole thing had a lot of sugar already), which was not in the recipe but I added anyway, and the multi-colored/flavored macaroons. And now you see why this was such a funny thing to serve on Super Bowl. Have you ever seen anything more frilly? 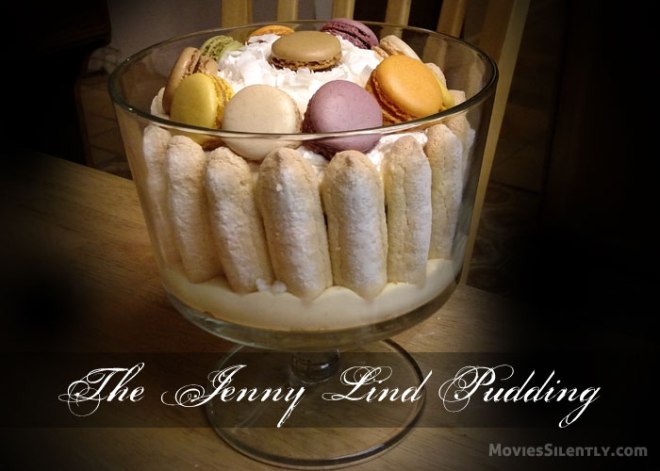 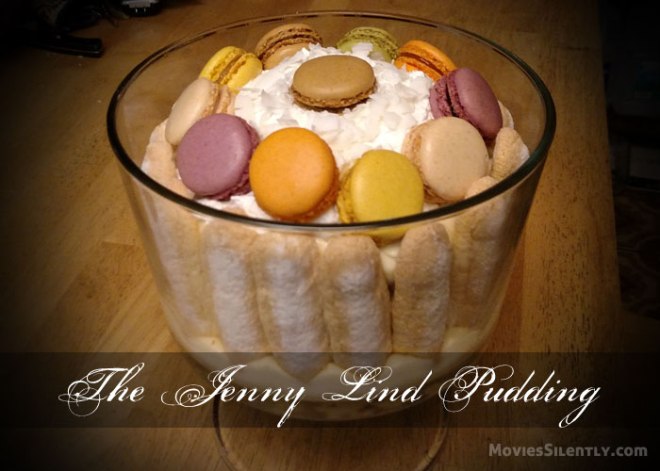 But this was a seriously tasty dessert. Even the reduced coconut amount was a bit choke-inducing but the pudding and other goodies melded together in that wonderful trifle way. You basically end up with a big mess o’ goodness with the ladyfingers softening, the macarons melting and the macaroons adding some chew. 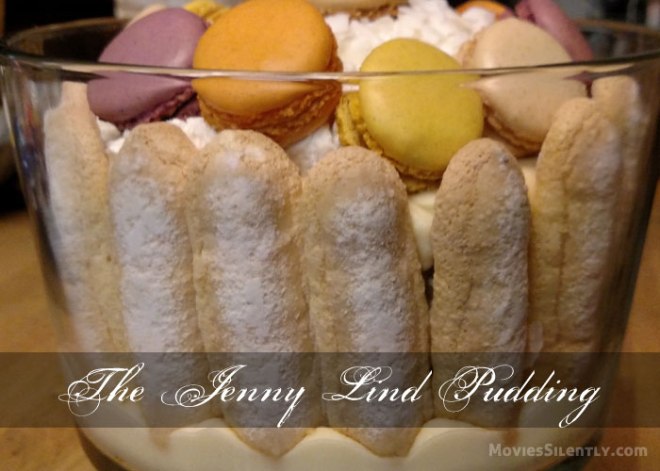 I reckon that it could comfortably feed six to eight as a generous dessert, possibly more if the dinner was large enough. It can easily be made vegan with the right cookies and the non-dairy custard of your choice and, of course, almost anything can be switched out if there are allergies to worry about. 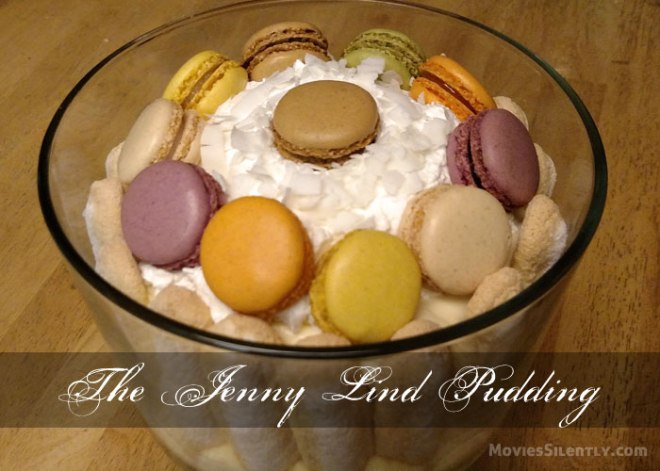 You can easily customize the color and flavor of this dessert with different nuts, crumbles, macaron flavors, etc. I can see a chocolate/hazelnut version being divine. All in all, a smashing success after some tweaks.