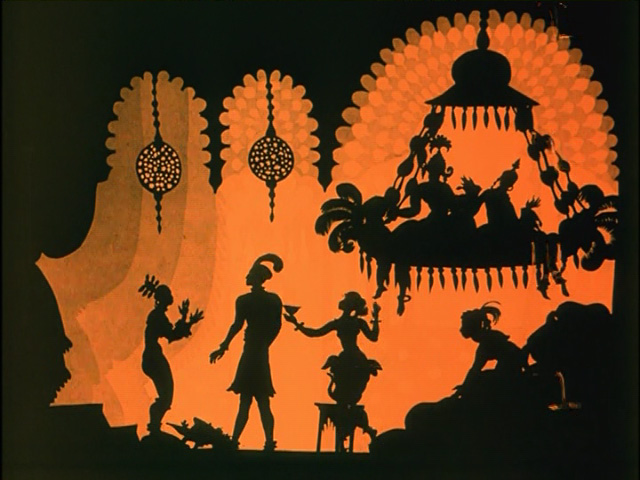 Regular readers have probably guessed already that I am obsessed with color in early film. While Technicolor and hand-color get a lot of attention, I wanted to take time to celebrate the workhorses of silent movie color: tinting and toning.

The vast majority of all silent films had at least some sequences of color and most of that color came from tinting and toning. The techniques could set the mood, help tell the story or just help soften the black and white film. Due to technological issues, tinting pretty much died in mainstream Hollywood pictures after the coming of sound, though there were some notable exceptions, such as the sepia in The Sea Hawk and The Wizard of Oz.

I should mention that tinting and toning are generally referred to collectively as tinting. Basically, tinting is for the whites while toning colors the blacks of film. The two techniques could be combined for a double color effect, which you will see below.

Okay, my lovelies, my goal here is to collect as many shades and tones in silent movie screencaps as possible. We’re making a nitrate rainbow! Ready?

(Roll over image to see the film’s title.)

Note that many of these shots are from films with restored or digitally enhanced color. Just FYI.

This post is part of the Classic Movie History Project. Read the other posts because they are fab!