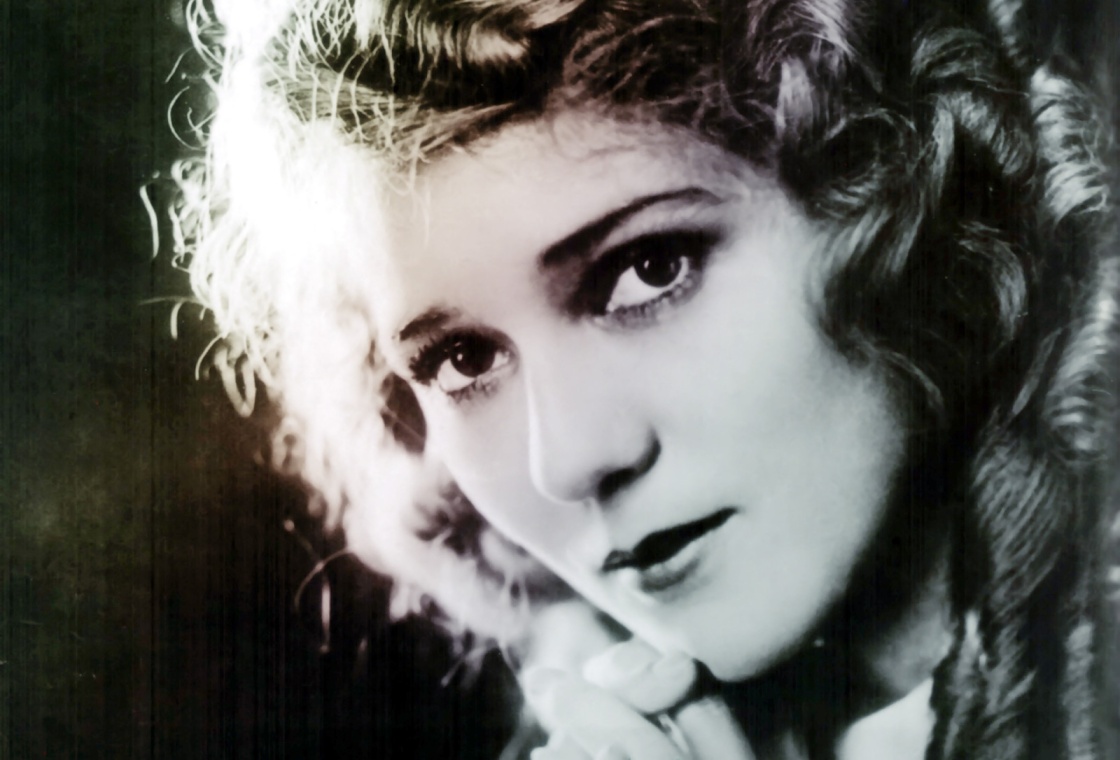 Welcome back! I am cooking celebrity recipes from the silent era and you’re invited to tag along. You can catch up on all my previous efforts here. Today, we’re trying out a dessert from one of the biggest stars of the silent era.

Mary Pickford needs no introduction. She was a skilled actress and comedian, a smart film executive and more than capable of directing or writing a script if that’s what was needed to get the job done.

Some people have the idea that Pickford was all about playing children in lace dresses. Ha! Her talents were far more versatile and anyone spreading this nonsense is hereby ordered to watch several of her films as penance.

Pickford was amazing on the screen but did she have any skill with tarts? We shall see! 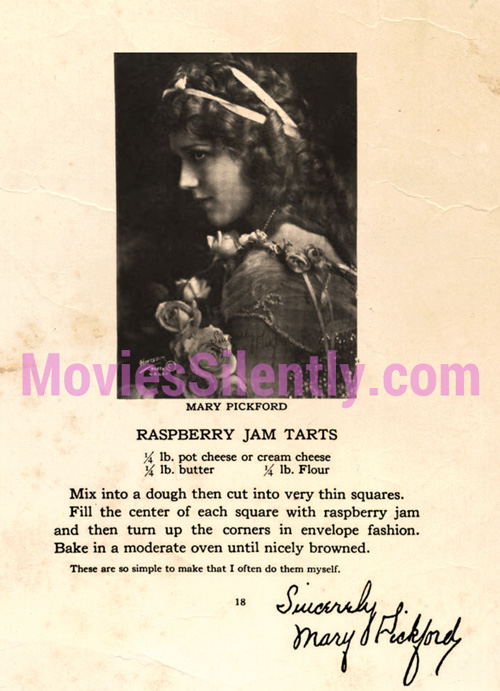 I should note that this recipe is from 1916 and Mary Pickford was married to Owen Moore at the time. One of his cuter antics was to order his busy wife, by then a top tier film star, to make his breakfast every morning. Just to show who was boss. “Make my breakfast, woman!” So, Pickford’s claim that she personally prepared these things is quite possibly true. I’m just amazed she didn’t sprinkle in a little cyanide. (She certainly traded up when she got together with Douglas Fairbanks.)

Well, that got a lot more serious than I intended. Let’s talk about ingredients instead. The dough required only three ingredients and I used all-purpose flour, unsalted butter and full fat cream cheese. Just the basic model of everything. For the filling, I opted for seedless raspberry jam as no one likes tiny seeds in their teeth. I also made a batch with blackberry but found there was not much difference in taste.

Things I learned while making this recipe:

The dough is VERY wet, though keep in mind that I made these on a rather humid day.

I experimented with sizes but found that smaller was better. I ended up with the best results when I did 1.5″ squares.

Be careful not to overfill. I used about half a teaspoon of jam per tart.

I tried chilling the dough but found more success with room temperature dough and lots of flour on my work surface.

I always like to use parchment paper on baking sheets but it is especially important here as almost all the tarts leaked some jam.

I baked the tarts in a 350-degree oven for 14 minutes, checking periodically to see if the bottoms of the tarts were browned. I then let them cool for 20 minutes because hot jam is basically lava right out of the oven. The yield was about 30 tarts but this will vary depending on how thin the dough is rolled and how large the squares are.

Score: 4 out of 5. While the wet dough was a little fussy, this is a very easy and fast recipe and it looks adorable. I was so pleased with how it turned out that I made a second batch for a party and they were very popular. In fact, I can see this recipe being a great one for kids learning to bake: four common ingredients, no special pans and plenty of hands-on dough action.

The jam gets nice and tangy, the pastry is soft and mild and it’s as adorable as can be! Perfect for casual dessert or for a picnic or potluck. I can also see these working very well for a tea party. I paired them with Nilgiri tea, if you were wondering.

I deduct one point for the fact that quite a few of the tarts flopped open during baking and its hard to get a consistent look. Not that this matters with kids and friends. I didn’t have a single tart left over, so I can safely describe them as a hit. Well done, Miss Pickford!