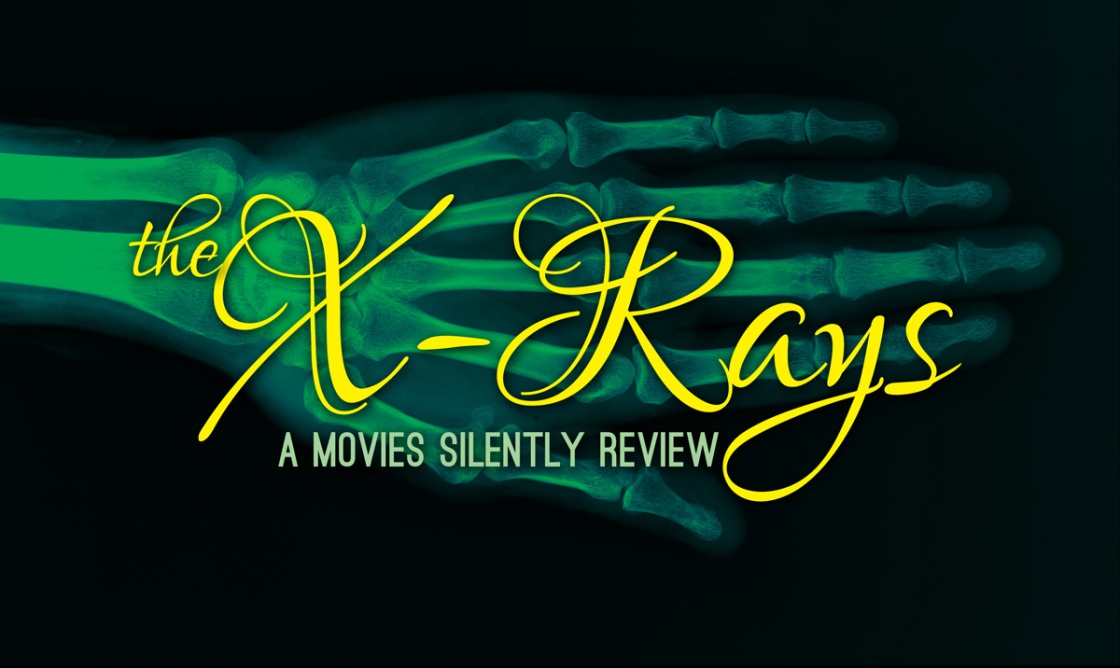 Have a spare 44 seconds? Then you may want to check out this charming trick film from 1897. A wacky scientist turns his x-ray machine onto a courting couple and the inevitable occurs. British film pioneer George Albert Smith brings his usual whimsy to the table.

This post is part of the Movie Scientist Blogathon hosted by Silver Screenings and Christina Wehner. Be sure to read the other posts!

Home Media Availability: Released via streaming by the BFI.

I see right through you!

When discussing movies from the 1890s, you usually have to explain that, yes, there really were movies back then. They were shorter and their stories simpler than modern films but they boasted attention to detail and the freshness of a new form of art.

The British were at the forefront of film in those early years. Most early (pre-1905) films we are familiar with today are French, Melies to be precise. There are also American selections from the Edison catalog but British film often get overlooked. This is a real pity because, in addition to technical achievements, they also boast a surreal wit that seems more Monty Python than Queen Victoria.

For example, The Big Swallow (1901) uses an extreme close-up to create the illusion of an unwilling photography subject eating both camera and cameraman. The Countryman and The Cinematograph (1901) is not just an early example of a film within a film, it was also a play on a trope that was already well-established: the rube terrified of the new motion picture technology. Grandma’s Reading Glass (1900), directed by George Albert Smith, uses close-ups, pans, iris effects and complicated editing (for its time) to replicate a child borrowing his grandmother’s magnifying glass.

Smith was also the director of The X-Rays (sometimes called The X-Ray Fiend), a film that is a perfect example of early British film’s triple charm. It boasts technical achievement, attention to detail, and wit in abundance and it fits all this into just under a minute of screen time.

The story? A pair of courting lovebirds (Tom Green and Laura Bayley) sit on a park bench. As they are canoodling, a mischievous scientist brings along his x-ray machine and turns it on the lovers. One jump cut later, we see the skeletons (including the ribs of the young lady’s umbrella) and then the scientist departs. The young man becomes too amorous and his girlfriend dumps him before departing.

The film has period charm to spare. While the skeleton costumes are often described as bodysuits, Laura Bayley’s skeleton outfit is clearly a long black dress with individual legs painted on. Victorian modesty prevails, even in x-rays! (Bayley was the wife of director George Albert Smith.)

X-rays came to public attention in 1895 thanks to the research of Wilhelm Roentgen and were first used under clinical conditions in 1896, just one year before The X-Rays was released. Needless to say, they became a sensation. Citizens with the wherewithal could purchase DIY x-ray kits with which they could photographed the skeletons of fish, nails in shoes and the bones of their own hands. It is possible that the man wielding the machine in The X-Rays was meant to represent an over-enthusiastic amateur scientist or photographer. (The grisly postscript to all this is that x-rays were hardly the harmless gimmick that almost everyone believed them to be.)

X-rays were just as big on the screen as they were in the real world. French directors Alice Guy and Georges Melies both released their own x-ray films in 1898. (Melies’ film is sometimes listed as having both 1897 and 1900 release date but it definitely follows the Smith picture chronologically.) Melies opted for a science fiction-horror approach, with the skeleton actually being extracted from the subject’s body, while Guy goes for comedy with x-rays being used to expose a smuggler posing as a pregnant woman.

Three great pioneers with three fascinating takes on the same technological breakthrough. While Guy was a clever groundbreaker and Melies was the master of whimsy and magic, George Albert Smith was just as much of a mad scientist as his mischievous character in The X-Rays. Like Melies, he had performed on the stage before turning to film (his specialty was hypnotism and displays of psychic phenomena) but once he started in the movies, he managed to find the balance between having his feet on the ground and his head in the clouds.

As mentioned above, he was a technical innovator, an early adopter of close-ups, pans, iris effects, jump cuts and snappy editing. (I always hesitate to name something as the “first” as so little silent film survives but Smith was most certainly early to the party.) And these were not just gimmicks; the technical finesse actually propelled the narratives forward.

Smith’s innovation proved to be a double-edged sword. His early color film process, Kinemacolor, was sued out of existence and with it died Smith’s motion picture career. Fortunately, unlike too many other silent era innovators, Smith was recognized and honored for his contribution to the motion picture industry before his death.

Here is a 1906 film demonstrating the Kinemacolor process with Scottish tartans, along with a 1908 film featuring a young lady clad in patterned kerchiefs, both from the BFI’s collection. The textiles are a perfect showcase for Kinemacolor’s strong reds.

(You can see a more technical demonstration of Kinemacolor here but be warned that the video contains a considerable amount of flickering and flashing colors so please be careful if you are prone to seizures that can be triggered by light patterns.)

The X-Rays is really more of a vignette than what we think of as a full motion picture but it has charm in abundance. I can easily see it as quirky animated sequence for a variety or sketch comedy show. Its attention to detail clever use of early special effects makes it a must-see for anyone interested in film history.

The X-Rays is held in the BFI’s archives. It has been posted to the BFI’s official YouTube channel and may be watched for free.