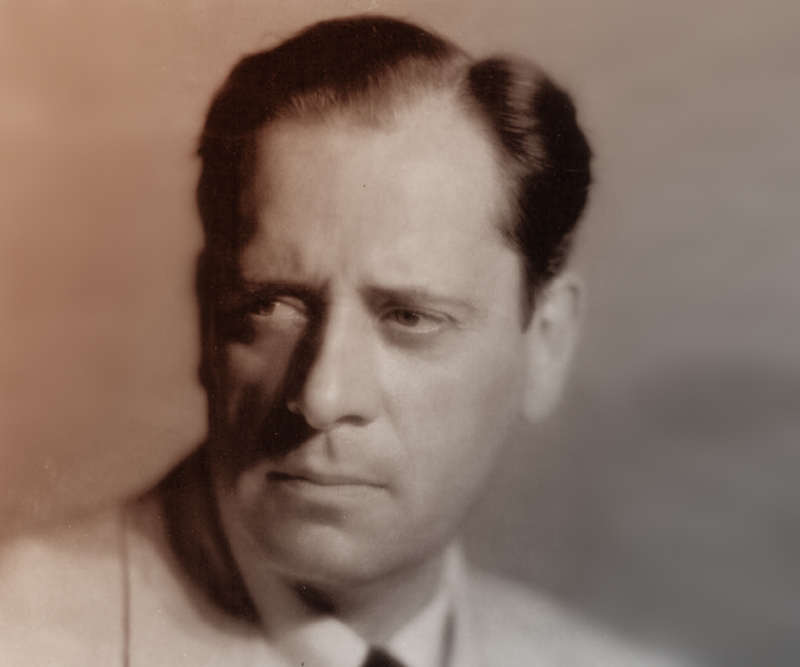 Welcome back! I am cooking my way through the 1929 Photoplay cookbook (recipes of the stars!) and you are invited to tag along. (I have listed all the recipes I have tested on this dedicated page. Check back often.) Today, we will be testing a recipe from someone who can definitely be considered a “that guy” actor.

Sam Hardy is pretty obscure today but there is a very good chance that you have seen one of his performances. A stage veteran who had attended Yale before being bitten by the acting bug, Hardy made his first credited appearance in 1915. Hardy supported Marion Davies in Little Old New York, Colleen Moore in Orchids and Ermine and was leading man to Barbara Stanwyck in Mexicali Rose, a silent-talkie release that was only her second credited screen appearance.

Hardy continued to work steadily in the talkies. He played Benny the Gouge in Little Miss Marker and Weston in King Kong. His final credited role was as Big Steve Ogden in Powdersmoke Range, which was a reunion picture for western stars Harry Carey and Hoot Gibson. (The pair had not worked together in nearly twenty years.) That same year, Hardy passed away from surgical complications.

Now that we know a little about Mr. Hardy, let’s take a look at his recipe and see how it measures up.

Not terribly complicated but where will the flavor come from? Bread crumbs and eggs are not the most flavorful of foods and the canned clams don’t have the oomph of their fresh cousins.

Would I have to spring for fresh clams? Fortunately, I keep canned clams on hand at all times. My cat was abused by the “rescue” that had him. He staged a bold escape, I found him in a shrub and he is now a very spoiled little chap, though his eyes and respiratory system are still not 100%. (The vet is working on that and he has improved a lot.) Canned clams are his happy food.

Anyway, back to the recipe! It all went together pretty easily. I used store bought bread crumbs because I was lazy. I also did not obtain clam shells for displaying the recipe. In the first place, they’re hard to buy sans clam in my neck of the woods. In the second place, I am not sure it would have made a huge difference.

I baked the cakes at 350-degrees for about twenty minutes. (I should note that I live at a high altitude.)

My rating: 2 out of 5. These things are bland and dry, almost a chore to get through. There is nothing overtly nasty about them, they are just boring. Kind of like Talmadge sisters movies. (Ooo! Burn!)

Can it be improved? Not really. It needs a lot more moisture and flavor but adding these components would make it a totally different food. This needs an onion, some celery, a dash of cayenne and maybe some bacon (pork, turkey or veggie). Here’s a recipe that calls for more egg, dehydrated onion and deep-frying. Sounds yummy!

Other uses: That’s not to say that this recipe is useless. I am going to share something that is so evil, so heartless that I hesitate to post it lest it fall into enemy hands.

What the heck! Here is the plan. Make a batch of these clam cakes. Make a batch of oatmeal cookies. Mix them together on a pretty plate. Wrap them in colorful cellophane and tie a big bow on top. Leave them on the doorstep of that neighbor who always plays Nickelback at three a.m. Wait for the screams.