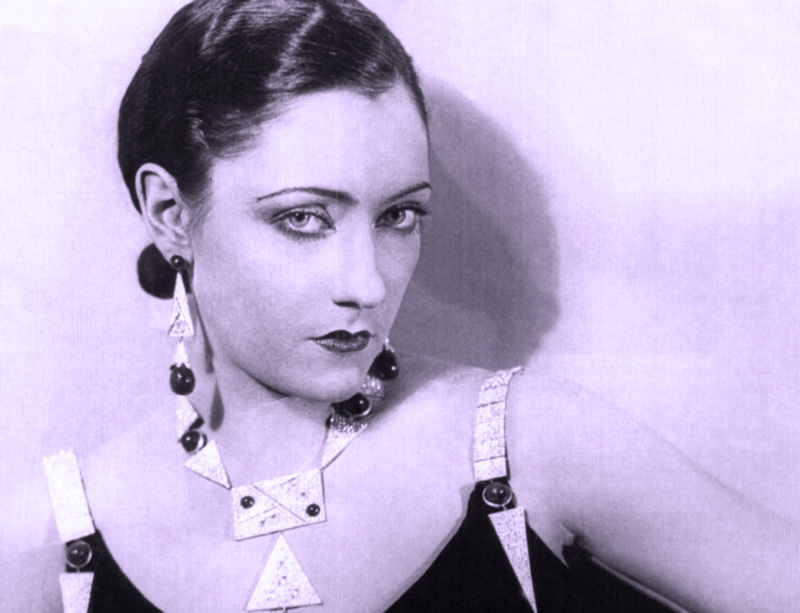 Welcome back! I am cooking my way through the 1929 Photoplay cookbook (recipes of the stars!) and you are invited to tag along. (I have listed all the recipes I have tested on this dedicated page. Check back often.) Today, we will be testing a recipe from someone who is considered to be one of the symbols of silent film.

Gloria Swanson started in comedy, jumped to drama and was one of the top stars in the world throughout the silent era. Her career took a dip when she accepted career advice from her lover, Joseph Kennedy, compounded by the fact that the extravagant dramas that she was associated with were no longer stylish. She had an excellent voice, both for singing and speaking, but did not enjoy the same level of success in talking pictures. That is, until she was cast by a certain Mr. Wilder…

Swanson was a star and she knew it. She embodied the glamor of the silent era and always knew how to rock an ensemble. She also wrote a memoir that is pretty much the gold standard of silent actor tell-all autobiographies. (Swanson on Swanson

should be part of a welcome package for new silent movie fans.) While her Sunset Boulevard role made her an icon to a new generation, never forget that she was amazing in her prime.

Later in life, Swanson became an advocate for all things health-foody, macrobiotic, raw and sugar-free. So, it is not without a bit of irony that I present her recipe for the cookbook, a faux fudge that is pretty much all sugar.

A pretty simple recipe, as candy recipes go. Perhaps a little too simple? See, candy is wonderful but I like my sweets to have a bit more complexity, especially if they are home-made. Just sugar and cream? In theory it should work but would it be good enough to warrant an entire pan-full of the stuff?

I’m not going to lie, candy making is not my favorite kitchen activity. There is so much stirring and testing and beating. I keep thinking that I could have whipped up a batch of cookies or a cake in half the time. However, Gloria Swanson beckoned so I gave it a try.

I think it’s a mistake to call this a fudge. It hardens up quite crispy (notice that the recipe says to “break” the candy, not slice it) and is really heading into butterscotch territory. I think my version ended up a little grainy but I blame myself and not the recipe. However, the texture was not unpleasant. It may have been better if I had added the optional pecans.

The stuff took forever to firm up. I just ended up storing it in the cold oven and going to bed. The recipe was not kidding about the buttered dish thing, by the way. I greased a 9×13 baking dish with a few tablespoons and the fudge still stuck.

Here is the result:

My rating: 2 out of 5. This stuff is the very essence of sickeningly sweet. Basically, the first bite is okay and then when you take the second one, you start to feel more than a little lightheaded. By the time you take a third bite, you are fairly certain that diabetes is imminent. If you manage to take a fourth bite, you will probably be sick.

I can see it being better in tiny portions but the recipe produces an incredible amount of candy. It more than filled my 9×13 dish and likely could have slopped over into a smaller dish as well.

All I can say is that if Gloria Swanson was really eating like this, she needed to go on a sugar-free diet. One session with this fudge and you will get your sugar intake for the month.

Can it be improved? Not really. Not without turning it into a whole other candy.

Eat this instead: 4 Ingredient Peanut Butter Fudge. No cooking required, this is a truly fast faux fudge.