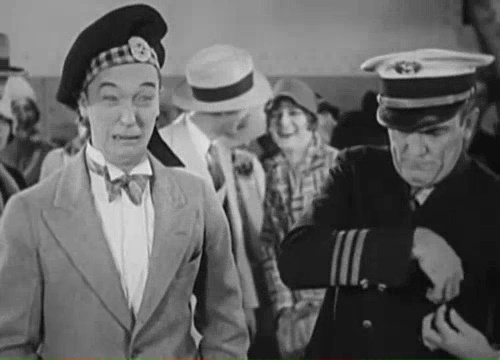 Stan Laurel and Oliver Hardy were paired when this film was made but they were still working out their signature personas. In this case, Stan is Ollie’s clueless Scottish nephew whose kilt proves to be a bit… revealing. Chaos ensues as Ollie tries to… well, look at the title.

This is a rougher, wilder Laurel and Hardy with Stan chasing women a la Harpo Marx and the exasperated Ollie trying to make peace and clean up the mess he leaves in his wake. Special shoutout to Dorothy Coburn as the sassy dame who is pretty sick of the whole thing.

Stan tries to be chivalrous by placing his kilt over a mud puddle but is rejected. It’s going to be a long visit.

If it were a dessert it would be: Fig Newtons. In the old style but tasty.