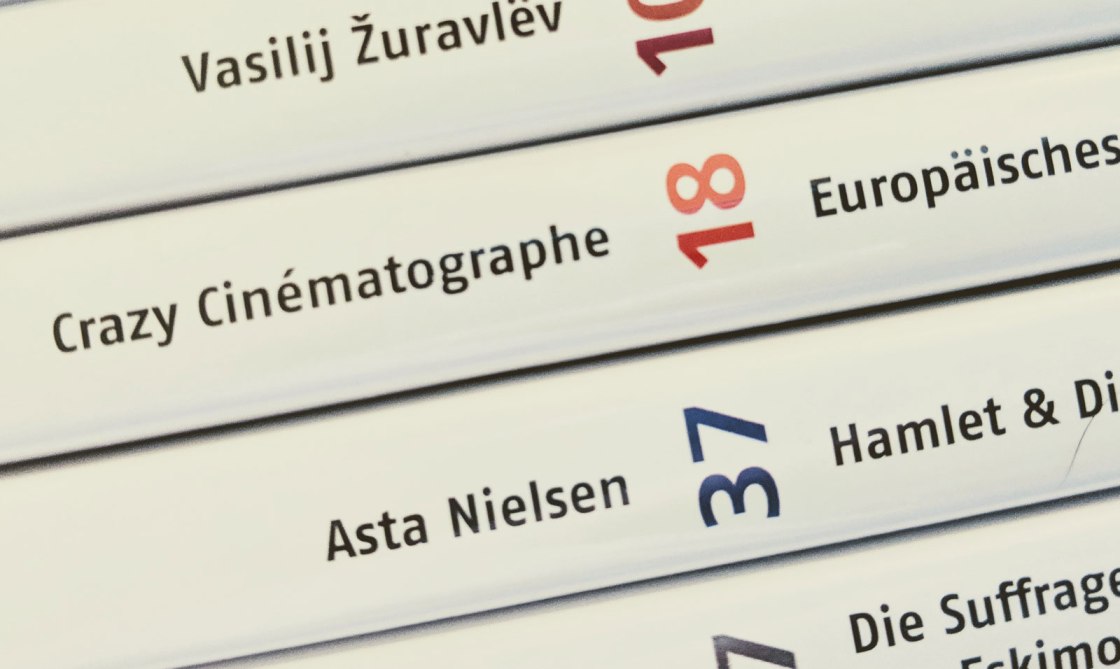 Well, I received a small but unexpected tax refund so I decided I would finance the purchase of some movies that I have been eyeing for a little while. If you’ve been reading my site for a while, you probably know that I adore the Edition Filmmuseum series and that was where I decided to spend my money. (The Euro-to-Dollar exchange rate is pretty favorable right now.)

Edition Filmmuseum is based in Germany but specializes in films from all over Europe. What I love about them is their willingness to choose an obscure and nerdy theme and then fill a couple of discs with obscure content relating to it. For example, their Kafka Goes to the Movies set includes every surviving film they could find that was mentioned by Kafka, reviewed by him or even footage of an event he attended in the flesh. It’s so cool and random and it’s one of my very favorite DVD sets.

To make everything better, the picture quality is sparkling and the scores are performed by some of the best accompanists in the business. The discs are PAL format so make sure you can play them before ordering if you are in North America. I received my package (Munich to California) in about a week. Not too shabby at all!

I ended up having enough money for six of the collections offered and I am going to give you a whirlwind tour. I have not had a chance to dive too deeply into their contents but I will be linking to the product page, which have the complete title list. (Click DVD image to see product page.)

This is a two-disc set with the title feature and a second disc of supplemental shorts, commercials and newsreels shot in and about Cologne. (The title translates to The Beggar from Cologne Cathedral or something like that.)

What made this a must-buy for me is this line in the description: “A typical example of popular German mainstream cinema in the 1920s: a detective film shot on location with humor and suspense. “

Because, you see, “typical” for the 1920s is not typical for home video releases. German crowdpleasers and trash cinema have been pretty much ignored unless directed by big names known for artier fare. The emphasis on art films and “everyone dies but here are real shots of Berlin” pictures has skewed the historical record. German audiences loved comedies and lighter fare as much as anyone else but this is the sort of thing conspicuously lacking on the home video market.

So, obviously, this was absolutely at the top of my wishlist.

I don’t need to be told twice about silent Soviet science fiction! This is a solo disc with the two films only.

Another grab bag and I am so here for it! This is a two-disc set that features the kind of films that would have been shown at fairgrounds. The second disc also features the work of “local” filmmakers who shot pictures of the area and then charged the townspeople to see themselves on the screen. This disc is of particular interest because it has films made in Luxembourg.

The set contains a total of fifty films and is exactly the kind of “release everything” collection that I crave. I can’t wait to sift through it.

Asta Nielsen needs no introduction. I wanted a nice copy of her Hamlet and every screenshot I have seen of this edition has been impressive. Alas, Die Filmprimadonna is incomplete but I will take what I can get!

Why not? Four more pictures starring the beloved Asta Nielsen:The Suffragette, The ABCs of Love, The Eskimo Baby and The Queen of the Stock Exchange.

Asta Nielsen was not the only Danish film star. I am always ready to expand my knowledge and so I opted for this set of Valdemar Psilander pictures from the 1910s. The three titles are Temptations of a Great City, The Great Circus Catastrophe and The Candle and the Moth. I am looking forward to seeing Mr. Psilander on the screen!

So, that’s my haul! I think I purchased a pretty good variety and I will be adding these pictures to the review mix soon.