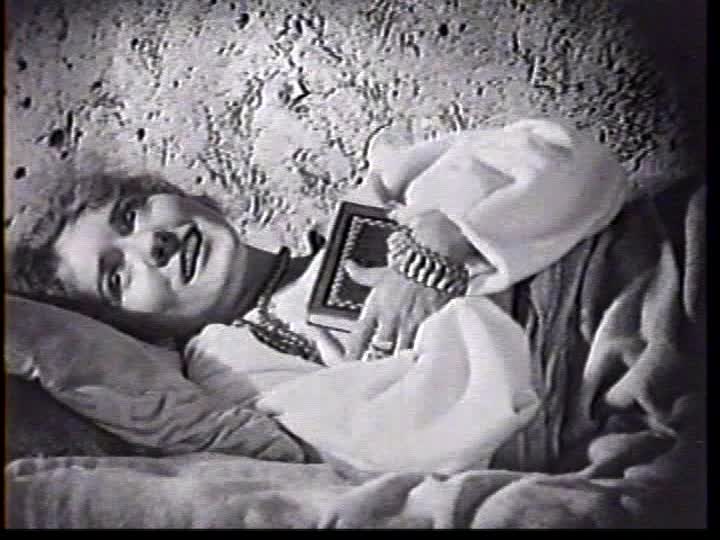 Mary Pickford stars as Radha, a cute kid from… India? Yep. She falls for a British officer, of course, and gets into all sorts of adorable antics, kind of helps an uprising and then come the roast beef jokes. Shoot me.

Now in Injia’s sunny clime, where I used to spend my time…

Mary Pickford was the queen of the movies, a talented and popular performer whose brand was built on quality productions. Of course, even the best and brightest make mistakes. Less Than Dust was widely seen as a failure for Pickford back in 1916. Has time been kind to the film? That’s what we’re about to find out.

Pickford had been fighting for better scripts and more creative control at Famous Players-Lasky. A businesswoman to her core, she recognized the connection between box office and power and knew that her career could slip away with just a few unfortunate films. (For more details on Pickford’s career, I recommend Pickford: The Woman Who Made Hollywood by Eileen Whitfield.)

Artcraft was a special studio division designed to class up the joint around Famous Players-Lasky. It was to distribute the films Pickford produced and Less Than Dust was the maiden voyage of this endeavor. The picture follows the rather bizarre tradition I like to call Around the World in 80 Marys. Pickford had played an Inuit (Little Pal), a Japanese woman (Madame Butterfly) and Hulda from Holland is pretty self-explanatory. For Less Than Dust, Pickford is called upon to play a young woman from India. (Norma Talmadge endured similar nonsense, being cast as Chinese woman in The Forbidden City, a Native American in Heart of Wetona and a Russian in The New Moon.)

Radha (Mary Pickford) is the daughter of a swordmaker. She spends her days haggling with shopkeepers, learning English from a local tutor and stealing anything that is not nailed down. Radha meets and befriends Captain Richard Townsend (David Powell), a dashing British officer.

All is not flowers and unicorns as Radha’s dad and a few of the other locals are planning an uprising against the local regiment. It seems they are ticked off about a vaccination initiative. (The more things change…) This clearly calls for violence and they have a stash of weapons hidden under the floor of Radha’s house.

Radha knows about the planned uprising and is a bit upset but she has bigger concerns. The local cougar has her eye on Captain Townsend and she calls Radha “dirty”. Naturally, this is a blow to our heroine’s self-confidence and so she decides that a makeover is in order. (The punchline of all this is that Radha really is filthy. Sigh.)

Determined to make an English dress, our heroine shoplifts some fabric, is chased by the Muslim shopkeeper and ends up falling into a sacred pool, which is blasphemous to Hindu worshippers. A mob begins to chase her but she is able to evade her pursuers by directing them to attack the shopkeeper instead. Inciting religious violence is always such a charming activity for a movie heroine, isn’t it? Especially when the target is humble shopkeeper trying to retrieve stolen goods. Why, he was asking for it!

Now for that dress. Radha flips through an English fashion magazine and selects her dress design from the underwear section. This is clearly meant to be a real thigh-slapper but the joke’s on the filmmakers as the shift dress that Radha produces would be the height of fashion in ten years time.

Then we get more of the uprising, Radha playing both sides. Captain Townsend gets shot and sent back to England, Radha’s father is arrested and that’s that. Almost. You see, her father has a confession: he’s not really her father. She is a 100% English lady with a title and inheritance and everything. I’ll bet none of you saw that coming!

The narrative comes to a screeching halt in the final reel as Radha travels to England to regain her inheritance and finds herself in all sorts of “comical” fish out of water scenarios. She thinks a suit of armor is a god! She sleeps outside! She cries when she sees roast beef! Oh, and her dark complexion really is dirt after all! What, you’re not laughing? All ends in love and smiles for our couple, naturally, but not for the audience.

Oh my gravy, that was a painful cinematic experience. Audiences of 1916 were similarly indifferent and Less Than Dust proved to be a box office disappointment for Pickford. I won’t mince words. (When have I ever?) Less Than Dust is awful in every way and I hate it so much that I can barely see straight. It is badly written, badly acted, badly structured, smug, racist and stupid. I think that covers everything but if you want a more detailed post-mortem, follow me.

Are we really supposed to believe that Mary Pickford could darken her face with shoe polish or whatever and be a convincing Indian woman? One that fools even other Indians? Puh-leez. This goes back to the annoying attitude that Caucasian is the “basic” human model and all other races add or subtract from that model. Wanna be Indian or an Arab? Darken your skin and you’ll fool everyone! Wanna be Chinese or Japanese? Get the adhesive tape! This attitude persisted for decades, most infamously when Sean Connery “becomes” Japanese in You Only Live Twice. Fritz Lang pulled out this old chestnut for his Indian Tomb films. Because when you think Bengal, the first name on your tongue is Debra Paget.

Even if this film hadn’t been racist, it would still be terrible. It manages to be so predictable, so dull, so small-scale that there is no way for it to succeed. The uprising is meant to be suspenseful but for much of the film, we are shown three guys plotting in a shed. We finally see more conspirators but all they do is talk, talk, talk. I’m frankly shocked that there aren’t a few members of the Trade Federation thrown in as I suspect that George Lucas went back in time to direct this thing. (It was actually John Emerson but I won’t mess with your fantasy world if you won’t mess with mine.)

The romance doesn’t work because Radha and Townsend share only a few scenes. I think we see her more with her English tutor than with the guy she is ostensibly attracted to. Did I mention that Townsend is really her cousin? Well, he is. Way to keep the family tree going straight down, guys.

I will say this for the film: Pickford tries, she really, really tries. As a performer, she has always exceled at physical comedy and there are a few genuinely cute bits here. The problem is that we have Pickford being charming interspersed with the idiotic plot. And even when a bit lands as intended, it is soured by the nasty, condescending attitude that screenwriter Hector Turnbull brings to the plot. “Let’s smirk at these primitives, shall we?” We are not intended to laugh with Pickford’s character but at her.

Erich von Stroheim was employed as an assistant director for this film and later claimed that Less Than Dust had been a masterpiece before Pickford took to the editing room and sliced it to ribbons. I believe we can safely discount this theory as I cannot imagine any additional footage that would have saved this film. It plods at seven reels, one can only imagine how horrific a longer version would be. (Also, consider the source. Von Stroheim was not deemed a “footage fetishist” for nuthin’.) Given my relative enjoyment of Pickford’s films vs. von Stroheim’s films, I am in Pickford’s corner.

The problems really have little to do with what was cut and everything to do with attitude. Frankly, this movie is a study in smug. I actually enjoy well-made classic Hollywood raj adventures (Gunga Din and King of the Khyber Rifles, for example) but Less Than Dust is simply too much. The smirking attitude toward the citizens of India is insufferable and not even Mary Pickford’s charms can save this repulsive bomb.

(No, I don’t want to “look at context” because it’s not a get-out-of-jail-free card. Wrong is wrong and it isn’t any less wrong just because a certain number of people were doing it at the time. If you want context, I suggest you study the Indian independence movement, which was just about to heat up when this film was released.)

Less Than Dust was considered a turkey in 1916 and the years have not been kind to it. Avoid at all costs.

Must you? Okay, it was released on DVD by Alpha but it’s pretty faded and has a repeated scene near the end.