Welcome to September. This month, I am going to be featuring silent performers who have fallen into obscurity but who (in my opinion) deserve to be better known.

It could be argued that any silent film star who is not named Charlie Chaplin fits into this category so let me be more specific. The stars I choose will be performers whose names are often met with a “huh?” by many silent film fans. They don’t make anyone’s top ten list and they certainly are not recognized by the general public. However, each and every one has something to offer viewers who want to step off the beaten path.

So sit back, relax and enjoy the reintroduction of some charming talents.

(Please check back throughout the month, I will be listing my reviews here.)

Popular leading lady of the ‘teens, Markey left the screen for the stage well before sound movies were a factor. She later returned as a character actress, most notably in The Andy Griffith Show.

Enid Markey’s greatest claim to screen immortaility is as the very first Jane in the very first Tarzan movie, 1918’s Tarzan of the Apes, and it is the film I am reviewing to showcase her talents. 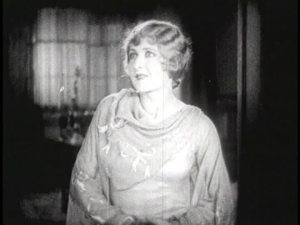 Often dismissed as one of Charlie Chaplin’s many exes, Harris was a charming and talented actress in her own right both before and after her marriage. She showed great versatility and was always an asset to whatever film she appeared in.

I am showcasing Harris in The Cruise of the Jasper B, one of the craziest comedies of the 1920s. Harris plays a dizzy heiress with a valuable will written on her back. She is, naturally, pursued by a villain with a sponge. 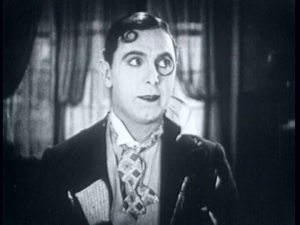 An acrobatic comedian from a long line of successful entertainers, Lupino Lane starred in a series of charming short comedies in between character parts in major films. He’s pretty much forgotten outside of silent comedy circles, which is a pity as he is delightful.

Lane shows his stuff in Naughty Boy, the misadventures of a dapper gent who is forced to pose as a small child.